I use my Crock-Pot to make lots of frugal dinners for my family. Tonight it was chili. A few nights ago it was “fried” chicken in the slow cooker. Last week I made barbecue pork chops. One surprise hit with my family? Slow cooker French toast.

Crock-Pot French toast is the perfect recipe for weekend mornings, when the last thing you want to think about is making breakfast. You can put the ingredients in the slow cooker the night before, on low, and the dish will simmer through the night and be ready in the morning. It’s a cheap, easy breakfast dish. Plus, if you’ve got stale bread you don’t know what to do with, you can transform it into delicious French toast overnight. 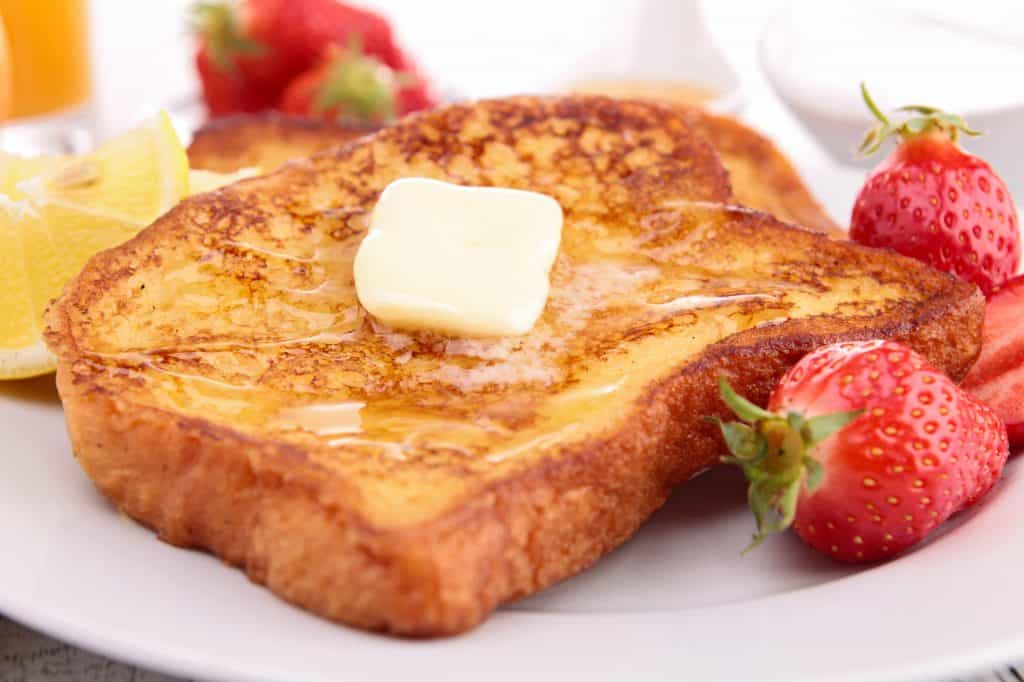 First off, kudos go to Stephanie O’Dea from “A Year of Slow Cooking.” She’s the one who first introduced me to the concept of making slow cooker French Toast. In case you’re not familiar with Stephanie’s blog or book, she spent a year making dinner in the slow cooker every night.

I first tried her recipe in 2009 and ended up with a mushy version of bread pudding that I loved but everyone else in the family did not. For them, the texture of mushy French toast was too much to handle.

When I decided to try the Crock-Pot breakfast recipe again, I modified it by using half the liquid that O’Dea’s original recipe called for. Here’s what I used this time around. 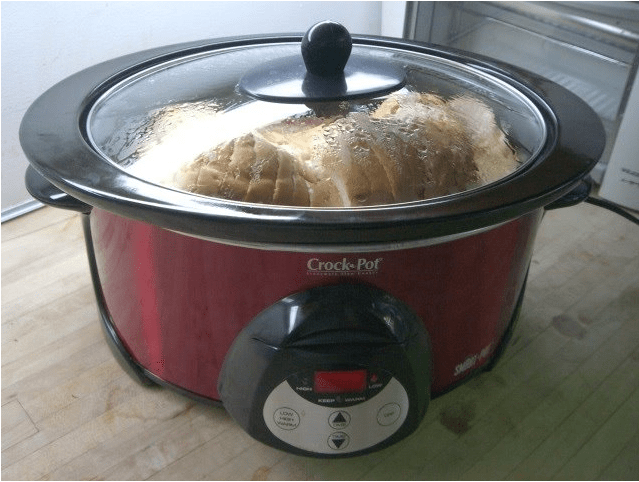 6 eggs
3/4 cup skim milk (you can use whichever kind of milk you like; we only get skim or fat-free milk)
1 loaf of bread, sliced
1/2 cup brown sugar
1 tablespoon cinnamon
Canola oil, butter or cooking spray
Powdered sugar

Coat the inside of your slow cooker with canola oil, butter or cooking spray. Since the French toast has the tendency to stick to the sides, grease it liberally.

Place the loaf of bread in the slow cooker. (My slow cooker is on the smaller side, so I ended up only being able to fit about 3/4 of the bread inside.)

In a bowl mix the eggs, milk, brown sugar and cinnamon.

Pour the liquid mixture over the bread. It should be enough to cover the loaf halfway.

Turn the slow cooker on low for four to six hours.

(You’ll use the powdered sugar as a dusting when serving the French toast.)

The brown sugar was starting to caramelize about three hours into the cooking time, but at the same time, the bread was getting mushy, with extra liquid in the bottom of the slow cooker. So I used a spatula and flipped the bread over (to avoid burning), and then cooked for the remaining time without the top on. This allowed the extra liquid to burn off.

While the slow cooker French toast was still a bit mushy when we ate it, dusted with powdered sugar, my daughters gave it a thumbs up, then went back for seconds. My family didn’t even use any maple syrup. Instead, they said it was like eating a gigantic cinnamon bun with a fork.

Success! The slow cooker French toast garnered the rave reviews I was seeking. The final verdict: This cheap and easy breakfast dish was yummy, delicious and worthy of seconds.