We’ve all heard the sad stories: A senior citizen was fleeced out of his home by an unscrupulous caregiver. A home repair worker turns out to be a thief who takes all the jewelry. A call announcing you’ve won a prize turns out to be a ploy to get you to empty your bank account. 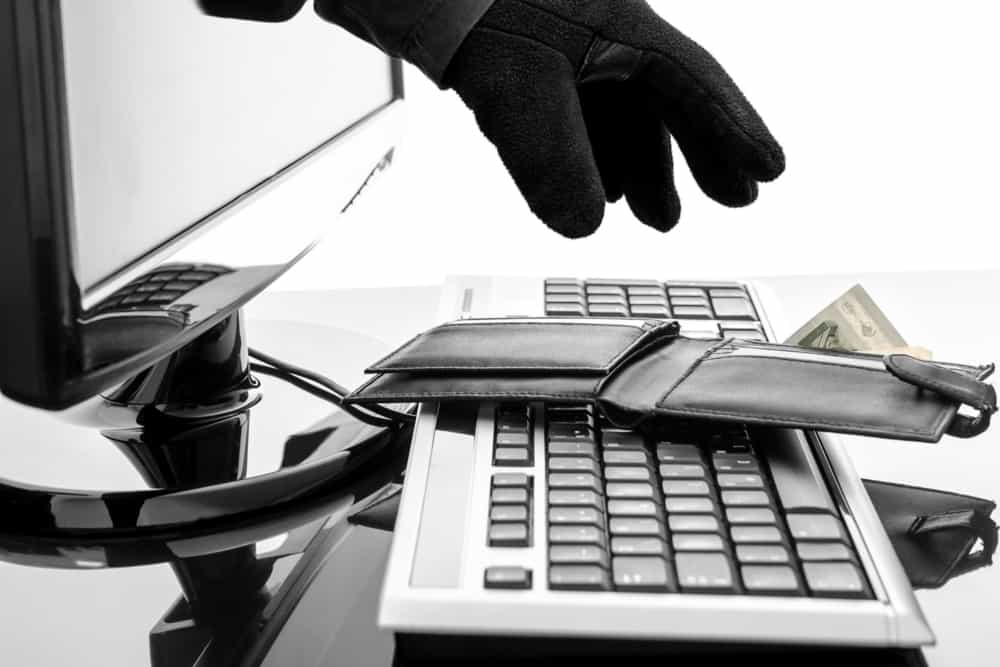 “Unfortunately, financial scams targeting seniors are so prevalent they’ve become the crime of the 21st century,” says Ramsey Alwin, vice president for economic security at the National Council on Aging. “Seniors are thought to have significant amounts of money sitting in their accounts or under the mattress.”

The vast majority of cases of elder exploitation involve family members, aides and other trusted people. But strangers, too, prey on a population they see as more vulnerable and trusting.

“Every year, hundreds of thousands of seniors are victims of financial fraud and theft,” says Ann Harkins, president and CEO of the National Crime Prevention Council. The organization has a whole section of its website devoted to crimes and scams against seniors. “Many Americans cannot ID the red flags of fraud, and they are not familiar with what to look for.” 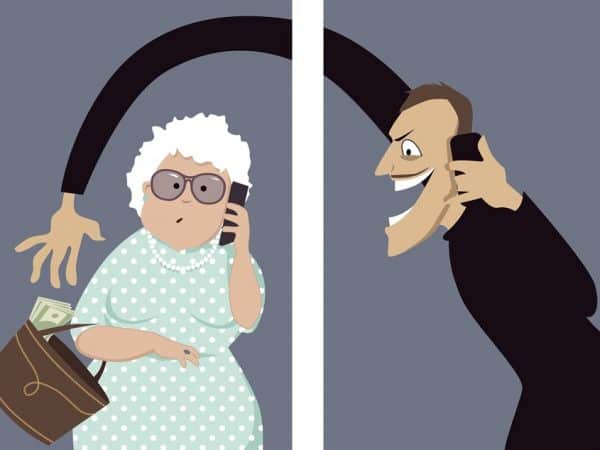 Many scams against older people go unreported because the victims are embarrassed and afraid they will lose independence if their children find out they’ve been deceived. Fear of looking stupid also keeps them from sharing doubts with friends and family. Seniors who are socially isolated are especially vulnerable to these scams.

“Folks age 65 and older are more likely to be targeted by fraudsters and more likely to lose money if they are targeted,” Harkins says. Surprisingly, the group that is mostly likely to be victimized? Well-educated men 55 and older. “They’re savvy, they think they know how to protect themselves and they get taken,” she says.

The Financial Industry Regulatory Authority has a FINRA Securities Helpline for Seniors (844-57-HELPS or 844-574-3577). Callers can ask questions about investments and advisors, as well as get help vetting advisors.

“Seniors sometimes don’t want to raise concerns to their families,” says Susan Axelrod, executive vice president of regulatory operations for the organization. But, she explains, “There is really no dumb question.”

Experts advise never doing business with someone who calls you out of the blue. Instead, have a practiced “no” script, such as “I don’t buy products over the phone” or “I don’t talk to solicitors.” If you think the offer is legitimate, ask the person to put it in writing and mail it to you. Pressure to act immediately is a sign of a scam.

“Anything that sounds too good to be true probably is,” Alwin says. “You want to pause. You want to close the conversation. You want to do the research.”

Here are 11 common scams and frauds that victimize seniors.

Distraction scams. Someone knocks at your door and wants to talk about the fence in your backyard. While you’re out back, an accomplice takes advantage and robs your house. “Sad to say, there are all sorts of scams like that,” Harkins says. “All these are opportunities either for people to case the joint or to get the homeowner out of the house long enough for the TV and the jewelry to go out the other door.”

Home repair scams. Beware of people who knock on your door and offer home repair services. Some are casing your home to rob you later. Others will overcharge for a supposed service that either isn’t performed or is done poorly. Remember that legitimate contractors rarely solicit door to door, and you don’t want to hire anyone to work on your house until you’ve checked licenses and references.

Computer tech scams. A caller pretends to be a representative from Microsoft, McAfee or another tech company. They may seek remote access to your computer for “tech support,” ask for credit card numbers or direct you to a website to enter personal details. This is always a scam. You may also get similar solicitations via email.

IRS scams. Scammers will call a taxpayer saying money is due and demanding immediate payment via prepaid debit card, threatening arrest, deportation or loss of your driver’s license. If you have caller ID, the number may even show up as IRS. “If it’s the IRS, they don’t call people. They send letters,” says Nora Schwartz, a detective with the Economic Crimes Unit of the Broward Sheriff’s Office in Florida.

Callers threatening arrest if you don’t pay. A variation of the IRS scam has the caller saying he is from the sheriff’s office, clerk of courts or other agency, threatening arrest if the target doesn’t pay for an infraction such as missing jury duty. The caller demands payment immediately, via wire transfer or reloadable card, which is a telltale sign of a scam. “They start to get a little aggressive with them,” Schwartz says. “The elderly person gets terrified that the imposter has their address.”

Lottery and sweepstakes scams. Someone approaches the victim in a public place, saying she has won the lottery but can’t claim the prize because she entered the country illegally. The scammer asks the victim to withdraw money from the bank to show good faith, or to pay taxes on winnings. “They fall for that, and that is probably one of the oldest scams going on,” Schwartz says. Using a similar scam with a different twist, the scammer calls via telephone and says the victim has won a big prize but needs to pay upfront for taxes before the prize can be delivered. “I definitely wouldn’t be sending any money up front for winnings,” Schwartz says.

Grandchildren in trouble. A crying young person calls, saying he or she has been arrested or in an accident in another country and needs money to get out of jail. The connection is bad, so the grandparent thinks it is really a grandchild. “They send the money. They don’t verify that their grandson is away at college and has never been to Mexico,” Schwartz says. “Verify first. There isn’t any urgency here.” Another variation of this scheme, via email, claims friends and relatives have been robbed in another country and need money to get home.

Sweetheart scams. Dating scams are as old as the hills, and Internet dating has created another way for them to proliferate. A boyfriend or girlfriend who claims to be wealthy but doesn’t have cash at the moment will ask for money for a “sure thing” investment. People who engage in online romantic relationships with people they have not met in person are in a prime position to be cheated. “People are just so slick with the way that they present themselves,” Schwartz says.

Investment fraud and exploitation. Seniors are frequently offered an educational free lunch, which is really a sales presentation. “There is no such thing as a free lunch,” Axelrod says. No investment should be entered into without significant investigation, and that includes investigating the person offering to sell you the product. FINRA’s help line will check out brokers for you as well as tell you what questions to ask. Be wary of cold calls from people who introduce themselves as investment advisors, or of investments with high returns or any scheme that promises guaranteed returns. “If someone says to you, ‘I can guarantee you anything,’ be afraid,” Harkins says. “In this economy, if someone says you can get a 10 percent returns on investments, be very careful.” Seniors with substantial assets should cultivate a relationship with a trusted financial advisor who has been vetted thoroughly and is known to your friends and relatives.

Power of attorney. Thousands of seniors have lost the contents of their bank accounts, and even their homes, by giving power of attorney to an aide, relative or trusted neighbor, who may say it’s just so he or she can pay bills on your behalf but actually grants significantly more financial power. “The elderly person doesn’t understand what the document entails,” Schwartz says. “Ninety-five percent of the time, they didn’t read it.” If you want someone else to handle your financial affairs, make sure you trust that person fully and have a trusted lawyer you know review the document. If you just want someone to represent you in a single transaction, use a power of attorney that covers just that transaction.

ID theft. Someone calls and claims to be from Medicare, your bank, the IRS, your insurance company or another business entity, then he proceeds to ask for credit card numbers or other personal information. “Never give personal information over the phone unless you initiated the call,” Alwin says.

How to avoid vacation rental scams 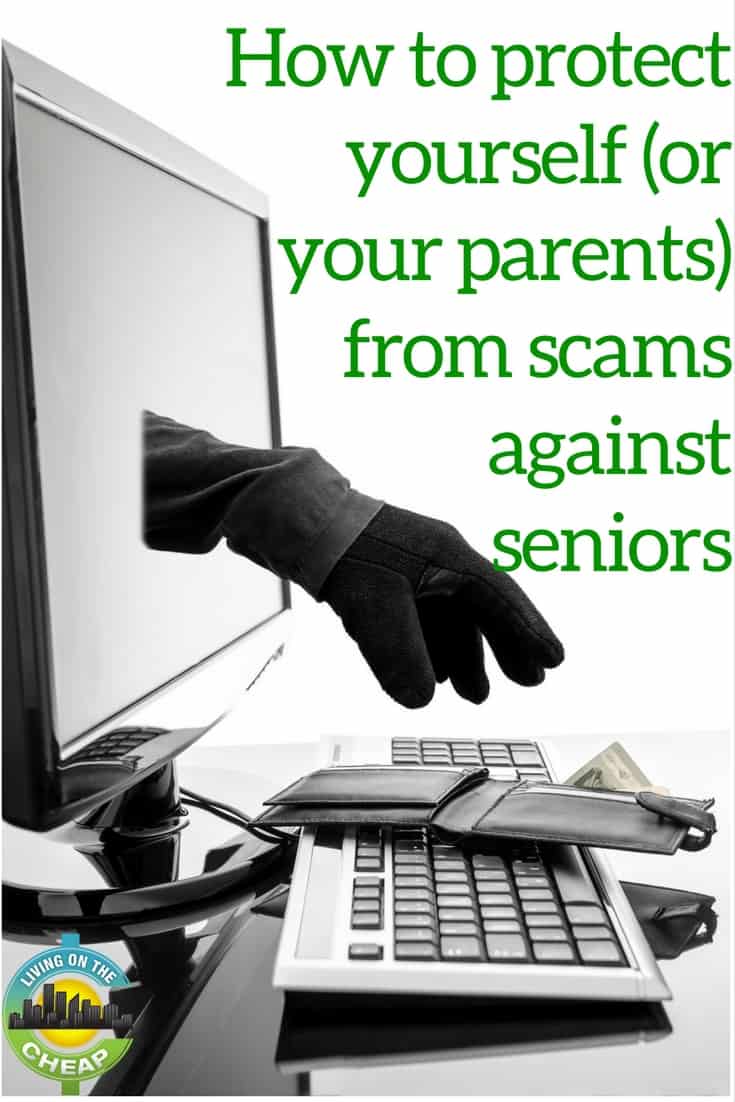