As a parent who graduated in the ’80s, I found the list of classes looked like a foreign language:  Learn to Run Linux, The Easy Way with Scratch, Learn to Build with Unity, Explore with Arduino.  To me, they all sounded intriguing, but would my son agree? After reading through the list, he chose to start with learning Scratch because he decided it would be good for a beginner. I didn’t question how he figured out that the class was for beginners, but I was excited. If he was going to start, that might mean he would continue.

I truly want my kids to embrace what is going on around them in the high-tech world, but in reality I would settle for them just to keep up.  While my family may not give host to the next Steve Jobs, at a minimum I want my kids to be exposed to the tools that could help advance them in the ever changing techno world.  But like most things, cost is a factor, and I didn’t see these types of classes being offered at my son’s middle school. I also didn’t see him browsing the Internet to figure out how to learn on his own. 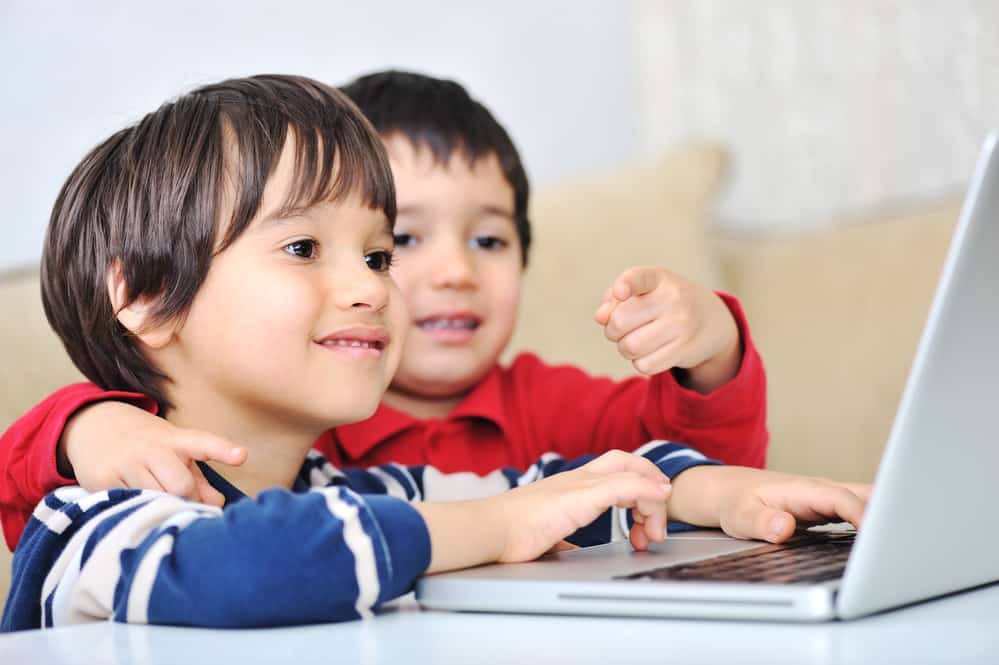 Then a friend enlightened me about coding classes being offered for free through CoderDojo. CoderDojo has initiated a global movement to provide FREE local computer programing classes to kids ages 7-17, teaching them to explore technology, to code and to develop websites, apps, programs, games — all at no cost.  The goal is to encourage creativity while having fun with other kids interested in technology in a relaxed and social environment.

The first CoderDojo was launched in 2011 in Cork, Ireland. As of 2014 there were more than 500 verified venues in 50 countries and the movement is continuing to grow. Each separate location is called a Dojo, and is led by local, independent volunteers.  Topics and classes covered vary based on the influence of the volunteer technical mentors in that area.  Common themes include computer programming using Scratch, website development using HTML, CSS and PHP, game development with JavaScript, Python, Ruby and Node.js and experimenting with hardware and robotics using Raspberry Pis, Arduino boards and Intel Galileos.

Through an online process, we registered my son for the two-hour Scratch programming class.  The class was held on a Saturday afternoon at the local university.  After the class, my teenager of many words described in depth how the class went by saying it was “great.”  I have no doubt he would try another in a heartbeat.

To see if CoderDojo offers classes in your area, check this Dojo list by region.  If you don’t see your area listed, you can start one on your own or pass the information on to another person or organization that might be able to help get one started. 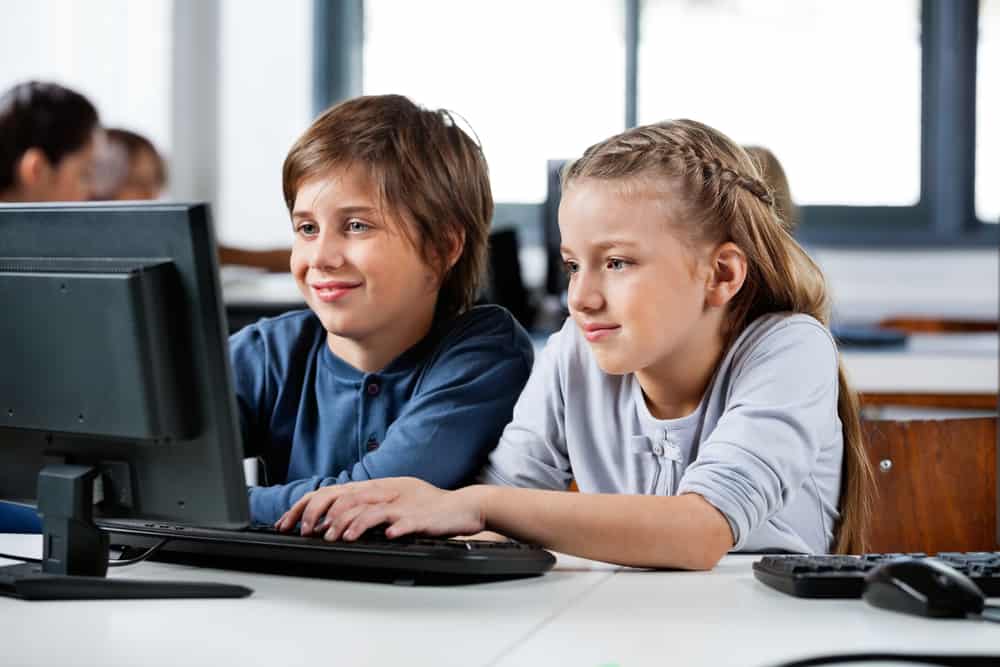 We found other organizations that offer free courses in coding:

Blockly. Blockly teaches programming to kids by offering a series of educational games. Children who are new to programming can play free fun games using drag and drop and learn about text-based languages.

Code.org. Code.org is a nonprofit dedicated to expanding access to computer science in schools and increasing participation by women and underrepresented minorities. Their website states that they believe coding should be accessible to everyone, and their curriculum resources and tutorials are free to use and openly licensed under a Creative Commons license. Code.org also organizes the annual Hour of Code campaign and is supported by Amazon, Facebook, Google, the Infosys Foundation, Microsoft, and other donors.
Code Monster. This super easy free site consists of two boxes. One shows a code, and the other tells you what it does. A monster coaxes you to change the code on the left to see what happens, then prompts you to make other changes. This is a great site for younger children.
Daisy the Dinosaur. This is a free app you can download on iPad.Easy drag and drop interface makes this app kid-friendly. Children will use sequencing, loops and other coding actions to make Daisy dance. 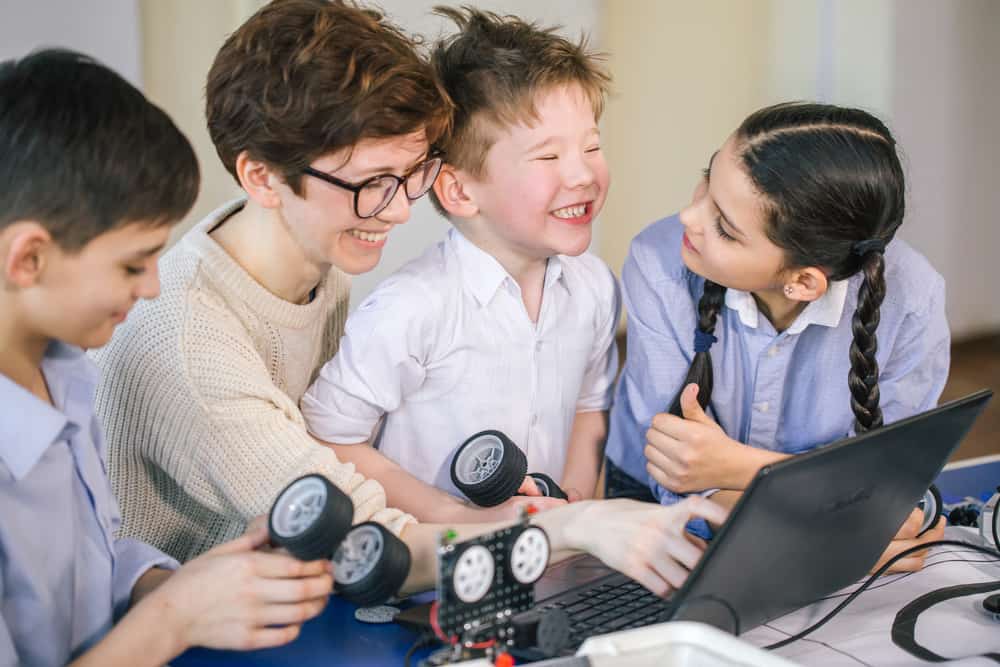 Khan. Khan Academy exercises and instructional videos on a dashboard that allows kids to study at their own pace. Along with computer classes such as drawing, animation, debugging and others, Khan also has classes in math, science,art history, and more. The team partners with NASA, The Museum of Modern Art, The California Academy of Sciences, and MIT for specialized content for children as young as 5.
Scratch. The free program was designed and is maintained by the Lifelong Kindergarten Group at MIT Media Lab. Children can program and share stories, games, and animation with other children in other parts of the world. The program encourages creative thinking and collaborative work, and is designed for children ages 8 to 16. 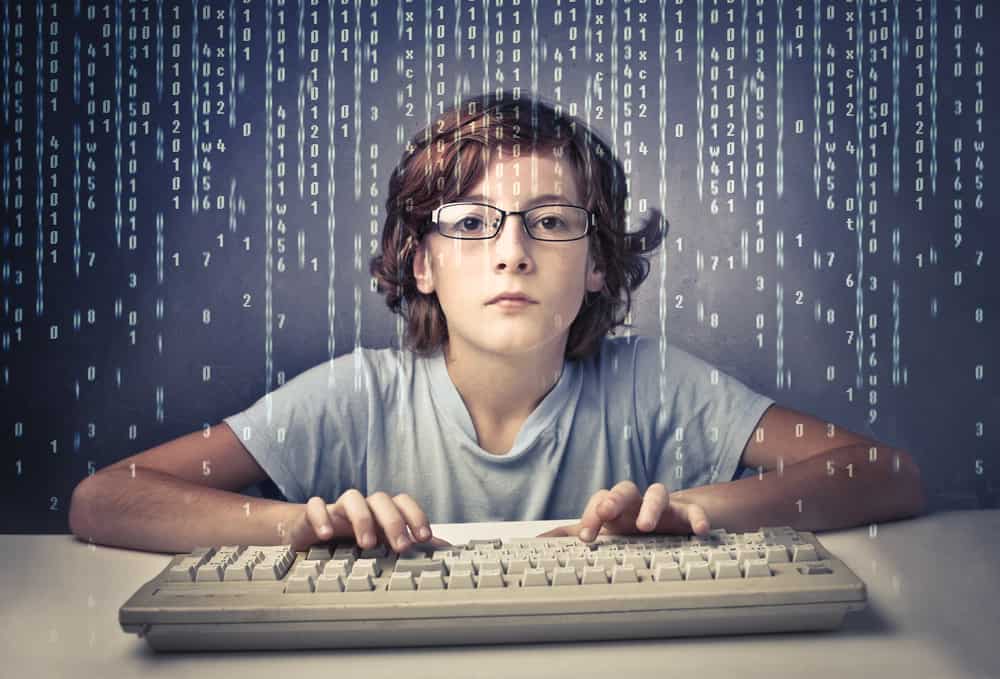 For similar articles on Living on the Cheap:

Angela Heart has lived in the Minneapolis and St. Paul area for the last 40+ years. She has a liberal arts degree from the College of St. Benedict and a Juris Doctorate degree from William Mitchell College of Law. As an attorney she uses her research, advocacy and writing skills to help empower her clients to get through very difficult and emotional times in their lives. As a single parent to three children, she is always looking for the best deals for her family. She loves finding bargains.