I was in the ring fighting my opponent: debt.

I had the idea of putting together a debt challenge. I thought what if I turned paying off debt into a game, and whoever paid off the most debt would win. I wasn’t sure if anyone would sign up, but I decided to write a post about the contest anyway.

The race required each player to pay $5 a week for 11 weeks ($55). At the end of the 11 weeks whoever put down the most money towards his or her debt of choice would win the money, which amounted to $550 from the 10 players, including me. Each week each player would have to send me a screenshot of the debt that had been paid. I would compile the updates into a chart and share it with the group at the end of the week.

The winner could use this money to pay off a large chunk of debt, throw it into savings, or do whatever he or she pleased with the money.

There was a $1 fee each week so technically each player paid $66 total. I wanted this challenge to be more of a debt support group where a group of people could come together talk about their struggles and their victories in a safe place, without feeling embarrassed.

Everyone had a different reason for joining the challenge. A few of the contestant responses are listed below

“I have a lingering consumer debt account that I’ve been trying to pay off for some time now. I believe this competition will provide me the necessary pressure to eliminate the debt sooner rather than later, thus freeing up capital to invest rather than spend.”

“I’ve made many attempts in the past to pay down various credit card debts. Normally I get pretty close, but life always inevitably interferes and I go right back into debt on my cards. I’m hoping through this challenge I can get back on the right path of paying off my debt with the help of a support group who are all looking to do the same.”

“I like competitions and I am already very committed to getting rid of my student loans sooner rather than later. I am also curious if this approach (this challenge) actually helps to motivate people to get rid of their debt.” 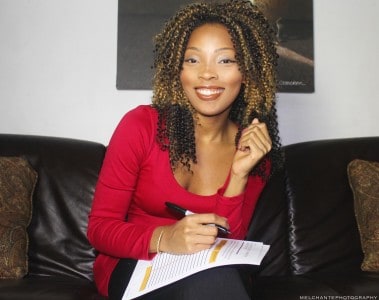 Since it was my first time holding a debt challenge I wanted to keep the group small. I also decided to participate in the challenge; although I couldn’t win I ended up paying off $4,111 of my own student loan debt.

In week one of the debt challenge I had $4,111 left to pay on one of my student loans. By week 9 I had $1,000 left to pay. I realized that before the challenge my debt wasn’t moving because I wasn’t really focused on paying it off. Sure, I told myself that one of my goals was to pay it off, but I wasn’t really dedicated to it.

I had about seven other money goals that I was trying to accomplish at once. My focus was split, so I was making very minimal progress.

If your debt isn’t moving it could be because you’re only paying the minimum amount. When you only pay the minimum amount it’s hard to see any progress. You could also have too many money goals that you’re trying to accomplish at once. So you’re trying to put a few drops of water over seven different buckets instead of pouring a whole gallon of water over one or two buckets at a time.

I wanted to create a challenge to pay off debt because paying off your debt alone can be boring. People like being competitive, so I thought If I could create a competitive factor that people would be more likely to pay off their debt faster.

The competition factor played a huge role into me stepping up my debt payment game. The first few weeks I was only paying a few hundred dollars, and then I noticed people in the group were paying $1,000-plus and I felt as though I was slacking and had to pay off more.

The contestants were able to submit multiple debt payments. If the goal was to pay off the most debt I didn’t want to limit people who wanted to pay off more than one debt at a time.

Each week every person would send me a screenshot of the debt they paid off that week. Some weeks were better than others. As you know, life happens and we may not always be able to put as much money towards our debt as we planned, but that doesn’t mean we have to lose sight of our goal. Baby steps are still steps in the right direction.

One person in the group even became debt free.

“OMG! I am so happy to have that monkey off my back. Thank you SO MUCH for the extra motivation! It’s kinda like cleaning my apartment.  I get more done in the 30 minutes before my guests arrive than if I had all day to clean.

Now it’s time to work on my 3-6 month emergency fund!. In other news, our office received bonuses this week. For the first time, I didn’t have to plead, negotiate, bribe myself. You know, ‘OK, Bianca, you can have $100 to play with but the rest has to go to VISA.’ It feels great!

Emergency fund, here we come! And a tropical (but budget-friendly) vacay. Because I freaking deserve it! And can actually afford it for a change.”

In the beginning, I was nervous about starting this debt challenge. I didn’t know who would join me. I didn’t even know someone would end up debt-free. I am so happy I could help motivate people to pay off their debt.

If your debt isn’t moving, it could be because you’re not really focused on moving it. Sure, you may be telling yourself that you want to get rid of your debt, but are your actions really aligning with your words? Am I really dedicated to paying off my debt? Ask yourself this question.

If your debt isn’t moving it could be because you’re only paying the minimum amount. When you only pay the minimum amount it’s hard to see any progress. Try to put as much money as you can towards your debt. If you have to, create a side hustle to bring in more money to pay it off faster. Also try to only focus on a few money goals at a time. If you have 10 money goals that you’re trying to accomplish at once it’s like you’re only putting a few drops of water over 10 buckets, instead of pouring a whole gallon of water over 1-2 buckets at a time.

I’ve created this free workbook to help you do just that: get rid of your debt. You can get yours here.

Candice Latham is a personal finance writer at Young Yet Wise If you're struggling with paying off your debt be sure to download her free goodbye debt guide: http://youngyetwise.com/slay-your-debt/ . She enjoys long walks to the bank, eating dark chocolate, working out and reading personal finance + self-development books.