Many people seem to have a love-it-or-hate-it attitude toward warehouse stores, but I am a proud card-carrying Costco member because it does save me money.

Here’s how I save money at Costco and avoid the (expensive) pitfall of overspending on bulk goods.

With only two in our household, we don’t do all of our shopping at Costco, but some bargains keep us going back about once a month. So is it worth the cost of a membership?

How much is a Costco membership?

The Costco Gold Star annual membership costs $60, while the Executive Membership is $120.

The Executive Membership gets you 2% back on most purchases at the end of the year. If you don’t earn enough of a rebate to cover the cost of the upgrade from the regular membership, Costco will refund the difference.

What I’ve found is that with careful shopping, either membership level can save you money. 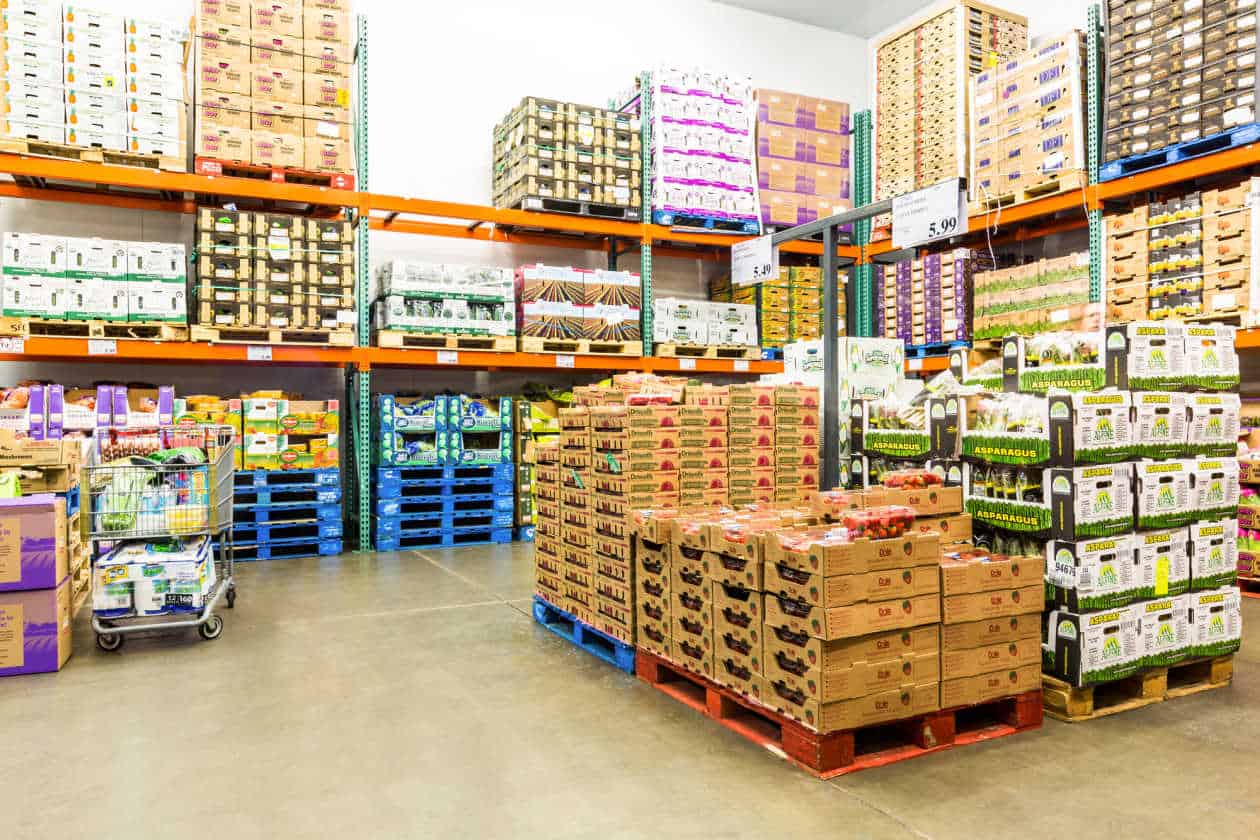 How I save money with Costco coupons

Our Costco shopping trips are based on the monthly coupon book they mail to members. Many items aren’t a great deal without the coupons, which tend to repeat every three to four months, so by the time I run out of an item, it’s likely to appear in an upcoming book.

What should you buy at Costco?

While the coupons add up to excellent savings, some items — especially in produce — are always priced great, with or without a coupon. For example, a huge one-pound container of Earthbound Farms Organic Baby Spinach is $3.99 (the store also offers a spring mix). The same container in a grocery store runs $5.99 or $6.99.

Of course, the larger sizes aren’t a bargain if they go bad before you use them, so think about your family size and eating habits before you buy the “large economy size” of perishable items.

Bananas are a great deal, but we often find that they are too ripe for two of us to consume quickly enough unless I plan to bake with them. Six red, yellow and orange peppers are $6; the standard sale that I see in the grocery store is 3 for $5. Berries can be found for great prices at different times of the year.

Other great deals at Costco (prices vary by region): 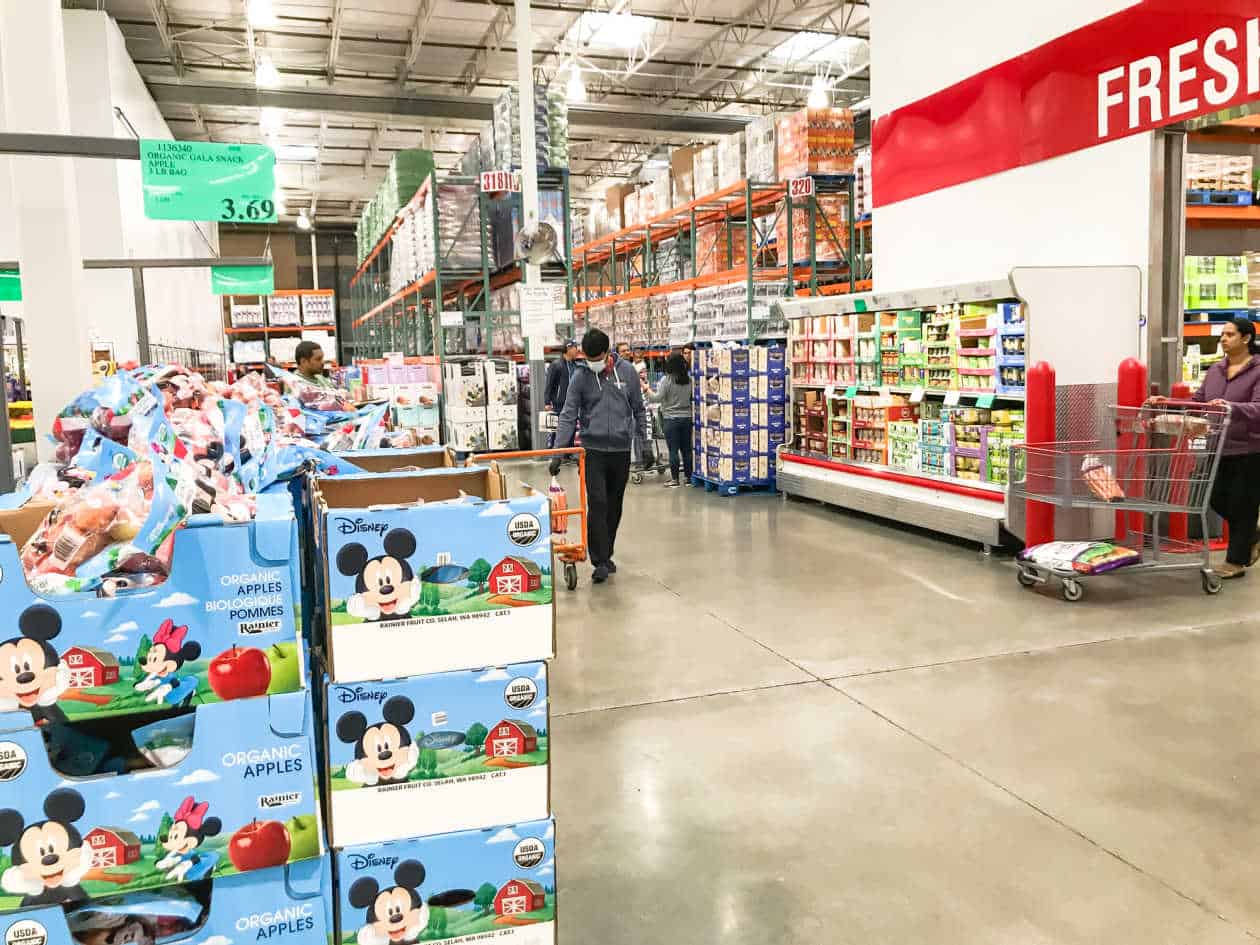 Shredded cheese: A 5-pound bag of mozzarella at Costco runs about $11.50, or $2.30 a pound. In the grocery store, an 8-ounce bag on sale is usually $2, or $4 a pound. When we get home, we divide the cheese into freezer bags and use 1 pound at a time. Shredded cheese can be frozen without loss of quality or even texture, and you just take it directly from the large Costco cheese bag and portion it into Ziploc freezer bags without any other prep. We make homemade pizza a lot, and the previously frozen cheese works and tastes just as good.

Baking soda: 13.5 pounds for $6.50, or the equivalent of 48 cents per small box in the grocery store. There are tons of uses for baking soda, so I like to keep a big bag around.

Heinz white vinegar: $3.29 for a 1.32-gallon jug compared to about $1 for 16 ounces in the grocery store. I use white vinegar for cleaning, so this is a big savings and more convenient.

Organic olive oil: 1.5 liters for $9.99, which is half the price of comparable organic brands. Kirkland Signature Organic Extra Virgin Olive Oil is one of a few brands not mixed with cheaper refined olive oil according to a study cited by CBS news, and Consumer Reports has rated it “Very Good.”

Organic canned black beans: $6.79 for 8 cans compared to $1 per can at a grocery store; sometimes Costco offers a coupon on top of that price.

Kitchen trash bags: 200 for $13.99 and I never have a problem with them.  There are occasionally coupons in the Costco book as well.

High quality cheese: prices vary greatly, but Costco offers some great deals on specialty cheeses, including a 19-ounce wheel of brie for $7-$8 that is perfect for parties.

If this food talk has made you hungry, you might try Costco’s food court. My husband sometimes sneaks away for a hot dog and soda for $1.50. You can definitely feed a family here for less money than at a fast-food drive-through, and it could be a bargaining chip to get kids to behave during shopping.

Some other Costco purchases we’ve been happy with: no-iron men’s and women’s dress shirts and sweaters for less than $20, 50 photo Christmas cards for $14.99, two heavy baking sheets with lids for $14.99, and the lowest price we could find for car rental for vacation in Hawaii. The store also offers some of the lowest-price prescriptions – even for nonmembers. Unlike most pharmacies, Costco puts prices of prescriptions online so you can find the best deal.

What not to buy at Costco 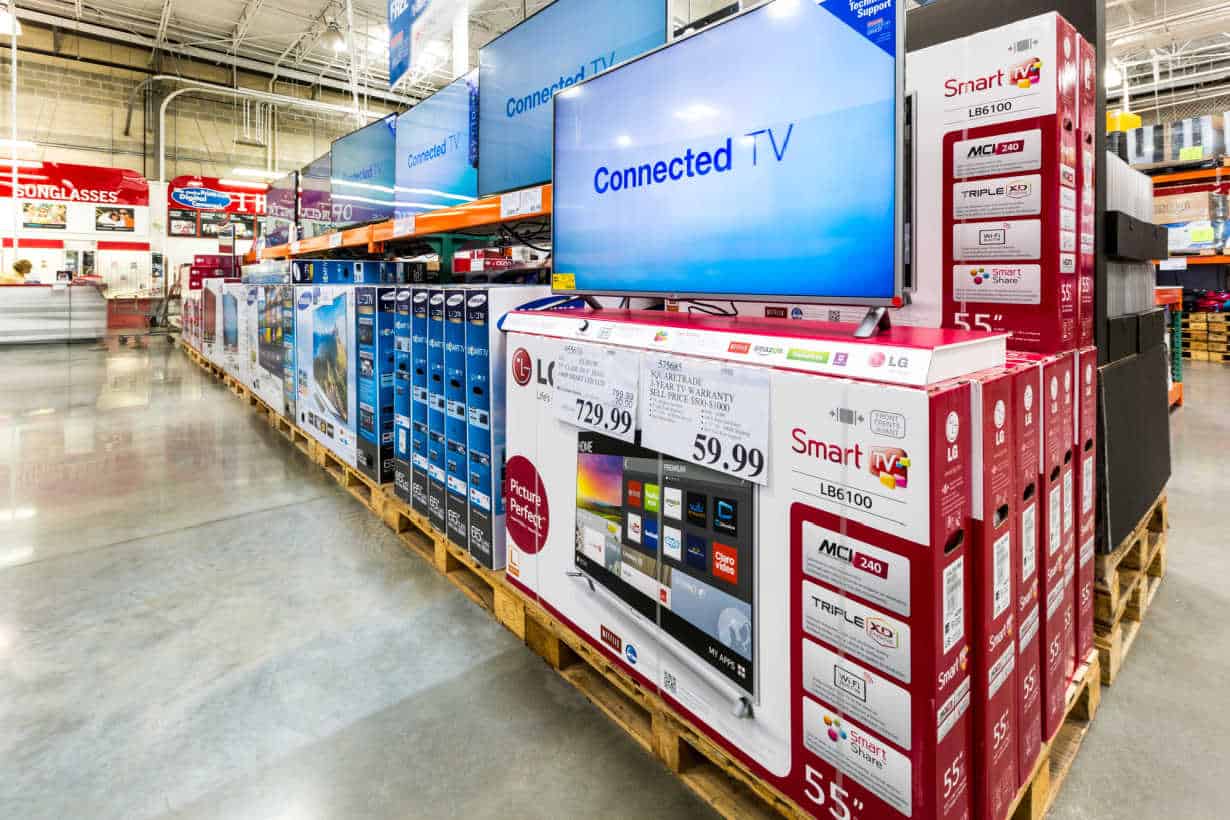 Costco doesn’t display sale prices, other than on certain items in the coupon book, but there are ways to tell if items are discontinued or marked down. Check out the article Secret Price Codes Will Save You Money at Costco.

The store also has a very generous return policy, a 30-day price adjustment policy and a Risk Free 100% Membership Guarantee — you can cancel for a refund if you aren’t satisfied. These make a Costco membership a very low-risk purchase and may just be the final point that helps you decide on whether to buy a membership or not.

What has your experience been shopping at Costco?

Val McCauley was drawn to writing about Living on the Cheap after moving to Columbus from her small hometown after college. She realized that there were a ton of events and activities going on around the city, but there wasn't a website that made it easy to find out about these things. Her love of travel and desire to get out of debt after college cemented the need to live on less while still having fun. Over the last several years, she has paid off all of her debt and still has fun. In her free time, she loves to workout, play sports, and cook gluten-free meals. Val is the owner and operator of Columbus on the Cheap and That’s What We Did.