The share of all household debt held by Americans in March 2017 rose $149 billion, reaching $12.73 trillion in debt, according to the newest release by the New York Federal Reserve. And a 2016 report by University of Michigan’s Retirement Research Center found that nearly 32 percent of Americans over the age of 50 have non-mortgage debt, carrying an average of $4786 in credit card debt, and $12,490 in total non-mortgage debt.

Many seniors are likely to die with debts still unpaid. While not all that debt will pass to their heirs, much of it will come out of any inheritance they expect to leave behind.

“Do you have heirs or not, and what are you trying to leave to your heirs and charities?” says Stein Olavsrud, portfolio manager at FBB Capital Partners in the District of Columbia metro area. “Most of us don’t know when we’re going to die, and a lot of us die with mortgages and other debt.”

If you don’t have any assets, most of these debts will typically die with you. “In most cases, your debt belongs to you, and it isn’t passed to anybody else,” says Lisa LaMarche, president and co-founder of Milestone Wealth Advisors in Greenville, Delaware. “It doesn’t go to your children.” 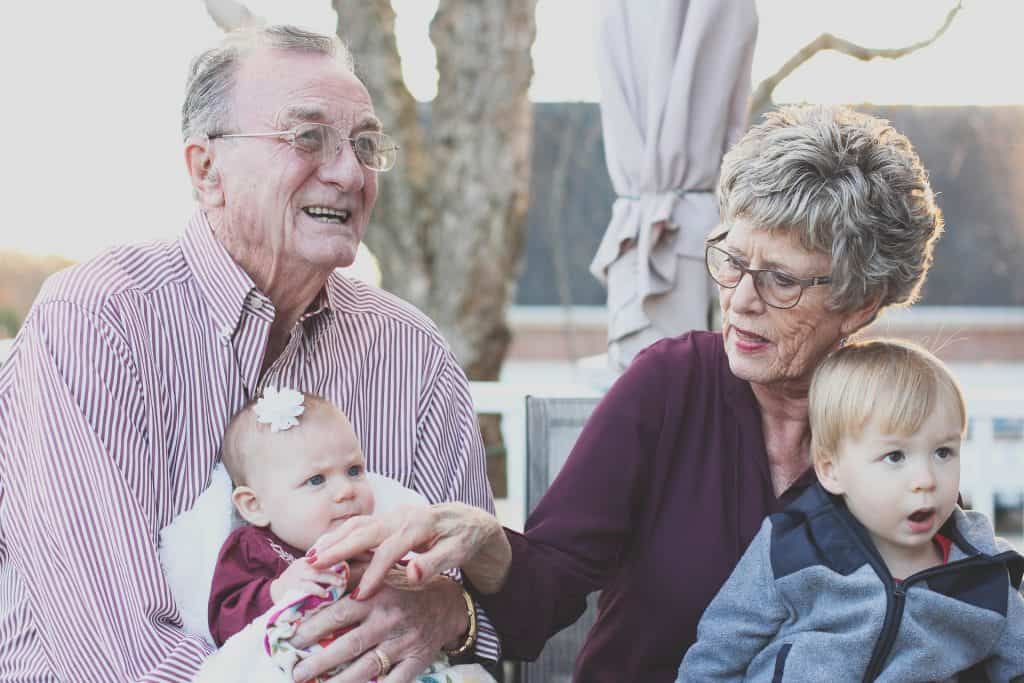 But if you have any assets at all, your creditors will get first dibs on those assets during the probate process. That means that your children or other heirs effectively will pay your debts because they will be subtracted before any inheritance is transferred.

“I don’t think that dying with debt is a terrible thing, but there has to be a succession plan,” Olavsrud says. If you die with a mortgage, for example, that mortgage will have to be paid off if your heirs want to keep the home. If you die with additional debt, including credit card debt, the house may have to be sold to pay those debts.

“There are circumstances were dying with debt can be a very, very bad decision,” Olavsrud says. “If the spouse is unable to service that debt, the spouse could have a liquidation event.” That could mean selling a house at a low price during a market downtown or forcing the surviving spouse, partner or children out of the home if they can’t qualify for a mortgage.

Exactly how debts and assets are handled after a loved one dies depends on state laws. In the nine states known as “community property” states (Arizona, California, Idaho, Louisiana, Nevada, New Mexico, Texas, Washington and Wisconsin, with some aspects applying to Alaska), a spouse is responsible for debt incurred during the marriage. In other states, a spouse would not be responsible for bills in a husband’s or wife’s name only. “Medical debt or even a car loan, that could stay with the person,” LaMarche says. “It really depends on the state laws.”

Some types of assets, such as retirement accounts and life insurance payouts, do not go through the probate process and usually can’t be claimed by creditors.

If you’re handling the affairs of a deceased loved one, you should call and cancel credit cards immediately. That freezes fees and keeps any additional charges from being made. Some creditors may get aggressive with families, seeking to make them pay off the debt, even if they are not legally responsible. If a credit card company calls you, you’re best off refusing to answer any questions and referring all inquiries to the estate attorney or executor. “There’s not a requirement for children to pay that off,” Olavsrud says.

In the case of a mortgage, you might be smart to continue paying and not mention the death until the house is ready to be sold or transferred to a new owner.

Knowing that your spouse or your children aren’t responsible for your debts isn’t a license to run up huge debts in life. If you don’t pay it, someone eventually will.

“Debt in itself is not OK,” says John C. Lindsey, president of Lindsey and Lindsey Wealth Management in suburban Los Angeles and a certified Kingdom Advisor, which mean he is part of a program that incorporates Christian faith in financial planning. “Debt is the last thing you want to have when you die. … For those that have the means and plan to die with debt, I think that’s a flawed plan.”

Running up credit card bills can also cause you considerable headaches while you’re still alive, as required minimum payments rise and missed payments can lead to waves of collection calls.

Elderly people who can’t make ends meet should swallow their pride and seek help, Lindsey says, from Meals on Wheels to free clinics, food stamps and church pantries. Consult professionals on how to reduce debt and spending. “Do they have to be resourceful? Yes,” Lindsey says. “They’ve got to go and let people know they need the help. They’re just too proud to do that.”

Here are some things to do if someone you love dies with debt:

Consult a probate attorney. Even if there will be no official probate case, you may need some professional advice to sort out how best to handle the deceased loved one’s affairs. Bring the will, if there is one, and documentation of any trusts.

Notify creditors of the death. You will probably need multiple copies of the death certificate, and some creditors will require official copies. Once you notify creditors that someone has died, those accounts are frozen, so know that notifying the bank of your father’s death will effectively freeze his accounts.

Catalog your loved one’s assets. You can only hope that your father, mother or spouse left everything in good financial order, which will allow you to easily find brokerage accounts, bank accounts, credit cards accounts and mortgage documents.

Determine what your loved one owes. Ask credit card companies, car loan firms and other creditors for a written statement of what’s owed. That will help you determine what, if anything, needs to be sold to pay the debt. If there is an estate, the creditors will need to make official claims for repayment with the estate.

Have beneficiaries file for assets that pass without probate. Retirement accounts, life insurance and some other assets are not considered part of the estate, but pass directly to the designated beneficiaries. Those beneficiaries can start filing immediately after the death.

How to deal with debt collectors

In over your head? Find help with debt

Expert advice on digging out of debt

Save on groceries on senior discount days