The stereotype is that older people are leery of technology and lag behind their digital native grandchildren. But statistics from the Pew Research Center find that 82% of 65- to 69-year-olds use the Internet, and two-thirds have home internet connections. Seniors aged 80 and older are slower to adapt to the new technology. Only 44% of this group reports using the internet, and 28% have internet connections at home.

There is a noticeable correlation with household income and educational attainment. Approximately 94% of seniors with an income of $75,000 or more tend to use the internet, and 87% have high-speed internet at home. The numbers drop significantly in older adult households with incomes of less than $30,000.

An adult who leaves the workforce today may have already worked 30-plus years with computers, and even people in their 90s are now embracing smartphones, tablets, social media and other technologies. 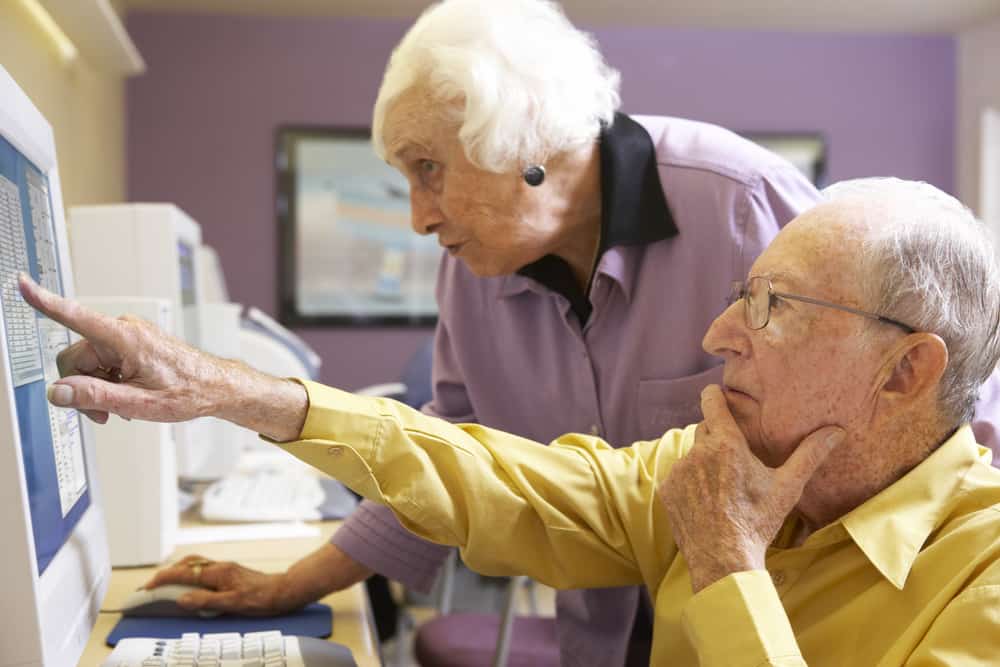 Plus, new technology is making it easier for older people to stay in touch with far-flung family, live independently and get help when they need it.

“The more mobile it is, if it’s usable by young people, it’s usable by seniors,” says Leslie Smith, president and CEO of SeniorNet, which provides computer education to seniors in person and online. “They use it to communicate with family and friends. They’re using it the same way that a lot of young people are using it,” says Smith, a retired IBM business development executive.

Younger retirees’ tech needs aren’t much different from those of their children. They participate in social media, use the Internet for research, text and email to keep up with friends and family and use Skype or FaceTime for video calls.

“There’s a big difference between a 65-year-old and an 85-year-old,” says Andrew Carle, executive in residence at George Mason University and chief operating officer of Affinity Living Group, which provides care and services for residents in several states. “At 65, they’re pretty tech savvy. … There’s a tipping point around 75 or 80 where it goes into more assistive technology.”

Technology also has the potential to make it easier for seniors to live independently, with devices that can monitor medication management, locate a lost Alzheimer’s patient or sense when someone has fallen.

“There’s a lot of research and interest going into technology for seniors,” says Kari Olson, chief innovation and technology officer for Front Porch, a not-for-profit that provides support services for senior communities. “It’s usually designed to make sure that the older adult living alone has connection and help when needed.”

Tablets and e-readers. Many seniors are replacing their computers with tablets, which give them bigger screens for video conferencing with family, using email, sharing photos and doing Internet research. “They’re using them in lieu of the desktop computer,” Smith says. Reading books with either a tablet or an e-reader provides an option to make the type larger.

GPS. Whether it’s a standalone unit or part of a smartphone, the Global Positioning System technology makes it easier for seniors, like young people, to find their way around. This is particularly helpful for people who retire to a new city or even move into a new neighborhood. 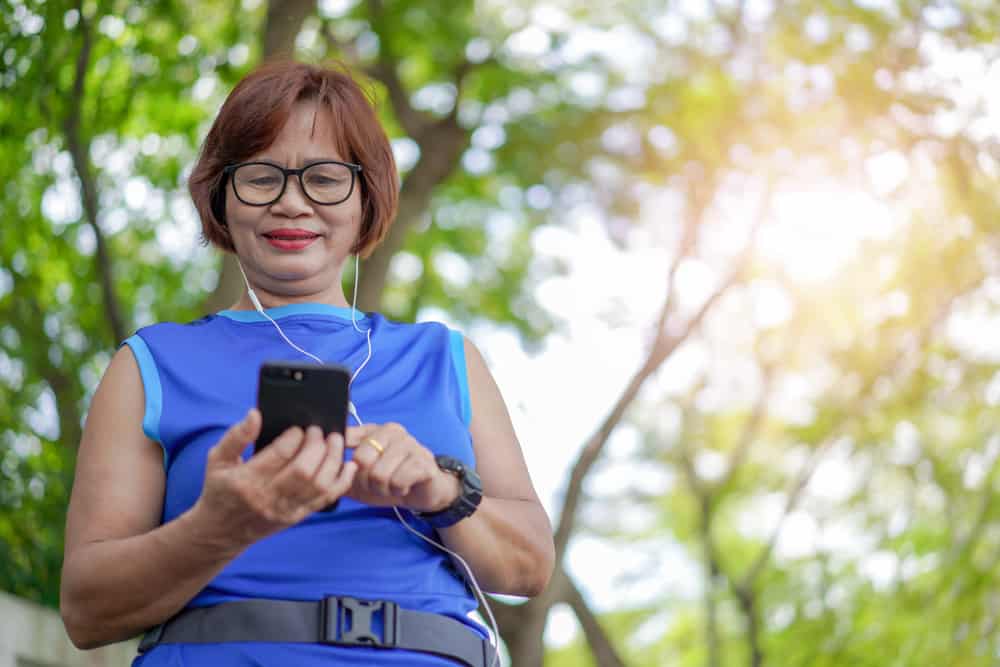 Skype or Facetime. Video call apps are particularly popular with seniors who have grandchildren and other family who live far away. “These interactions don’t replace the face-to-face interaction but they can supplement it,” Olson says.

Fitness trackers. Wearable fitness monitors make it easy for older adults to monitor activity and sleep, ensuring that they get enough exercise. “The more informed people are about their own health and well-being, the better decisions they make for themselves,” Olson says.

Medication monitors. New medication systems alert users when it’s time to take medications, repeat the alert if the medication isn’t taken within a certain time and call a caregiver if more time passes. Some are combined with medical alert systems that use cellphone technology and contact first the older person, then a friend or family member who has been programmed in ahead of time and then emergency response. “Medication errors are the No. 1 cause of hospitalizations in people over 75,” Carle says. “It’s an important issue at that age.”

Smart watches. Stylish watches are replacing the old “I’ve fallen and I can’t get up” pendants, which many seniors refuse to wear. UnaliWear offers smart watch next year that will include a voice-activated system to guide you home or find you if you become unresponsive. Apple Watch Series 4 can detect a fall while you are wearing the watch. It will tap you on the wrist, sound an alarm, and activate an alert. You can call emergency services or cancel the alert by tapping “I’m OK.”

Online estate repository. The online service Everplans is one option for creating a digital archive that includes wills, trust, passwords, advance directives, information about your home and more, with options to share information with family members. 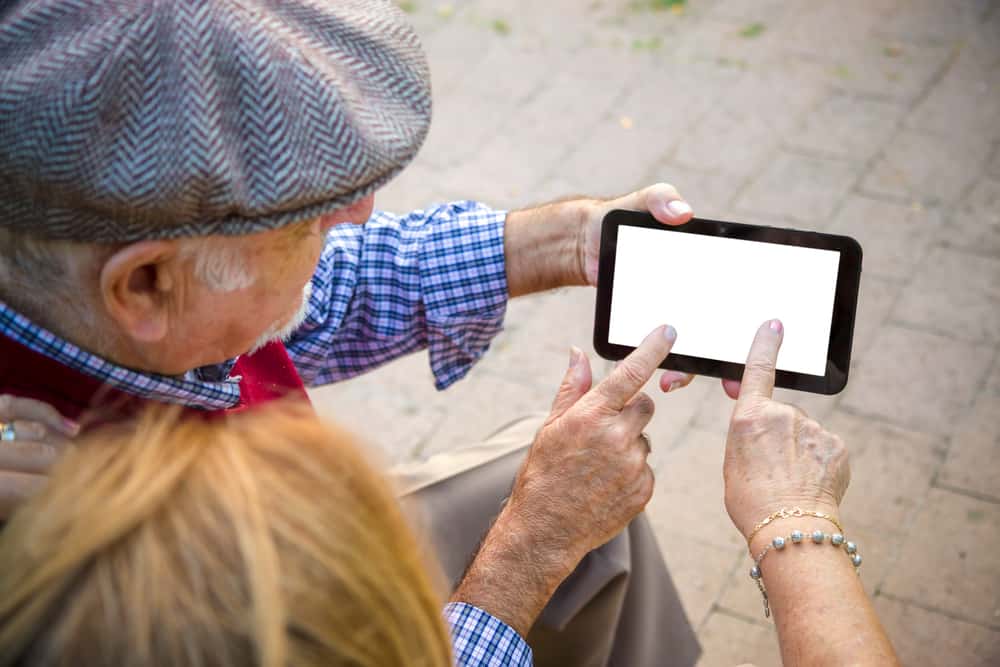 Transportation apps. The ride-sharing services Uber and Lyft are designed to appeal to the digital natives who solve every problem with smartphone apps. But they also can be invaluable to seniors who no longer drive. In San Francisco, SilverRide is positioning itself as a service for the elderly, to meet the needs of older passengers. All SilverRide Driver Companions have been fingerprinted, drug tested and completed thorough background checks.

GPS insoles. A new product called the GPS SmartSole is an insole that can go into the shoes of someone with Alzheimer’s so he can be easily found if he wanders off. You can set a perimeter and get a notification if the person leaves that area, plus track him via the GPS in the insoles. Similar technology exists in watches, but people with Alzheimer’s or other types of dementia often are resistant to new devices they have to wear.

Smartphone. When you think of app users, your teenage kids or their 20-something millennial counterparts may come to mind because they’re always tied to their cellphones. But apps designed with the always-connected young in mind are increasingly finding favor with senior citizens, who are discovering valuable services available via technology. While only 35% of Americans owned a smartphone in 2011, 81 % own one in 2019, according to the Pew Research Center. The numbers are much smaller among Americans 65 and older (53 % own smartphones), but that group is also beginning to embrace smartphones and tablets and the apps that go with them. In addition to using apps that appeal to all ages, such as email, news weather and social media, seniors can use apps to track their blood pressure, deliver medication reminders or play brain-enhancing games.

“What we see is everybody using them,” says Leslie Smith, president and CEO of SeniorNet, which teaches seniors nationwide how to use computers and other communication devices. “They’re not age-centric. … Very young people and very old people are using apps.” 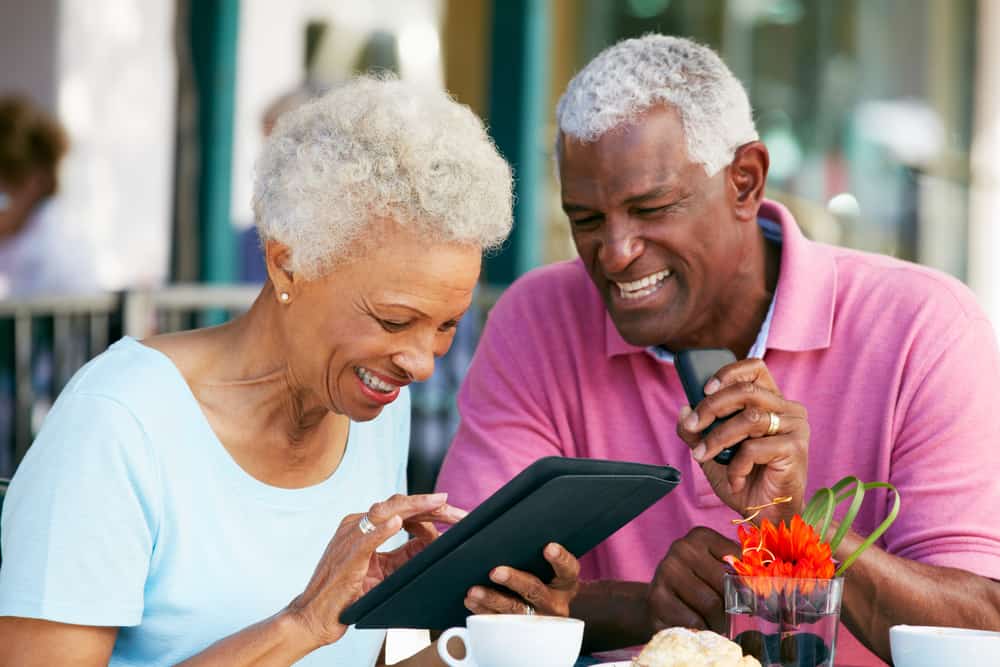 “[The apps are] all targeted to young busy people or maybe working moms and dads. I don’t know why they’re not targeting retirees,” Carle says.

While app creators may be waiting for senior smartphone usage to catch up, there has been an increase in the development of apps designed for senior caregiving and medication management.

“The nice thing with apps is that you just press the button. It’s actually easier,” says Andrew Carle, executive in residence at George Mason University and chief operating officer of Affinity Living Group, which provides care and services for residents in several states. “The seniors benefit from these apps. … These can be life-changing services to them.”

A new service called GoGoGrandparent will let seniors use a regular phone to connect an Uber or Lyft car, then keep in touch with a family member about the trip via text. The service charges a concierge fee while it’s monitoring. GreatCall, which produces the senior-oriented Jitterbug phone, recently partnered with Lyft to make it possible to get a car with a Jitterbug flip phone.

Here are eight types of apps useful to seniors:

Lyft and Uber. Both of these ride-sharing services created as part of the millennial-inspired sharing economy can be a lifeline for seniors who don’t drive. Once you create an account and enter a credit card, you can summon a car to your home in less than 10 minutes with the tap of a button.

Domino’s, GrubHub  These are two of many apps that will bring you meals from your favorite restaurant. Most add a delivery charge, and some have a minimum order. Not all services are available in all areas. For those who don’t drive or find it hard to carry groceries, delivery can help them live independently longer.

Skype and FaceTime. These two video call apps are extremely popular with seniors, who can use them for face-to-face “visits” with faraway children and grandchildren. Both are free. “My kids here call their grandparents. They FaceTime them all the time,” Carle says. “Those video visits are very important. They weren’t invented for seniors.” 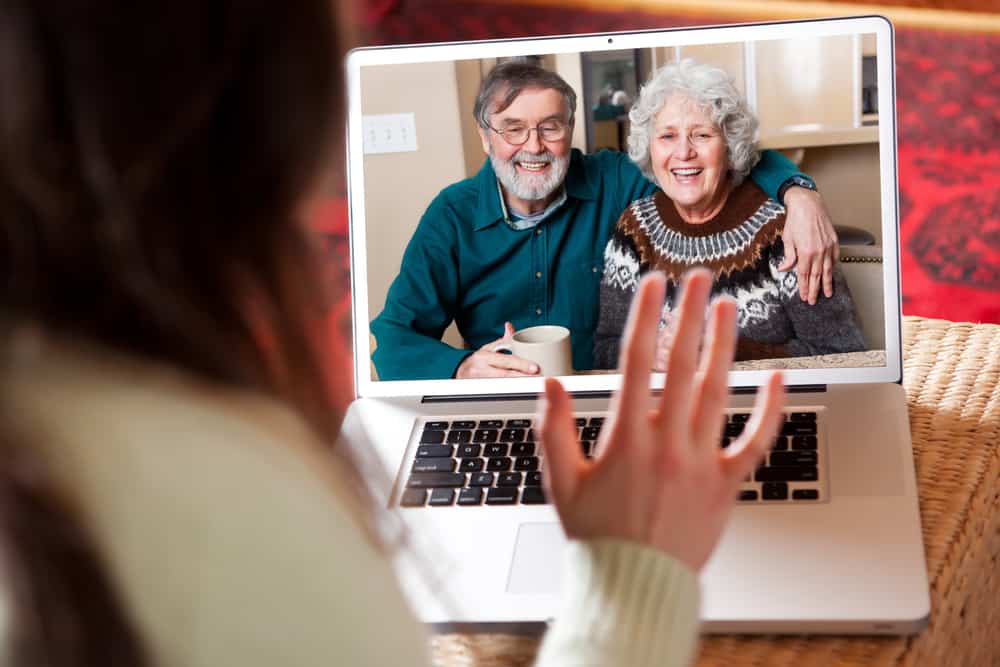 Shipt and Instacart. These two services will bring groceries to your door, for a fee. They hire shoppers who go into the store and personally fill your grocery order. AmazonFresh provides a similar service, as do Wal-Mart and some local grocery chains.

Fitbit and MyFitnessPal. Apps that monitor steps, blood pressure and other health issues are popular among older people as well as younger people.

Hello Alfred. This service provides a “butler,” a vetted person who comes to your home and can do any errands and chores you want, on a schedule you set. Membership is $99 a month, plus you pay for any service you request. So far it’s available only in a few cities, including New York and Boston. If it’s not in your city, you might try TaskRabbit, where you can hire someone to complete tasks such as cleaning your home, doing minor repairs or running errands.

Medisafe and CareZone. These apps help manage medications, doctor visits and other health tasks. They are among a number of apps designed to help with those chores. With CareZone, for example, you can enter medical appointments and get reminders about them. You can also keep an editable list of medications that you can easily show your doctors.

Google Maps and other navigation apps. Older people have embraced GPS technology, including navigation systems in cars and on their phones. Being able to easily access maps and directions any time on your phone is a good defense against getting lost or forgetting directions.