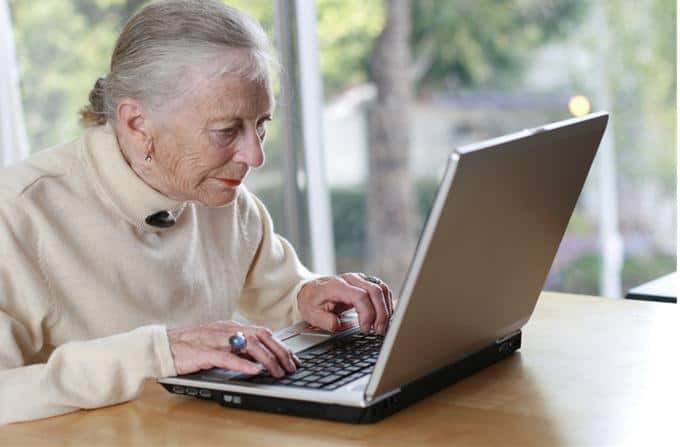 I recently saw an interview with the Acting Director of the Social Security Administration (SSA) discussing retirement preparedness in the US. The statistics she gave were startling:

This means that only about 40 percent of retirees have enough saved so that their retirement income is in excess of $16,000 annually. Not mentioned in the interview is that these monthly benefit amounts will be reduced monthly for the cost of basic Medicare which will be $134 per month in 2017.

Time to face the music

If you’re concerned about how you will survive in retirement now is the time to look at an estimate of what you will be receiving from Social Security. This may serve as an impetus to get started saving now.

And regardless of how much you have saved it’s still important that you monitor your social security account annually.

You can access your account by registering here. I already had an account set up so I’m not able to show you screen shots of the registration process.

In order to register you will need obvious information including your social security number and date of birth. They will also ask you authentication questions that are similar to when you run an online credit report or your FICO score such as Which of the following cars have you owned?, Which of the addresses have you lived at? etc.

Once you’re logged in the first thing you should check is your date of birth on the left. I know someone whose date of birth was wrong and it would have required them to work an extra year for full benefits if it wasn’t fixed.

Here you’ll want to check your Earnings Record. This is the amount of income your employer reports every year to the SSA. It is also the amount on your W-2 under Social Security Wages. You should check this annually to make sure it’s being recorded properly. Your benefits are based on your earnings. If their records are wrong, you may not receive all the benefits to which you’re entitled. You can also print and save a copy for your records.

This shows you what your monthly estimated benefit will be at Full Retirement Age, Age 70 and Age 62. This estimated benefit assumes no wage growth, that is that you will earn the same income annually from the year last reported until you reach full retirement age. It also assumes that there will be no inflation.

Do not compare this monthly estimated benefit amount to your current wages. You should compare it to an estimate of your future wages. For example let’s say you’re 50 years old and your current wages are $50k per year or $4,200 per month. In 17 years with a 2% annual pay increase you will be earning about $69k per year or $5,700 per month. Today your estimated Social Security benefit is $1,350.  You should compare that $1,350 against your $5,700 a month future income. In other words the estimated benefit today will be worth a lot less in the future due to inflation. And don’t forget that the monthly estimated benefit amount will be reduced monthly for the cost of basic Medicare.

Generally, the older you are and the closer you are to retirement, the more accurate the retirement estimates will be because they are based on a longer work history with fewer uncertainties such as earnings fluctuations and future law changes.

If you have average earnings, your Social Security retirement benefits will replace only about 40 percent of your pre-retirement income. The percentage is lower for people in the upper income brackets and higher for people with low incomes. You’ll need to supplement your benefits with a pension, savings or investments.

I can’t speak for the SSA but presumably higher wage workers have a greater ability to save money before retirement than lower wage workers. Thus the higher your income is, the bigger the shock is when you have to start living off of your social security benefits exclusively (assuming you have little or no retirement savings).

Per the SSA, Social Security benefits are much more modest than many people realize; the average Social Security retirement benefit in June 2016 was about $1,350 a month, or a bit over $16,000 a year.

And that percentage only applies if you wait to collect at full retirement. If you start collecting at age 62 your monthly benefit is reduced by about 30%. And if you wait until age 70 then you will collect around 30% more.

You may not be healthy enough to continue working past age 65, your job may be eliminated or you may be forced to retire. I personally know of at least six people who were forced out of their jobs before they needed to retire. One person I know was downsized to part-time at age 60.

You can do it!

Now you’ve seen what you are going to receive. This is probably a rude awakening but at least you’ve taken the first step to face what you’re up against. Can you live off your estimated benefit? You may want to consider rethinking your lifestyle and start cutting back now so you can live comfortably when you retire.

What you can do now