Have you cut the cord on cable TV, but still want to watch pro sports live? Rest assured, you have plenty of options for streaming your favorite sports online. Games are available to watch on nearly any device you own. The trick to figuring out how to watch live sports for free is subscribing to the best combination of streaming services and free viewing options for your favorite teams.

No matter which sport is your favorite, you don’t need cable to root, root, root for the home team from your home. Here’s our guide showing you how to watch sports without cable and the best sports streaming services, with options for each major U.S. sports league.

Here’s how you can stream sports without a cable subscription. (Please note that prices and channels were accurate at the time of publication but are subject to change. Always verify on the service’s website before signing up.) 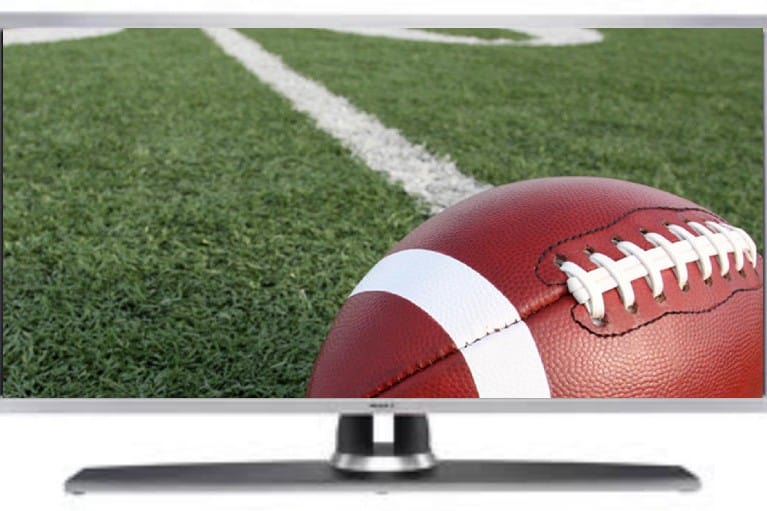 Before diving into the options and pricing, be aware of each league’s blackout rules, in addition to rules about games airing on national networks.

Regional sports networks pose another challenge. Make sure your team’s games will be available on whatever streaming service you choose. The former Fox Sports regional networks (now known as Bally Sports) have been dropped by many of the streaming services listed below.

If you want to watch a specific team’s full season, head over to the official team website for viewing options.

If you’re a well-rounded sports fan and want to watch live sports from all the major leagues, you’ll need an option that offers the broadest coverage. Subscribing to multiple individual-sport streaming services adds up quickly, and you could wind up spending more than cable would have cost in the first place. Even so, many of the options that pair sports networks with other TV channels can get expensive fast.

You might hope you can get live sports streaming for free, and you can. However, many of the “free” sports streaming sites require you to have cable or a subscription to a partner sports streaming service, so they really are not as free as they sound. The truly free options are often sketchy; you may need to use a VPN and take some not-quite-legal steps to get access. We do not recommend this approach.

Here are better options if you want to watch games from multiple major sports leagues without cable:

Over-the-air antenna. Rabbit ears may have given way to a digital cable TV box, but the concept is still the same. Plug your digital TV antenna into the coaxial cable jack on the back of your TV. Hang the antenna as high as possible and, if possible, near a window on the side of your house that faces the big broadcast antenna. Tune in to your local TV station. Watch the game. Antennas are available at Amazon, Walmart, and other discount retailers and it’s just a one-time cost.

Amazon. What can’t you get from Amazon? As of now, streaming sports are on the menu. Navigate to the Prime Video live events section in the “Live & Upcoming” row when logged into Prime Video using any computer or supported device for viewing options.

DIRECTV STREAM: DIRECTV STREAM is one of the closest alternatives to cable sports channels without having to tie yourself up in contracts and fees. There are four streaming packages available, starting with their entertainment package at $74.99 per month.  Regional sports channels are included in the Choice tier ($99.99 per month)  and above. The packages scale from 75+ channels of live TV to 150+ channels of live TV. You can either use the DIRECTV STREAM device or use your favorite streaming devices, such as a ROKU or a Firestick.

Here’s the full breakdown of prices and channels.

fuboTV. Use any connected device to stream fuboTV, which offers a collection of sports and entertainment channels with add-on options. You can watch leagues such as the NFL, NBA, MLB, NHL, NASCAR, and more. There are 50 channels in its list of sports channels in my area in Southern California (out of 224 channels total). However, some regional restrictions may apply. For example, you may not be able to get regional Bally Sports channels (formerly Fox Sports Network).

Hulu + Live TV with Disney+ and ESPN+. Hulu‘s live TV plan not only includes the full Hulu library, but access to top networks for live sports, too.

This includes CBS, ESPN, FOX, FS1, NBCSN, and some regional sports channels. You can watch on any connected device and watch on up to two screens simultaneously. You’ll use your Hulu username and password information to log in to partner apps like WatchESPN, Fox Sports Go, and NBC Sports. Get it with ESPN+ and Disney+ for $69.99/month.

Get one month free of Hulu+

Hulu with ESPN+ only The Hulu ESPN+ plan allows you to stream live events from MLB, NHL, MLS, UFC, college sports and more. You can watch on a smart TV, tablet, smartphone and other devices. With ESPN+ you’ll also get access to premium articles, daily studio shows, sports documentaries, and ESPN+ original shows. ESPN+ costs $9.99 per month  in addition to whatever Hulu base plan you choose.

Paramount+. Formerly CBS All Access, Paramount+ is the primary online and mobile experience for CBS and Paramount. Sports fans can find some games on CBS included in the app. Plans start at $4.99 per month. That includes NFL and SEC football, international soccer matches, golf, and the annual NCAA March Madness tournament. Students get 25% off Paramount+ that basic subscription.

Get a  FREE TRIAL of Paramount+

Sling TV. One of the best streaming services for live sports, Sling TV has partnered with the NFL Network to bring you live games, news and analysis streamed to any of your internet-connected devices.

SlingTV isn’t just for football – the Orange + Blue plan includes ESPN and NFL Network, along with many other channels showing sports, such as Fox, Fox Sports, NBC, NBC SN, and ESPN2 and 3. It also includes a DVR service.

The two main packages (Sling Orange or Sling Blue) are $40 per month, though you can often give Sling a try for half off your first month with special offers. Signing up for the full Orange and Blue package costs $55 per month. For an extra $11 charge, you can get their Sports Extra add-on, which gives you access to the Big Ten Network, ESPNU, SEC Network, ACC Network Plus, NHL Network, NBA TV, and more. Other add-on packages cost $6 per month.

YouTube TV. YouTube TV is essentially an online cable subscription from Google. It includes 85+ channels including several major sports channels for streaming live sports and most anything else you could watch on live TV. YouTube TV includes an online DVR and doesn’t require a cable box. It works on your computer, smartphone, or many smart TV apps and devices.

All you need is a Google account to sign up, which you already have if you use Gmail. It’s usually $64.99 per month, but introductory rates are common and you can start with a free trial.

What’s more American than watching the NFL game on Sunday with a cold beer in hand and wings at halftime? If you want to save on that big cable bill each month, here are ways to watch football without a cable or satellite television subscription.

NFL+. For $4.99 per month ($39.99 per year),  NFL+  gives you streaming access to to live local and primetime regular season and postseason games on your phone and tablet. Local games are the games that are available on TV in your local TV market.

Are college sports more your thing? NCAA Football streaming is complicated, so read up on your options for watching NCAA college football without cable.

Don’t miss the boys of summer in action when you subscribe to one of these Major League Baseball streaming options.

MLB.TV Premium. MLB.TV Premium gives subscribers access to every out-of-market game for all 30 MLB teams. Baseball season packages cost $94.99 for a full season of games for all teams or $24.99 per month.

MLB.TV Single Team. MLB.TV’s single-team package gives you all out-of-market games for your favorite team. This does not allow you to view live home games. This package costs $74.99 per year during the baseball season.

Get courtside seats after you’ve cut the cord by using these basketball streaming services.

NBA League Pass. The NBA League Pass is the official streaming service for the National Basketball Association. Get live games streamed to any connected device. There are several options available, starting at $89.99 for the basketball season. If you are an Amazon Prime member, you can add it to your subscription here.

Who needs peanuts and Cracker Jack when you can watch professional athletes slam into a glass wall at high speeds? And, yes, you can stream NHL games without cable.

NHL.TV. The official National Hockey League streaming service is NHL.TV. You need an ESPN+ subscription to view NHL.TV. See above for details on ESPN+.

Major League Soccer is growing into a sport in the U.S. with the same rabid fans we see in Europe, Latin America and other “football” markets. If you’re a fan, here’s how you can watch live soccer games.

MLS Live. If you want to watch MLS Live, you’ll need ESPN+. The Major League Soccer’s out-of-market streaming package is available on the app, which also includes access to other live sports and ESPN+ originals.

Sports fans who don’t have cable like these articles too: