Cutting the cord is all the rage these days, with people of all ages ditching their expensive cable TV service for online options. If you have favorite shows that you are worried about missing if you get rid of cable, look to these alternatives to fill in the gap, and save a few bucks along the way.

NOTE: All prices were current as of the time of publication but are subject to change. 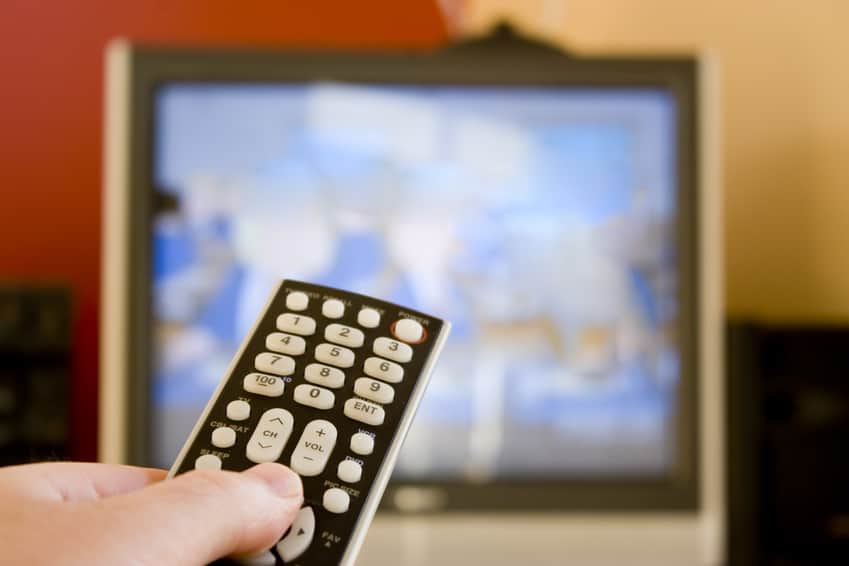 Sling TV is probably the closest thing to cable replacement you can get right now, and it’s currently offered for $35 per month with the optional Premium Pass upgrade so you can watch channels like Showtime, Starz, and Epix.

With Sling, you choose the Blue or Orange package (or both) depending on which channels you want. Sling Blue leans towards news and entertainment while Sling Orange is great for sports fans and family programming. Some of Sling TV’s 30+ live television channels are included in either package, so it shouldn’t be too hard to choose.

Be sure to look for special offers, as you can usually get a discount on your first month with Sling TV. There’s also Sling Free, which is a slightly different service the company launched in 2020. It does not include the live TV channels you receive with the paid service, but it might be a nice replacement if you’re not too particular about

Verdict: If you want to ease your transition away from cable TV, this is probably the closest thing out there you’re going to find. And if you decide you don’t want it, it’s possible to cancel at any time — you’re not locked in to a long-term commitment.

Hulu, ESPN and Disney are all part of the Walt Disney Company, and you can subscribe to their packages either individually or as a bundle for $13.99 per month. You can add live TV to Hulu as well, which would bring the total cost to $69.99 per month. Again, this is very similar to just having cable, plus the three streaming apps.

The cost of Hulu alone is $7.99 per month for the ad-supported version. There’s a generous one-month free trial so you can see if Hulu has the shows you like to watch and are looking for.

With Hulu, you still get stuck watching commercials unless you pay an extra fee for the “no commercials” plan, so the viewing experience from Hulu is most similar to what you are used to with cable TV.

Disney+ includes the entire Disney, Star Wars, and Marvel libraries while ESPN+ gives you all the sports you can handle.

The company that brought online television to the mainstream, Netflix offers a massive library of more than 13,000 titles. You can instantly stream anything from Netflix right to your TV using a web connected TV or a device like a Roku, Chromecast, Fire TV, or Apple TV.

In addition to the thousands of movies and TV shows from major networks, Netflix produces many of its own exclusive movies and shows that are not available anywhere else, and all shows are commercial-free.

Prices vary based on the plan you choose, starting at $9.99 per month without ads or $6.99 with ads. You can pay extra to add on the old DVD by mail service as well if you still have a DVD player hooked up.

Verdict: Good if you like binge-watching series. Some would say it’s a cable-free-life necessity, but other services are becoming more popular. 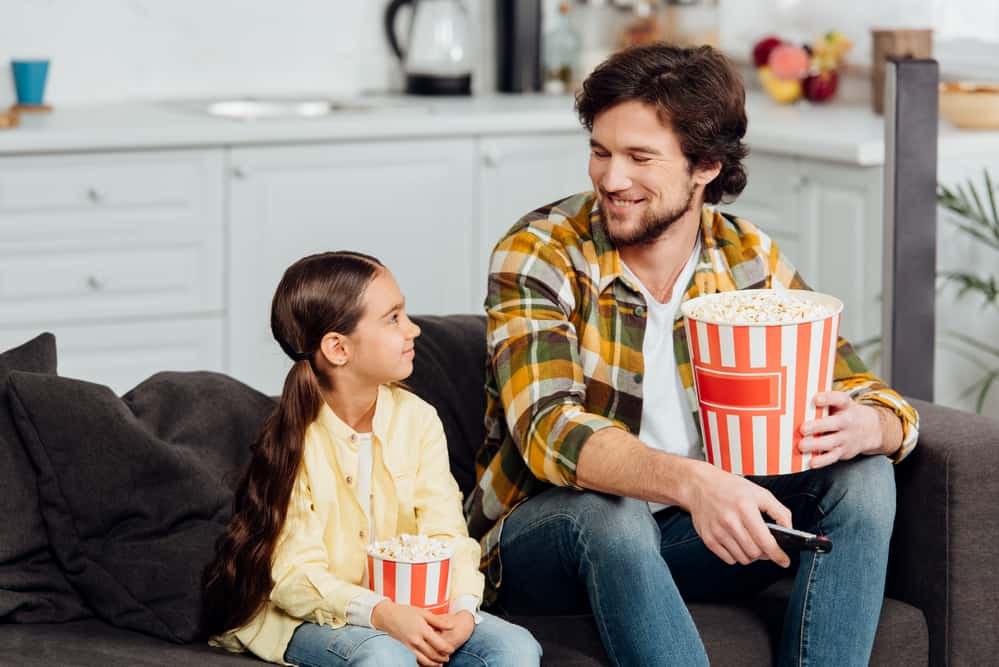 Another cable replacement streaming service with literally hundreds of channels is FuboTV. The most popular networks are are included, along with premium channels like Disney, Showtime, Starz, and more. You’ll find plenty of sports and news channels here as well. All plans currently come with a free trial.

Dedicated Amazon customers have the option to purchase Amazon Prime, which includes free two day shipping on most orders, access to a free Kindle book lending library, Prime Music, and, most importantly for this purpose, Prime TV.

Prime TV works great with the Fire TV and other Amazon devices and the Roku, but is trickier to use with platforms like Chromecast, as Amazon prefers you buy its own competing product.

Nonetheless, it offers a wide range of shows for free, plus you can pay to watch almost any movie or show you can think of for a rental or purchase fee.

They do offer some exclusive shows, like the prior mentioned competitors. The Amazon original library is not as big as Netflix, but does include some great titles including Catastrophe, Bosch, Transparent, and critically acclaimed Man in the High Castle. Amazon also does a great job bringing popular children’s shows to streaming.

Amazon Prime currently charges $119 per year, with no monthly subscription option. You can pay extra to add on premium channels like HBO and Showtime. You can also sign up for channels for a month or two and cancel when you finish binging that favorite show.

Verdict: Great if you find value in the rest of Prime’s offerings.

Related: The Ultimate Guide to Saving Money by Cutting Cable

Discovery+ is more than just the Discovery Channel. It also includes popular channels like Food Network, HGTV, Animal Planet, TLC, and History. There’s a lot to enjoy, particularly if you like reality TV shows like Gold Rush.

Verdict: Great for cooking, home improvement, travel, and other reality shows from the larger Discovery Network.

If you want to supplement your subscriptions with new episodes of TV shows and a combination of new and classic movies you can’t get from your subscription service, Google Play and iTunes both offer an extensive library of movies and TV shows available to rent or purchase.

Much of the library to buy or rent overlaps the comparable option from Amazon. If you find yourself dedicated to the Google, Apple, or Amazon ecosystem, these are excellent supplements to fill in what you can’t get at Netflix or Hulu.

Old movies and shows can be a bargain here, or can cost similar to buying the DVD from a retail store like Target or Walmart.

Verdict: There is no subscription, so if you really want to watch the new Star Wars, you can pay a one-time fee to watch it here. 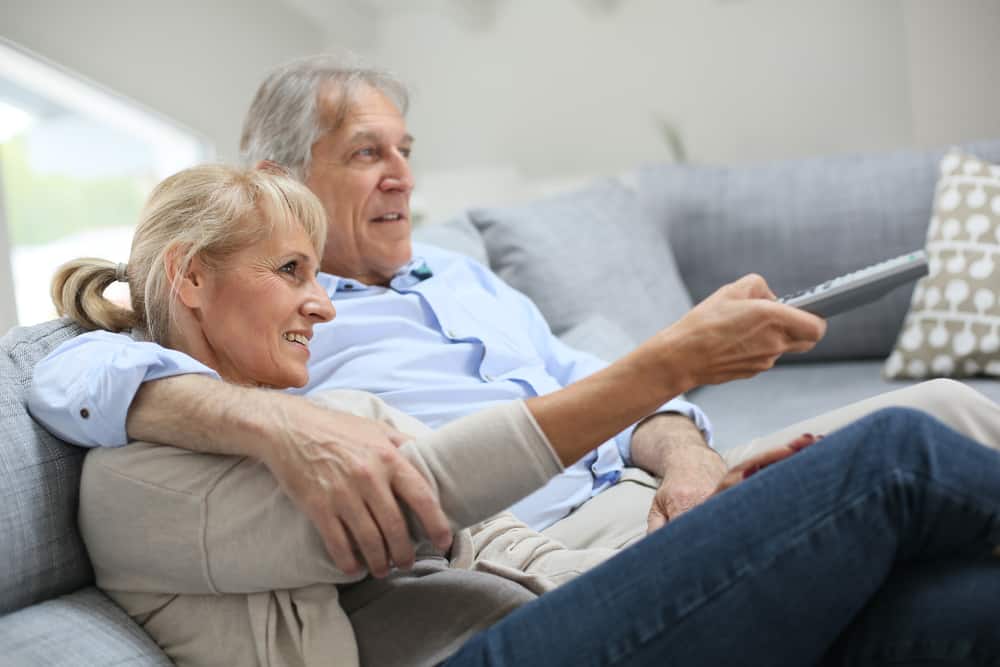 Until recently, you needed a cable or satellite TV subscription to unlock the goodness of HBO. No more, however, as you can get the entire HBO library from HBO Now, which runs $15 per month.

While you can get much of HBO’s older content library included with Amazon Prime streaming, the newest stuff is only available with an HBO subscription.

The cost is more than competing streaming services and comes with a smaller library, but some HBO shows are so good that you can’t live without them. If you feel that way, it is completely worthwhile, and still a lot cheaper than cable.

Verdict: A go-to for serious fans of HBO shows or boxing. If you can wait until they are available on Netflix or Amazon Prime, you can pass on this and save the money.

HBO rival Showtime offers a similar package for dedicated fans of shows like Dexter, House of Lies and others for $10.99 per month or $99 per year.

Verdict: Like HBO, it makes sense if you are an addict to a few Showtime shows. However, many eventually become available on other streaming services. If you are patient, it is a pass. 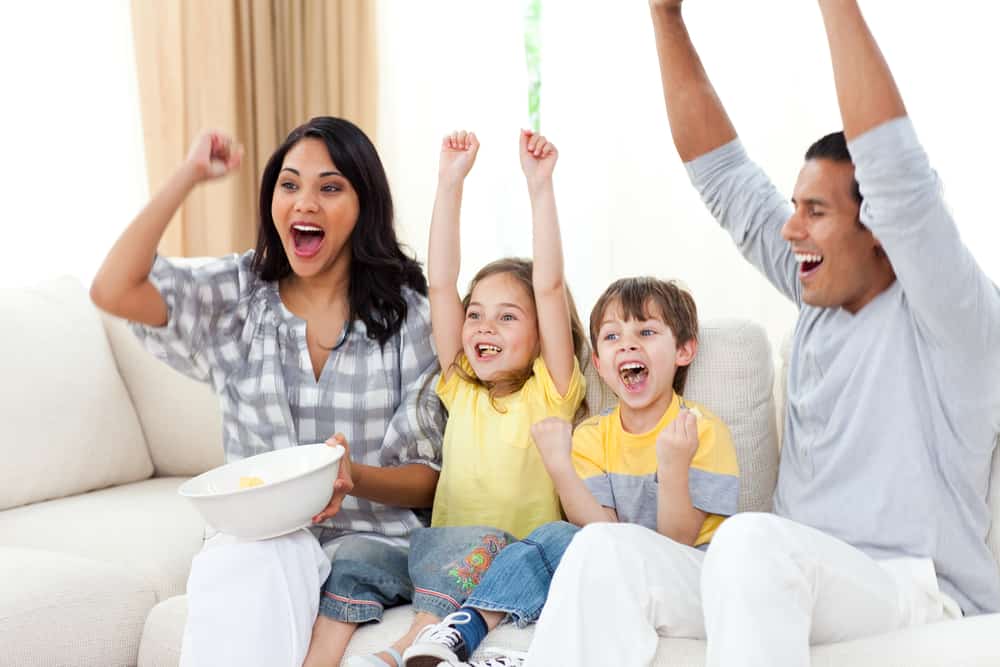 Showtime is owned by CBS, which offers its own streaming service, Paramount Plus, an expansion of what was formerly CBS All Access.

With Paramount+, you can get live sports, news, and live-streamed programming from your local CBS station, along with on-demand viewing of shows from CBS, BET, Comedy Central, MTV, Nickelodeon, Nick Jr. & Smithsonian Channel.

The service also has a growing collection of original programming, like Star Trek: Discovery and Star Trek: Picard, among others.

Paramount+ has a free trial and a subscription you can get for $4.99 per month.

Sports fans are the last holdouts to cut the cord, because they fear missing out on being able to watch every single game of the season from the comfort of their own living room.

Like their holdout fans, major sports leagues are happy bringing in a zillion dollars from lucrative TV contracts and have not rushed to bring live games to the web. However, there are some newer options for sports fanatics to keep up with their team without cable. To read about all your options, check out our articles How to watch pro sports live without cable TV and How to watch college football without cable.

Analog TV gave people with poor reception a fuzzy signal, but digital is more of an all-or-nothing proposition. If you want to use an antenna as part of your plan to replace cable, try it out before you cancel your cable to make sure you actually get the channels you expect.

Even the most popular digital TV antennas on Amazon are affordable, so this is something you can try out easily and on budget. So far we can’t think of any downside to owning an antenna — they’re cheap, useful, and they don’t really take up much space at all.

Cutting the cord is easier than ever

I was a pioneer when I cut the cord in January 2011. There were few streaming options at that point beyond Netflix and Hulu. However, modern cord cutters have many more options.

If you are holding out because of one or two favorite shows, look to see what they cost online. Most shows go for just a few dollars per episode, so you can still save big paying per episode compared to $70 or more per month for cable.

If you decide to mix and match a couple of services, for example Netflix and HBO Now, you will still pay a heck of a lot less than companies like Comcast and Charter charge for the privilege. Plus, you never have to deal with their terrible customer service again!

I was paying $70 per month for cable when I cut the cord, and have since enjoyed 65 months of online streaming bliss, which saved me $8,440 (and counting). Even after the cost of Netflix (my only paid streaming service), I am still saving $64 per month.

So what are you waiting for? It’s time to get saving.