With headlines screaming about long airport security lines, odds are you may have thought twice about taking that last-minute getaway or considered a road trip instead of a trip to Rome. Or maybe you have just landed after a long flight from an exotic destination and then cool your heels for hours trying to clear immigration and customs. These days you don’t need to be a diplomatic courier or platinum-status flyer, with a bank account to match, to travel like one. Consider TSA PreCheck or Global Entry. 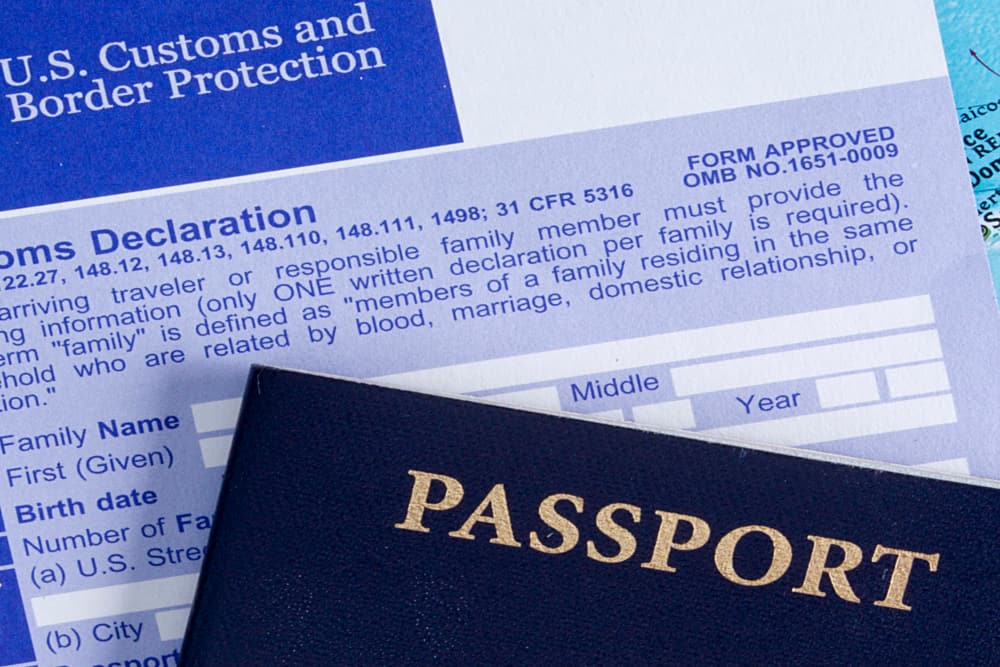 Right now TSA PreCheck is getting the most attention because it’s like an amusement park Fast Pass. At airport security, travelers with TSA PreCheck  breeze past long security lines, enter designated lanes, walk through a metal detector and are not required to remove shoes, belts, 3-1-1 compliant bag, light jackets or laptops from bag. The application process is easy, too.

Unlike Global Entry, which requires an in-person interview typically at an airport, TSA PreCheck applicants can enroll online, then visit one of more than 330 application centers nationwide, no appointment necessary, to submit fingerprints and provide identification. Only 40 are at airports. The others are at IdentiGo Centers (operated by MorphoTrust USA), the same company that produces 80 percent of drivers licenses and IDs and is used by truck drivers who need to be licensed to haul hazardous materials.

According to Nathan Tsoi, Operations Lead for the TSA PreCheck Application Program, once an applicant has visited an enrollment center, the fingerprints and biographical information are checked for citizenship, criminal history and any ties to terrorism. “If nothing disqualifies you, likely you’ll be cleared and issued a Known Traveler Number in 30 days or less.” The fee is $85 for five years.

Currently more than 180 airports have TSA PreCheck lanes, with 37 airlines signed on including Air Canada, Alaska Airlines, Allegiant, American, Copa, Delta, Emirates, Frontier, Hawaiian, JetBlue, Lufthansa, Singapore, Southwest, Spirit, Sun Country, United, Virgin America, Virgin Atlantic and WestJet. Choi says TSA is negotiating with additional airlines (who have to invest in their ticketing software and technology to participate), hoping to up that number in the next year.

It’s good to note that several airlines ask for your Trusted Traveler number when you make a reservation, but in reality don’t participate in the program. That’s why those who fly British Airways or Air France never see the words “TSA Pre-Check” on their boarding pass. Still, more international airlines continue to join and you should check the TSA website for the most current list. 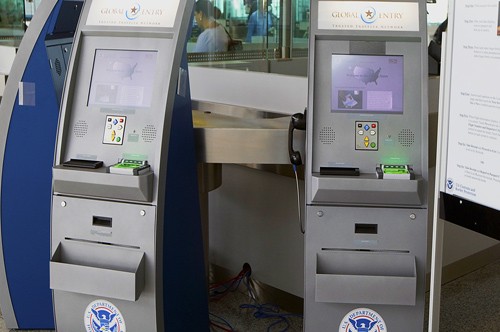 Averaging 80,000 applications a month, Global Entry now counts more than 2.7 million members. “For us, the more people in the program that we as a law enforcement agency don’t have to focus on, the better we can deploy resources,” says Ken Sava, Director of Trusted Traveler Programs for U.S. Customs and Border Protection.

Global Entry applicants complete an online biographic form, rigorous background check and in-person interview with a CBP officer before enrollment. Cost is $100 for a five-year membership. More than 560 Global Entry kiosks have been deployed across 47 U.S. airports and U.S. pre-clearance locations in six countries. “We’ve done a great deal of work dissecting an officer’s time,” Sava says. For every traveler that uses a kiosk, it saves one minute. For a large airport processing 10,000 to 15,000 travelers a day, it adds up. Global Entry has reduced wait times more than 70 percent, with more than 75 percent of travelers using Global Entry processed in less than five minutes.

Of special interest to travelers is the growth in reciprocity programs. Global Entry members may also apply for Viajero Confiable, a trusted traveler program operated by the Government of Mexico. It provides expedited processing at designated airports via the use of automated kiosks. Privium offers clearance for travelers at Schiphol Amsterdam Airport for an annual fee. A Basic program (€121) offers fast lanes for border passage and security checks. The Plus program (€205)  adds lounge access and business-class check-in with 16 different airlines, even with an economy ticket.

U.S. citizens visiting New Zealand may use a dedicated lane arriving at Auckland, Wellington and Christchurch International Airports.Travelers simply present their Global Entry card, U.S. passport and arrival documentation. Likewise, those traveling to Germany can register for EasyPASS-RTP to utilize eGates at arrival and departure areas of six airports including Frankfurt, Munich and Berlin.

The United Kingdom’s Registered Traveller is another expedited entry program. Members may use eGates at UK airports, avoid lines, and, similar to Global Entry, don’t need to complete a landing card or interview with a UK Border Force officer. The service costs €70 ($US) to apply and an additional €50 ($US) per year thereafter. To qualify, a U.S. citizen must make four or more trips to the United Kingdom in two years.

Reciprocity agreements are being negotiated with Japan, Singapore, Columbia, Peru and Switzerland. Also in the works is a plan to create a North American Trusted Travelers program for U.S., Canadian and Mexican citizens.

Here’s a look at both programs:

You get: A pre- 9/11 security experience. Expedited screening at participating U.S. airports checkpoints for domestic and international travel when flying on a participating airline, departing from a participating airport. Bags go through X-ray and you walk through a metal detector. No need to remove the following: shoes, your plastic bag of toiletries from carry-on, laptop from bag, light outerwear/jacket and/or belt. Participating airlines print an indicator (such as TSA-PRE or PRECHK) on your boarding pass, so you know you can ute the TSA PreCheck lane.

Who is eligible: U.S. citizens and U.S. lawful permanent residents.

Application process: Pre-enroll online, visit an enrollment center (there are more than 330 application centers, with locations at more than 30 airports and a multitude of IndentoGO Centers), provide fingerprints and verify ID. Upon approval receive a Known Traveler Number that you enter when making airline reservations.

Kids, too? Yes, travelers 12 and younger traveling with an eligible passenger can use the lanes.

Best for: Travelers without passports and/or those who rarely, if ever, travel internationally.

You get: Expedited processing through Customs & Border Protection (CBO) at airports and land borders when returning from international trips. When you arrive in the United States, simply check-in at an automated Global Entry kiosk, bypassing regular passport control lines. Even if you are flagged for some reason, you do not get back in the regular line, but report to a CBP officer at the nearest passport control booth. Two-thirds of travelers are processed within five minutes. Bonus: Global Entry includes TSA PreCheck.

Application Process: Pre-enroll online, visit an enrollment center (more than 45 airport locations, plus a handful of federal offices) for an interview, provide fingerprints and verify ID.

Best for: International travelers. The only downside: you may breeze through immigration only to beat your suitcase to the luggage carousel.

3 travel essentials that are worth spending on to save money

How to stretch your holiday travel budget 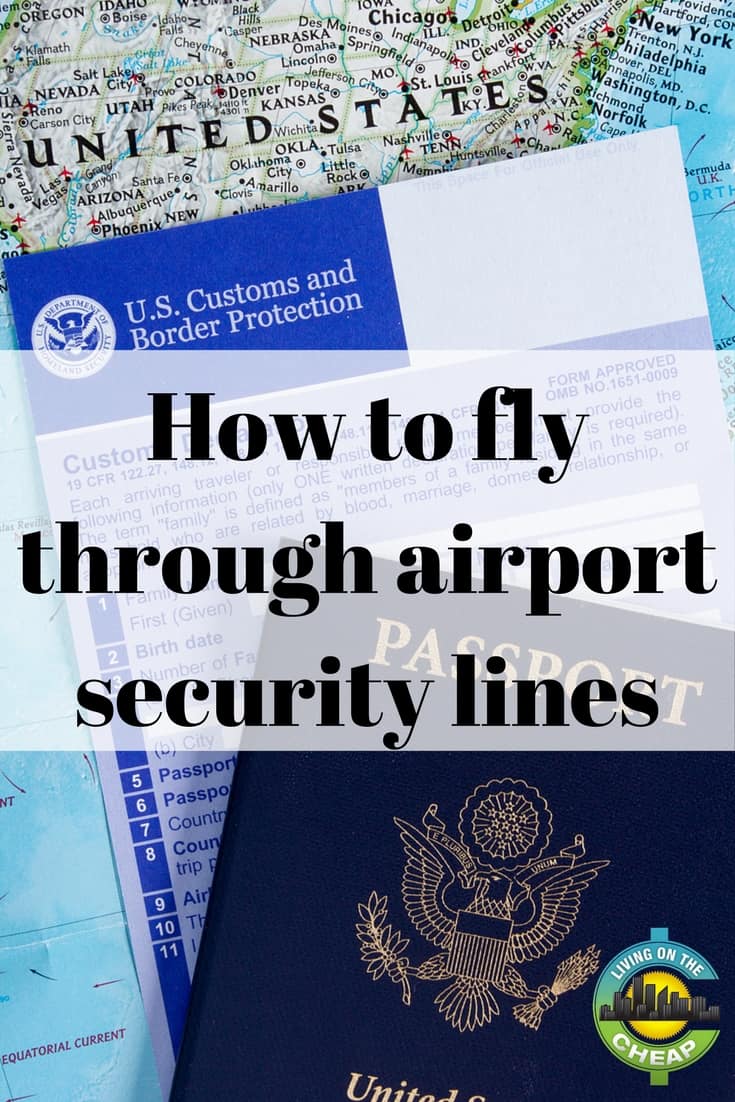 A confirmed coupon clipper, Laura Daily is always on the lookout for ways to save or stretch that hard-earned dollar and prides herself on digging deep to unearth a great deal. She is a consumer strategist reporting for a variety of national publications including AARP The Magazine, AAA World, Consumer Reports Money Adviser, Global Traveler, Shop Smart and Westways and is a correspondent for OnTravel Radio. Laura owns and operates Mile High On The Cheap which covers the Denver/Boulder (Colorado) area. Contact her on Google+, Twitter or Facebook.