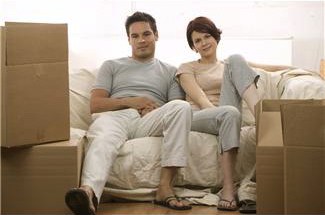 In the glow of the vacation moment, it seems like a wonderful idea: Buy a timeshare so you can return every year to relive the wonderful experience again and again.

But years later, when your life has changed and you no longer want to return to the same vacation spot, getting rid of that timeshare you purchased on the spur of the moment is much harder than acquiring it was in the first place.

“People have a heck of a time selling their timeshares,” says Jeff Weir, a spokesman for RedWeek.com, which provides information, forums and rental and sale listings for timeshares. “There’s such a glut of timeshares on the market for any resort you can think of.”

Whether you can sell your timeshare or whether you’ll struggle to even give it away depends on where it is located. Judi Kozlowski, a broker with RE/MAX Properties in Orlando who has sold nothing but timeshares for the last 20 years, says she recently closed a sale for $150,000 for a Hilton property in Hawaii. But the average timeshare she sells goes for $3,000 to $7,000, she says, a fraction of the $20,000 to $30,000 the buyer originally paid.

A timeshare usually entitles its owner to a week (or more) at a specific resort once a year. Many companies allow you to trade your week at one resort for another, which increases your vacation options. Timeshare owners pay an annual maintenance fee, with most ranging from $500 to $1,000. You may have to pay additional fees to join a timeshare exchange company or to the swap weeks when you’ll visit the resort.

While timeshares are initially managed by developers, many companies eventually turn the responsibility over to the residents, much like a condo or homeowners association. Depending on the age of the property, this can often spell trouble for timeshare owners. “At some of these older resorts, they have HOAs that may not be as sophisticated as you need to run the resort,” Weir says. “To be competitive and lure new people, you’ve got to keep up with the Joneses.”

The timeshares that are the hardest to sell – or even give away – are those in older communities that have not been well-maintained. Failing resorts can have a delinquency rate of 30 to 40 percent, meaning there isn’t enough money flowing in from fees for maintenance and improvements, making the units even harder to sell. “That’s the death spiral,” Weir says.

Until recently, timeshare owners had no easy way to check what their properties are worth. Sharket, which launched in April, is trying to bring more transparency to the timeshare resale market and has compiled a database of 7,500 timeshare resorts. So far the company has pulled records from county land offices on sales since 2012 at 1,400 properties, most in the U.S. but a few in Mexico, Canada and the Caribbean. Readers are invited to upload maps, photos, reviews and association documents.

“We’ve made it pretty easy to see at a glance what’s going on at a particular resort,” says Bob Schmidt, chief data officer for Sharket, which is based in Celebration, Florida, near Orlando. “If you want to sell [your timeshare], it certainly helps to know what the going rate is.”

Sharket assigns a “Saleability Score,” which estimates the ease of selling a unit at a particular resort. If your resort receives a score from 8 to 10, Schmidt suggests you “contact a real estate broker who specializes in timeshares.” If it’s scored 6 or 7, you still have a good chance of selling, but probably via eBay, RedWeek or the Timeshare Users Group. Units at resorts with a low Saleability Score may be harder to unload, but you may be able to give them away through one of the sites.

“You have limited options,” Schmidt says. “There are some resorts where it’s difficult to sell because there’s no demand.”

Kozlowski says her company primarily deals with timeshares for major brands, such as Hilton and Marriott, and will take listings only on units at certain resorts. “We are very successful in selling those,” she says. Each agent decides which resorts he or she will handle. “We need to know all of the rules of the resort to sell it,” she says.

The real estate commission on a timeshare sale is significantly higher than the usual 6 percent rate for a house or condo. Kozlowski charges 15 percent if she handles the sale and 25 percent if there is another agent involved. She refers sales she can’t list to RedWeek, which offers a do-it-yourself option for $59.99 plus a $14.99 membership fee for a year or a full-service option for $125 and a commission of $399 or 3 percent when the unit is sold.

One of the biggest problems people who want to sell have to face is the proliferation of scams targeting timeshare owners. “There are probably 50 different scams going on at all times,” says Kozlowski, who has worked with law enforcement officials for the last five years to help combat timeshare scams. “I’ve got a client that was scammed six times,” she says.

“The way people should avoid scams is to hang up,” she says. “If you get a mailing, throw it away. [Agents] who are legitimate don’t need to solicit business.”

If you’ve got a timeshare you no longer want, here’s how to sell it or give it away:

Find out if it’s marketable. Look at Sharket.com to see if there have been any recent sales at the resort. Also check at RedWeek.com and TUG to see how units in that resort are being priced. But remember that an asking price does not, by itself, indicate value.

List it for sale by owner. If you can’t find a real estate agent who is willing to list your unit, list it at RedWeek.com, at TUG or on eBay. Including quality photos and a good description can go a long way to securing a sale.

Give it away. RedWeek and TUG also provide the option to list a timeshare you’re willing to give away for nothing. If you can find a taker, you’ll at least save yourself the annual maintenance fees. You may find a family member or friend who would like to use it. Don’t count on giving it to a charity. Most charities will not accept timeshares.

Ask if the resort will buy or take back your unit. Some major brands have formal buyback programs, but even those that don’t may be willing to take over the unit rather than see it go into foreclosure.

Avoid scams, and don’t pay upfront. Do not work with companies that sent you postcards or call and say they have a buyer for your timeshare. They don’t. Many ask for a large fee upfront and then disappear. You’re left with less money in your pocket and a timeshare you still want to get rid of.

Press the resort to cancel your contract. If you’re persistent, you may be able to talk the resort into canceling your contract. Attorneys will offer to do this for you at cost of $3,000 to $4,000, but often you can do it yourself, Kozlowski says, without paying the upfront fee.

Rent your unit to cover costs. If you can’t sell your timeshare, try renting it. “The rental market is much more robust than the retail,” Weir says. Some companies will rent your units for you in exchange for a hefty percentage, perhaps half, of the rent collected.

Expect consequences if you walk away. If you quit making maintenance payments, your account is likely to be turned over to a collection agency, and you may hear from them for years. “They’ll foreclose on you eventually, but they don’t like to do it,” Weir says. A collection action or foreclosure on your credit report can seriously damage your credit.