As the holiday gift-giving season approaches, we often are filled with a sense of dread: How will we ever find the perfect gift for everyone on our list, the time to finish our shopping and the money to pay for all the stuff we need to buy? 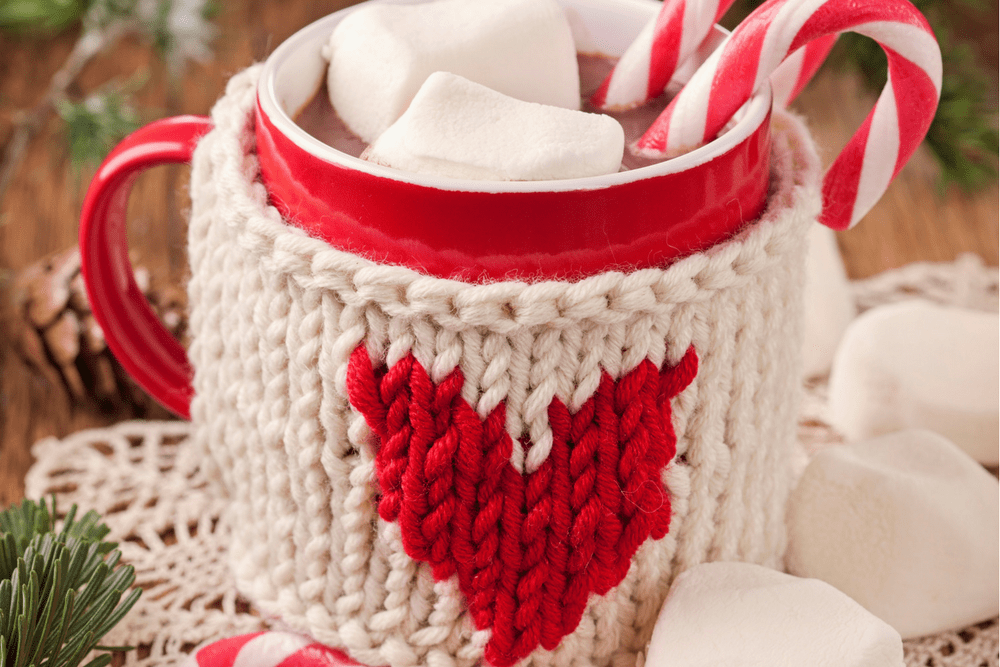 Some Americans are saving money and sanity by changing their gift-giving traditions and, in some cases, eliminating gift-giving entirely.

“I just gave up altogether,” says Sandy Smith, a human resources professional in New York City who blogs at Yes, I Am Cheap. Several years ago, after realizing she had blown a substantial bonus on gifts people had long forgotten, she told her parents, brother and sister that she was no longer going to buy Christmas gifts for them, and she didn’t want them to buy her anything, either.

Instead, she would take the family out to dinner at her expense. Her brother has since joined her in financing the outing, which the family looks forward to every year.

“We’ve enjoyed going out and hanging out and enjoying different cultures and cuisines,” she says. The first year she took the family to an authentic Chinese restaurant in New York City’s Chinatown. “It was such an exotic experience for my parents, and they loved it,” she says. “We’ve been introducing them to different foods all over the city. They’ve had a good time traveling the world through food.”

Check out: Thoughtful holiday gifts on a budget

Holiday traditions are important to many people, but you may find that your relatives are happy to quit exchanging gifts, especially as the family grows.

When I was growing up, each of the six siblings in my family bought each other and our parents a Christmas gift. Because five of us had birthdays in December or early January, we also bought five birthday gifts.

Buying 11 or 12 gifts, plus another handful for friends, didn’t seem so bad. The gifts weren’t expensive. The year my brother was seven, he wrapped up a bag of M&Ms for me.

But, as time passed, my sisters and brother married and had children, and suddenly we had 37 people coming for Christmas. Add in a few more holiday birthdays, children’s teachers, co-workers and friends, and we were headed for the poorhouse, not to mention spending way too much time in stores.

The truth is, no one in my family needs 37 gifts. Our solution was to draw names. Now each person buys just ONE gift. Some buy gifts for children and spouses and some don’t. We also gave up exchanging birthday gifts, unless we find something that’s just perfect. 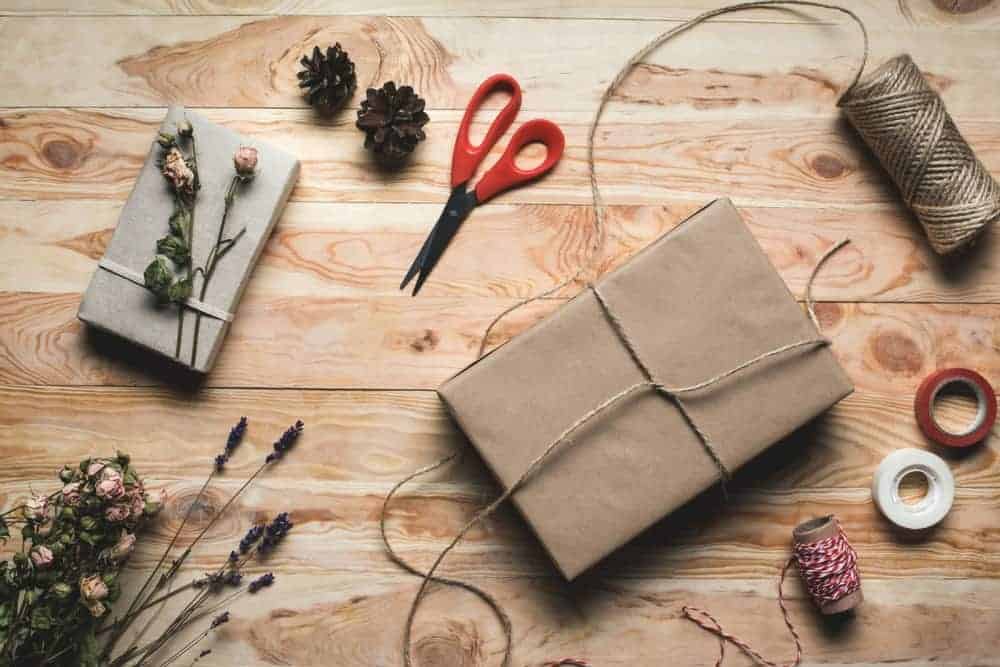 While you’re looking at family traditions, take a closer look at all the rest of the people you buy gifts for: your co-workers, your college roommate, the neighbor who invited you to a holiday open house. Do any of those people really want or need any more stuff? Yet, every year, we all rush around and struggle to find the time and money to buy useless things we can’t afford for people who don’t want them. Do any of your friends really want another scented candle?

Someone has to take the initiative and suggest a change in holiday traditions. Talk to your friends and family about gift-giving and see if they agree it’s time for a change. Most will be relieved and consider the time saved an even more valuable gift. Maybe you should give up exchanging gifts or set a dollar limit.

“It’s all about time, money and energy,” says Stefanie O’Connell, founder of the personal finance blog The Broke and Beautiful Life. “I think that the gift-giving process is a toll on all three of those things.”

She suggested to her four siblings several years ago that they quit giving each other holiday gifts and concentrate on their parents and older relatives. Not only did she save money, she discovered that she had more time available to spend with her family since she wasn’t out shopping. Her friends draw names for a Secret Santa exchange and they have the added bonus of enjoying the get-together where they exchange the gifts. 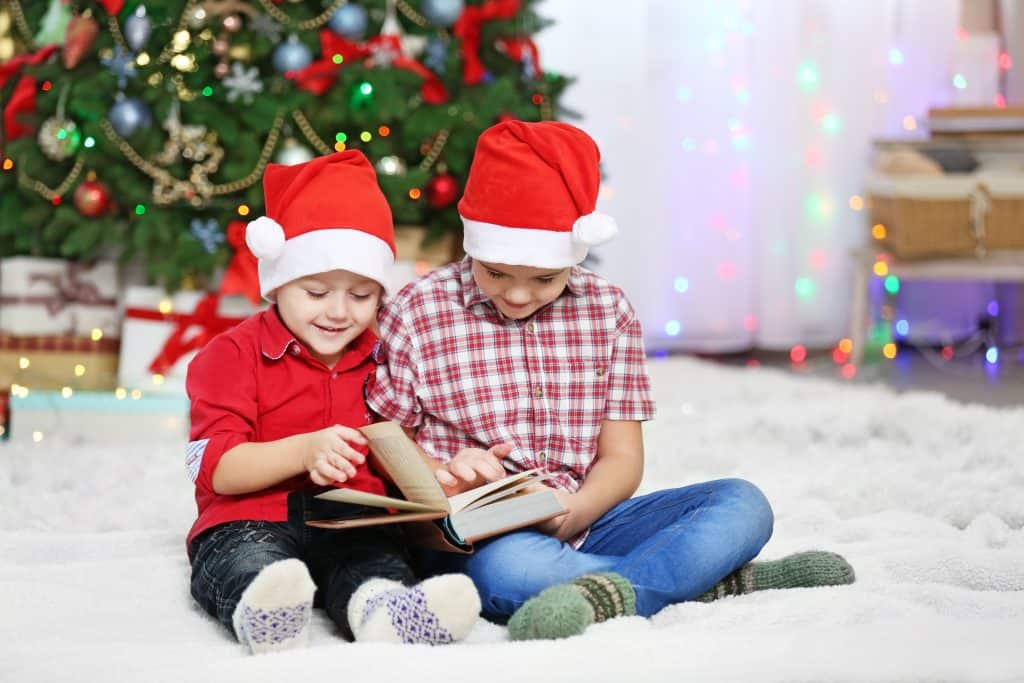 Some families find it easy to limit gift-giving among adults but still want to make their children’s holidays magical. But buying fewer things may be better for your children, says Andrea Deckard, a mother of three boys in Cincinnati and author at Savings Lifestyle.

She and her husband decided several years ago that they would buy each of their three boys only four gifts every year: Something they want, something they need, something to wear and something to read. They coordinate with grandparents and other relatives, so that if someone else in the family is buying one of the boys a jacket, the parents will get him socks or underwear, for example.

“We want to make sure they’re not getting too much junk,” Deckard says. How do the kids react to receiving fewer gifts? “It’s not as much of an issue as some people might think it is,” she says, adding that her sons, who are now eight, 11 and 16, have learned from the experience. “Our kids now realize that it’s stuff and we don’t really need all this stuff this time of year.” 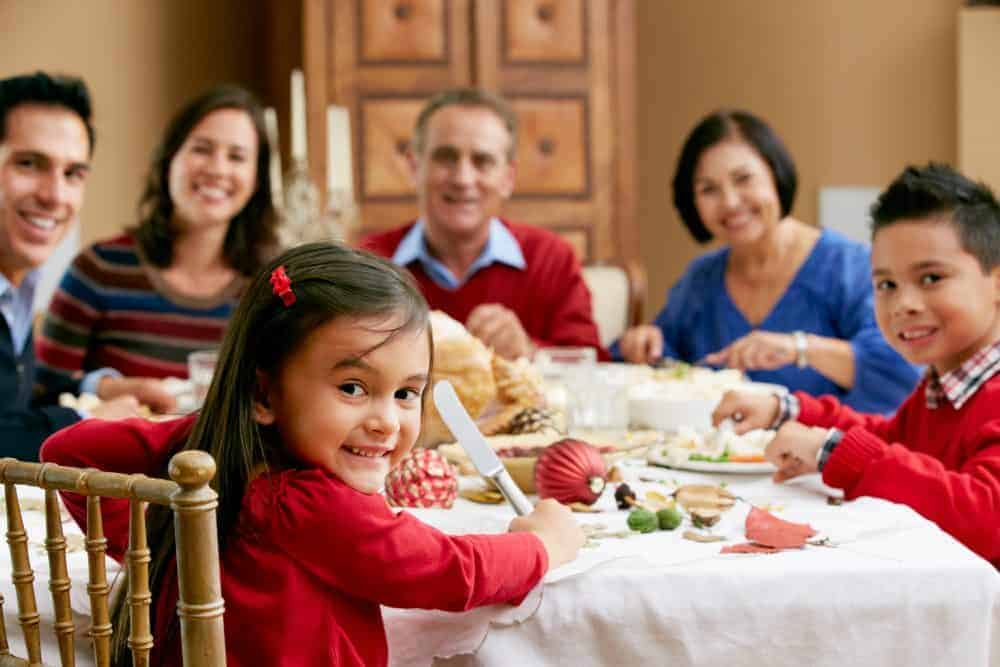 Getting off the gift-giving merry-go-round starts with a frank discussion with friends and family.

Smith, whose blog chronicles her journey of paying off $120,000 in debt from student loans and a failed business venture, has been vocal in recent years about her less stuff, more time philosophy. She believes it frees her friends from worrying about whether they need to buy her something because she’s buying them something.

“It turns into this crazy thing where they’re not really giving you a gift because they want to but because it’s a pre-emptive strike,” Smith says. “When you put it out there, it makes things easier for everyone. I think a lot of people want to go back to simpler things. I don’t think people will protest much.”

Here are 13 ways to cut down on holiday gift-giving, while saving you time, money and stress:

Set a realistic budget, and then figure out how to stay within it. Many people buy gifts without calculating their total expenditures and are surprised when the bills arrive. “Getting honest about what those numbers look like is a way to get grounded,” O’Connell says. “You don’t want to be paying your Christmas bills when spring comes.”

Talk to your significant other about alternatives. O’Connell and her boyfriend put the money they would have spent on gifts toward trips they take together. Other couples may prefer a night at the movies or a romantic weekend at home.

Suggest to relatives and friends that you end or limit gift exchanges. Some families may draw names for gift exchange, do a Secret Santa drawing, set dollar limits or end gift-giving entirely. Others, like Smith’s family, may do something together instead of exchanging gifts. “It’s been better for my relationship with my family,” Smith says. “The experiences have been so much better than the gifts that I was giving.” 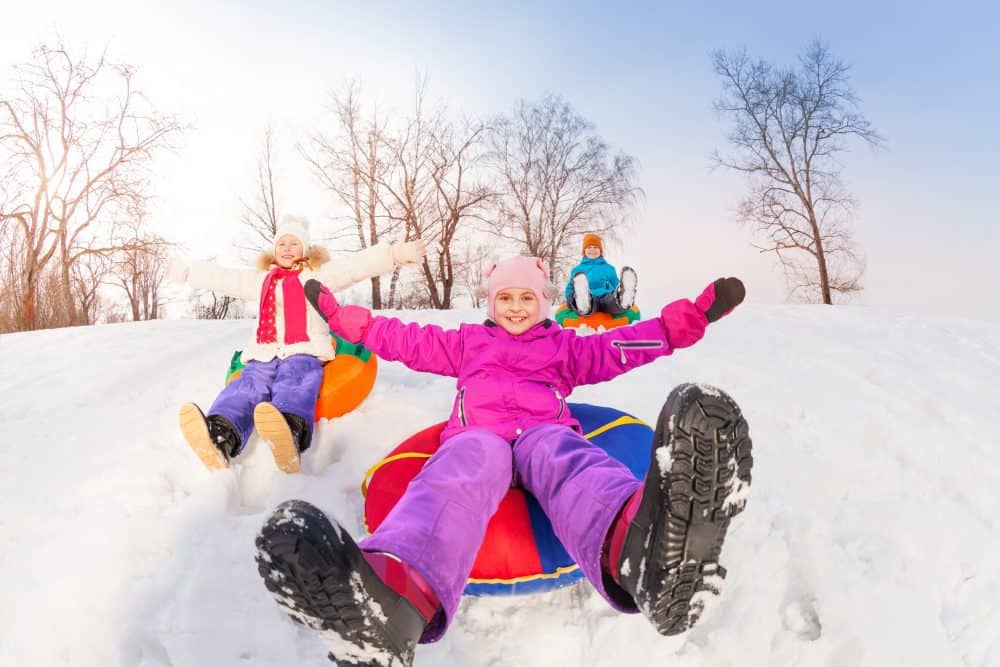 Coordinate gift-giving for kids with other friends and relatives. Deckard’s family members keep in touch to make an effort to limit the gifts they buy to things the children actually want or need. If your child wants something expensive, all the relatives might go in and buy that one gift, rather than buying individual gifts.

Opt out of office gift exchanges. Bake cookies for co-workers or write each a note about what you appreciate. O’Connell, who works in theater in addition to writing, gave up participating when she noticed how much some co-workers worried over the gift exchange. “The Secret Santa became this financial stressor that people weren’t finding joy in,” she says.

Ask your relatives if they would prefer alternatives to gifts. Many older people don’t want more things. Grandma may have all the sweaters she needs, but she may really want you to come over with dinner one evening or clean her gutters. Or, perhaps all the relatives can go in together and buy a year of housecleaning for the grandparents. Young families may appreciate an evening of babysitting, and teens may really enjoy an outing alone with a relative.

Bring edible gifts to parties. O’Connell comes from a big Ukrainian family where guests are expected to bring gifts. “You don’t come anywhere empty-handed,” O’Connell says. But a $5 bottle of wine is considered gift enough, she says. Wine, chocolate, cookies or other food items don’t cost much and won’t end up on a shelf collecting dust.

Make it clear to friends that you don’t want to exchange “little gifts” out of obligation. Give them the gift of freedom from that obligation to you. 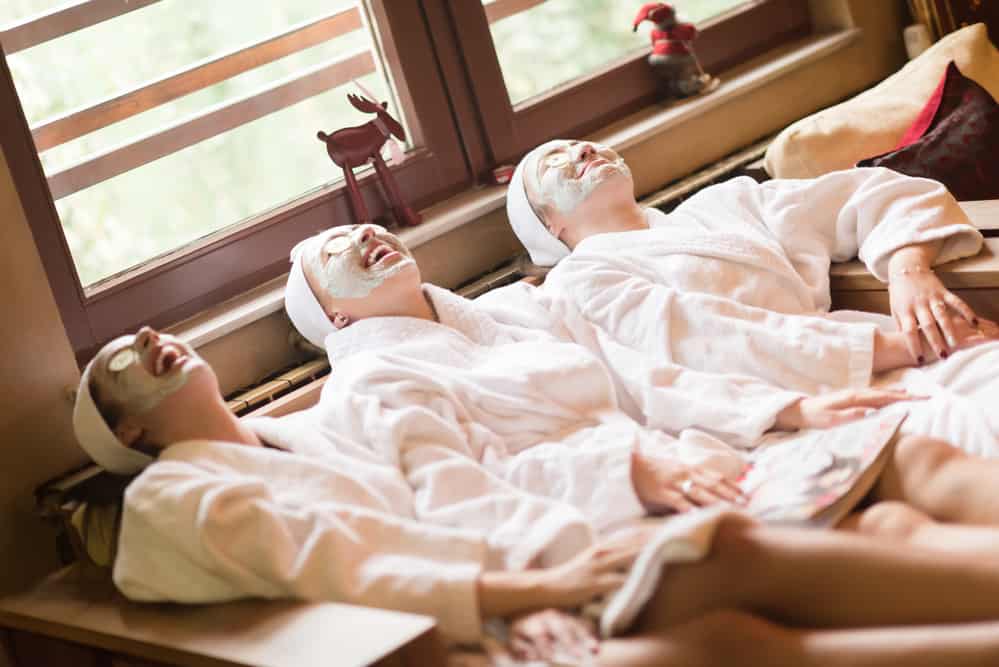 Consider spending time together instead of exchanging gifts: an evening out, a trip to the movies, movie night or dinner at home, a holiday baking party. That traditional Black Friday shopping day can turn into a day at the spa with your mom.

If you’re crafty, make some gifts. Grow herbs from seeds, knit a sweater, make posters or DVDs from photographs of special times with friends and family or create herb-infused cooking oils.

Give edible gifts. Gourmet coffee or tea, home-baked sweets, a few wonderful chocolates, a bottle of wine — all are likely to be more welcome than another knickknack. And, they won’t take up space in the house for years. Instead of exchanging gifts with co-workers, bring in bagels and coffee in February, when the holiday sweets are long gone.

Give time. For many of us time is much more valuable than stuff. Rather than bring a hostess gift to a party, offer to help clean up. Take your niece or nephew to a concert or a ball game. Spend an afternoon going through old photos with your grandmother.

Consider a really retro gift: a card with a heartfelt handwritten message about how much your co-worker, your child’s teacher, your friend, your sister, really means to you. Those kinds of gifts are much rarer, and more precious, than one more scented candle.

Save money by daring to challenge holiday traditions 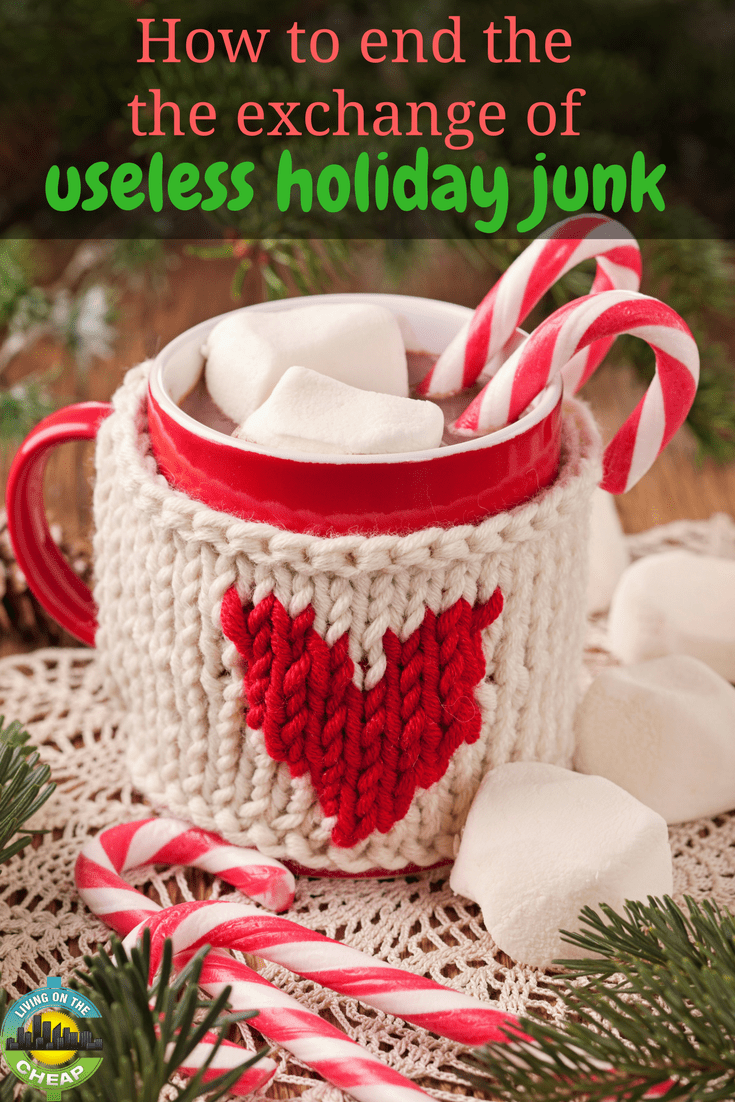