It’s become somewhat of a stereotype: Young adults are living in their parents’ basements, unable to secure gainful employment and unwilling to grow up.

That’s a major change from just a generation ago, when kids living with their parents after high school or college graduation were hardly common.

“Twenty years ago, if an adult child was staying at home, people assumed something was terribly wrong,” says Tina B. Tessina, a California psychotherapist and author of Money, Sex and Kids: Stop Fighting about the Three Things That Can Ruin Your Marriage. While Tessina says today’s young adults face a different economic situation, she points out that expectations have also changed.

No one can agree on a single cause for the phenomenon, which has been blamed on a lack of work ethic among young people, the economy and helicopter parents who are reluctant to let go. But as parents head toward retirement, supporting young adults who have failed to launch can hurt their own financial prospects as well as their children’s.

Moving back home can be a suitable, yet temporary, solution for young people who have recently finished college or suffered a financial setback. But experts advise parents and children to have a frank talk before the kids arrive with suitcases. Both parties should agree on how long the child can stay, as well as the house rules. That could include issues such as whether significant others can stay overnight and what contributions the young person will make to the household, either financially or through chores. 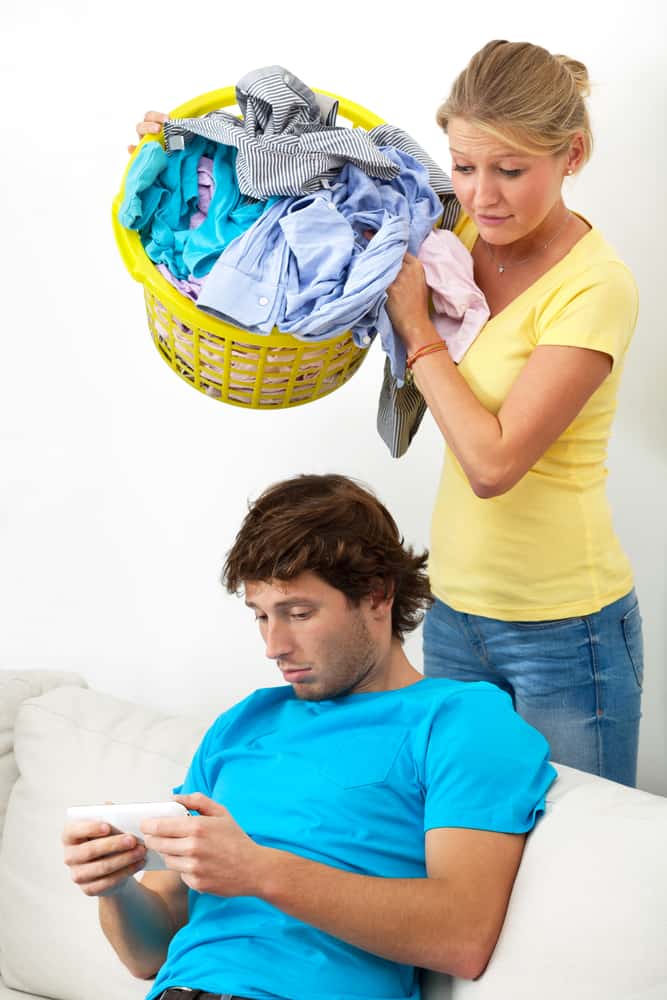 Some experts, including Tessina and Cruze, advise creating a written contract that spells all these things out. “When it’s in writing, you’re more likely to stick to it,” Cruze says.

No one formula is going to fit every family situation, says Nancy Buck, a developmental psychologist, speaker and author in Denver who is the mother of two adult sons. What’s important is to clearly set expectations from both sides. That way, you and your long-term house guest understand what’s expected.

That means parents have to anticipate slacking on chores and rule breaking. And they must know beforehand how they’re going to handle such defiance – and then be prepared to do it.

One problem with her generation, Cruze says, is that young people often have unrealistic expectations about the kind of lifestyle they can expect starting out. They may also be unrealistic about their job prospects. “Their expectations of what their job should be every day is out there in fantasyland,” says Cruze, who lives with her husband in suburban Nashville, Tennessee, and travels throughout the country educating young people about money. “It’s OK to work at Starbucks and two other jobs.”

Navigating this situation is particularly difficult if the parent and child have different attitudes toward money. Complicating matters further, it’s the time of life when the roles of parent and child naturally shift.

What the parents need to do, Buck says, is support their children in their life and career goals while pulling away from supporting them financially.

“You as the parent get to say ‘What’s your plan? How can I support you emotionally, because my time of supporting you financially is almost at an end,’” she says.

Exactly how long a child should live at home after finishing school depends on individual circumstances. In some cases, a highly motivated, hardworking young person can take advantage of the opportunity to start a business, pay off student loans or save for a house.

There are also times the parents need help from the child, either financially or to help take care of ill family members. More families also are embracing multigenerational living – but that’s usually after all family members have grown up and become financially stable. Most of the time, both parents and children are happier once the young people move out, get their own place and become self-supporting. “Once they get a taste of freedom and responsibility, they tend to decide it’s a good thing,” Tessina says. 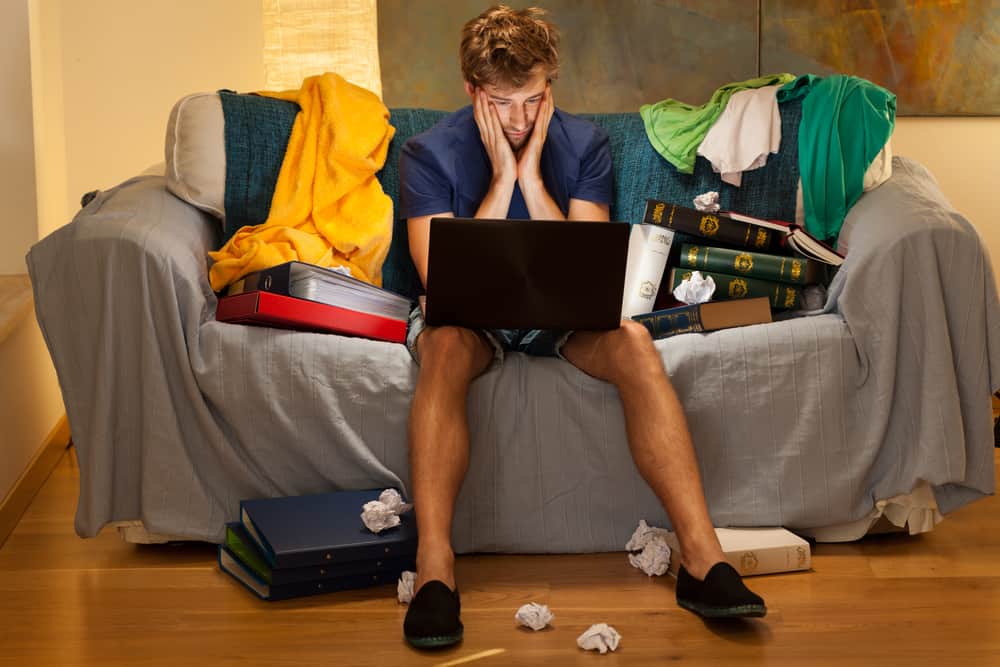 Here are 11 tips that will help get your adult children out of the basement and launched into a responsible adult life.

Make sure your young adult has a clear plan. If the goal is to find a job, that’s fine, but is the plan realistic? You probably want your daughter to move out well before she is named editor of The New Yorker.

Have clear house rules. Just as you would do for any roommate, explicitly lay out the house policies. Is the person who drinks the last of the milk supposed to buy more or put it on a list? Do people who stay out late need to call and let the others know so they won’t worry? What about sleepovers and loud parties? You’re now in a roommate relationship as well as a parent-child relationship, and that requires accommodation and negotiation.

Establish who pays for what expenses. Your child is likely to eat the food you buy, but do you want to buy gas for his car or pay for his dates? Encourage him to get a part-time job to at least earn his own spending money.

Share your professional networks with your child. But remember that you should help her find work, not do the job search for her. “You’re a parent, not their career advisor,” Buck says. “If you’re sharing that advice in a nagging way, it’s not going to work.”

Don’t make life too comfortable. Don’t do your child’s laundry, clean his room or make his dental appointments. Remember that he’s now an adult and can do anything an adult roommate can do. “If being home is too comfortable, why would they want to leave?” Buck says. 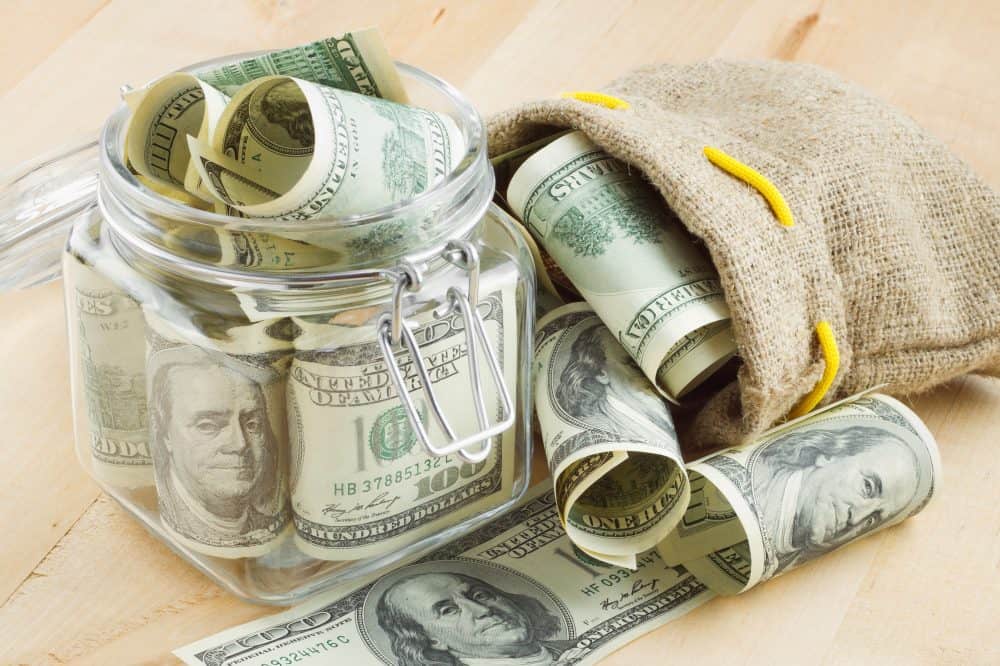 Do not spend money on your child that will take away from your retirement savings. If you can’t afford to contribute to your 401(k) plan, you can’t afford to buy your daughter a job interview outfit. Keep your saving priorities in mind whenever you feel compelled to spend on your adult children.

Don’t offer money unless specifically asked. If your child asks for money, consider making it a loan, with an official note and regular payments. Or just say no.

Avoid cosigning for apartments, car loans or other payments. If your child defaults, you’re responsible. And the potential damage to your credit doesn’t make helping out worth it anyway.

Don’t criticize the lifestyle your child can afford. If your daughter gets a job that allows her to afford a clunker car and a rundown apartment in a marginal neighborhood, support her in that choice and don’t criticize. “There is a sense of dignity attached to that,” Cruze says. “They’re doing what they’re supposed to do, and they’re living within their means.”

A version of this story appeared previously in U.S. News & World Report.

How to leave college with less student loan debt

Why I’m going to spend less on my kids

How to buy your first house