Smartphones are an expensive necessity these days, and kids are getting them younger and younger. To keep up with their friends, kids want the latest and greatest phones, and photo and video intensive apps like Facebook, Snapchat, and YouTube suck up your data like a tornado. 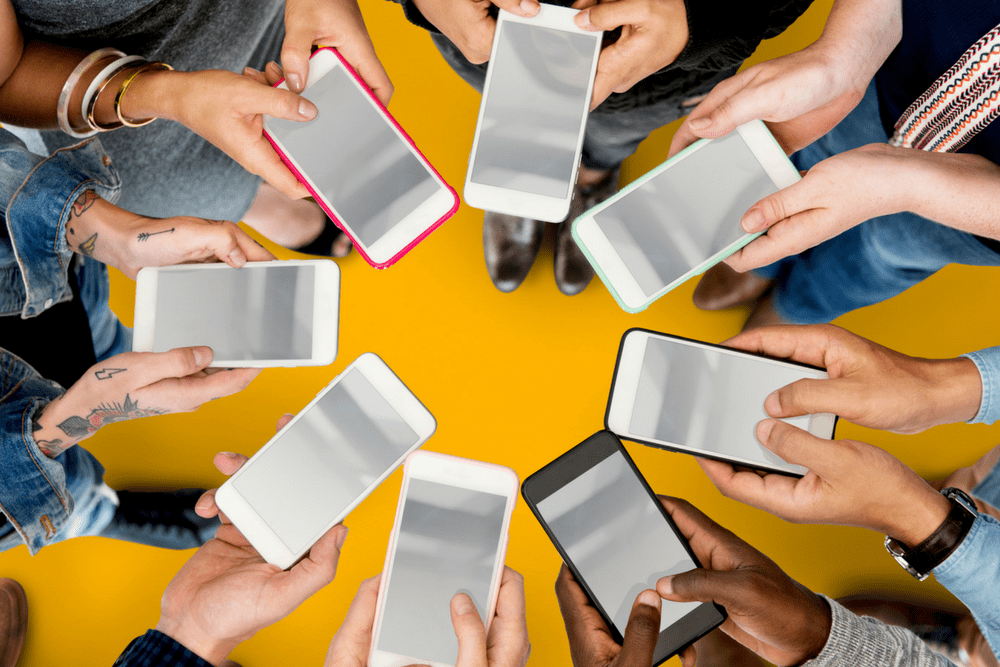 Choosing a cell phone plan is not simple

Cell phone plans run from very inexpensive to hundreds of dollars per month. Some are pre-paid, some have a contract, some come from big, reputable companies everyone knows, some few have heard of. There are so many options, it can be hard to make the right decision.

While each company shouts that they have the fastest, bigger, most reliable, and most modern network, how do you know what to trust? Which is really the best?

Read on for a basic review of the most popular phone plans available, and tips on choosing the right one for your family.

Verizon is the biggest network provider in the United States today, and for one reason above everything else: The network. I have used three different cell phone providers myself, and Verizon stuck out as the most reliable with the widest coverage.

It worked almost everywhere and I rarely dropped a call in my many years as a customer. A detailed network test by root metrics shows that Verizon performs best in more states and metro areas than any other provider. If that is your primary concern, Verizon is the best.

However, for the best network you have to pay a bigger bill than some others charge. A 2014 survey by ars technica found that Verizon’s average $148 per month bill is higher than any of the other major carriers.

As a major carrier, you can typically get the latest Android and iPhones at competitive prices, but that generally comes with a two-year contract. Verizon recently started pushing monthly phone payments rather than a one-time charge when up-front.

Verizon’s most advertised plan is their new unlimited plan, starting at $40 a month per line (with up to four lines).

The second largest provider also has the second best network performance of major carriers in the United States. AT&T typically outperforms any other provider with the exception of Verizon.

AT&T average monthly costs were $141 in the previously mentioned cost comparison report, which was less than Verizon’s $148 average. Like Verizon, AT&T offers the latest and greatest handsets.

AT&T also pushes their unlimited plan starting at $40 a month. They also offer prepaid plans and shared data plans. Their cheapest plan is $30 a month for just 1GB of data.

On a personal note, I was an AT&T customer when I first got a cell phone, and had occasional dropped calls, which went away when I moved to Verizon.

As a company, Sprint has seen high turnover in executive leadership and ownership as it struggles to compete in the United States market. It is known for having a spotty network. The company, however, is currently working on building out a network with the fastest data, but it will work in fewer places than the two larger rivals.

Sprint plans are among the most affordable and have the best family plan offerings. You can get four lines for $25 a month per line, with a fifth line free. They also currently offer to pay for your Hulu subscription if you enroll in their unlimited plan (but that’s a limited time offer). Unfortunately, their single line plan for $40 a month only comes with 2GB of data.

Like Sprint, T-Mobile struggles to keep up with the networks of Verizon and AT&T. However, it makes up for that with the best prices of the four biggest US carriers.

Like Verizon and AT&T, T-Mobile offers an unlimited plan for $40 a month per line, up to four lines. However, their current limited time offer is free Netflix with their unlimited plan.

One big benefit of T-Mobile is its international roaming option. Unlimited international data and text are included in most plans, and calls are 0.20 cents per minute. For big travelers, this may be the best option.

One of the newest cell phone plans available, Google is now in the cell phone business. I switched to Google Fi earlier this year from Verizon. Google’s offering is unique, but I am thrilled to have made the switch.

The network is a hybrid of three others. Google Fi handsets switch off between Sprint, T-Mobile, and US Cellular, using whichever is stronger where you are at the moment. The phones are programmed to securely use free public WiFi networks when available.

So far, I have noticed that the network is not quite as good as I had it with Verizon, but it works well in most cities and, like with T-Mobile, there are no extra charges for data and text messaging internationally, which I took advantage of earlier this year.

If you can live with a slightly weaker network than Verizon, this is a winning phone plan. Note that family plans are not offered, and each phone runs through its own Google account.

Google Fi currently supports Nexus 6P and Nexus 5X phones only, so this is a no-go if you’re addicted to your iPhone.

If you really want to save money on your phone plan (which we all do) sometimes you have to look to smaller providers. Republic Wireless runs on the Sprint network and uses hybrid WiFi calling like Google Fi.

Plans start at $15 per month for unlimited talk and text, plus $5 for every GB of data.

The plans are no contract, so you can leave whenever you want, unlike with the bigger providers that require a two-year agreement.

Republic Wireless offers a variety of Android phones, but also allows your to bring your own phone if you don’t like any of their offerings.

Cricket is owned by AT&T, and uses that network. Cricket was one of the first discount phone providers in the country. Data plans start at $30 a month for 2GB of data and go up to $60 a month for unlimited data. They also offer four lines of unlimited data for $100 a month.

Cricket offers a variety of phones at competitive prices.

Another entrant with their own network, US Cellular is a smaller provider offering  plans to those in hard to reach areas — but you pay for it. Plans start at $55 per month for a 2GB base plan. Their best offer, however, is their $40 per line (up to four) unlimited plan when you sign-up for auto pay.

US Cellular also offers pre-paid plans. The most compelling option is $45 per month for unlimited talk, text, and 6GB of data.

What makes the most sense for you?

The big phone companies are big for a reason, with the strongest networks available. However, smaller entrants like Google Fi and Republic Wireless offer compelling deals at a much lower price tag.

Before you pick your next plan, be sure to check their network map to make sure the places you spend the most time are covered and look at things like data overage charges in case you need a little more.

If you liked this article you may also enjoy:
Cell phone or smartphone: Which mobile technology is best for you?
Free cell phones with texting for eligible households 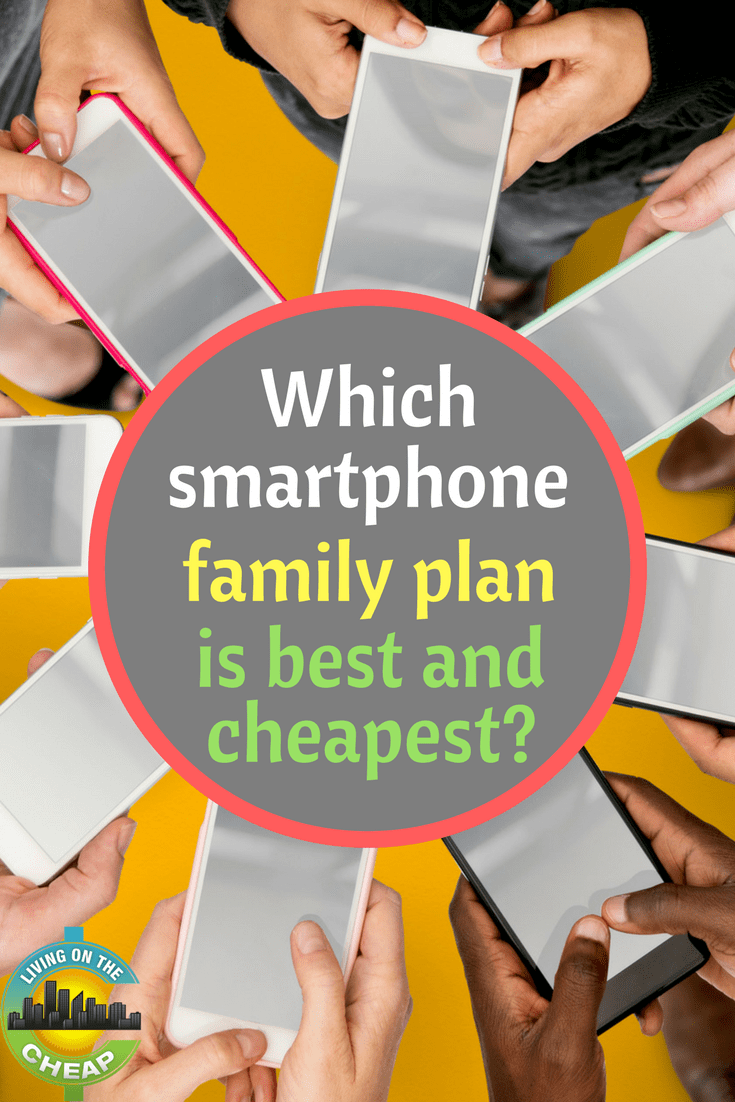