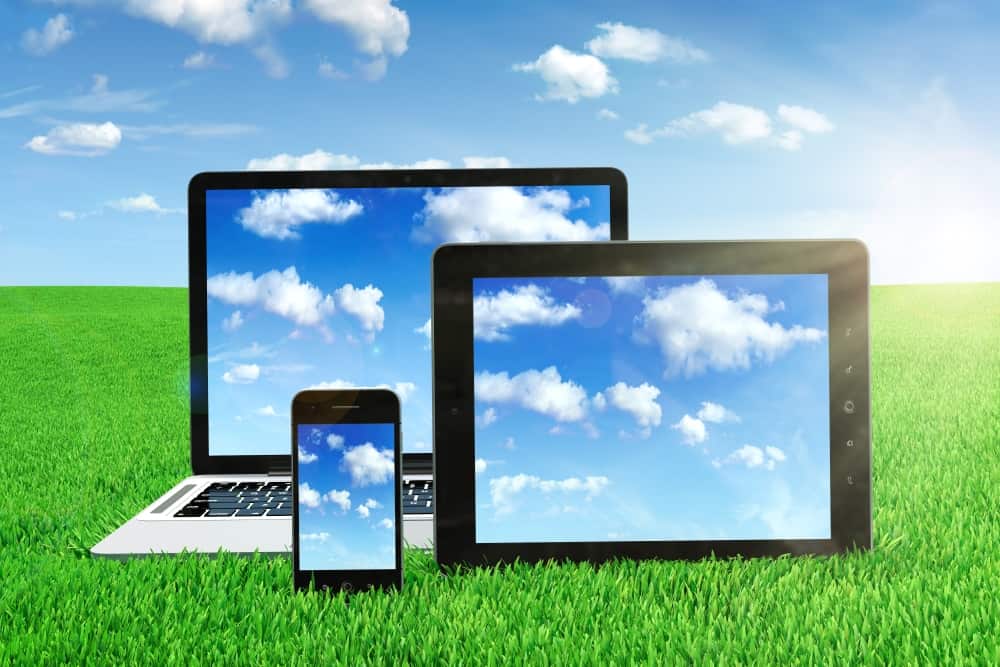 If you’re like most Americans, you have hundreds of photos, videos and songs scattered among your cellphone, computer, tablet and whatever other devices you own.

In recent years, cloud storage options have made it easier to share and organize your multimedia content. With your documents on the cloud, you avoid bogging down devices with every photo you’ve ever taken of your cat and all your favorite songs. But the biggest benefit is you won’t lose any of your files if your computer crashes or you lose your phone.

“The clouds aren’t going anywhere, and if they do, they’re going to give you a chance to download everything,” says Eric Rosenberg, a personal finance and technology expert who publishes PersonalProfitability.com and is a contributor to Living on the Cheap..

The right option for you may depend on the devices you use, though many cloud services work with PC, Apple, Android, Amazon and other devices. “Whatever platform you’re on the most is going to be easiest for you,” Rosenberg says.

The most seamless options automatically sync your content with all your devices, so that a photo you take with your phone is also available on your computer and on your tablet.
Which free cloud storage solution is best?
If you really want to be cautious, you can store your photos, videos and music not only in the cloud but also on an external hard drive, which is a portable storage device you can attach to your computer. Or, you can use two cloud services. “I have multiple backups at home and on the cloud,” Rosenberg says.
Your multimedia may require different strategies. For example, you should consider that some streaming services such as Pandora and Spotify allow you to listen to any song you want, whether or not you own it, which may make keeping your own music library less important than the photos and videos you have. “Once you’ve gone into one of the subscription services, you don’t need to buy songs anymore,” Rosenberg says.

Here are several cloud storage options you should consider for photos:

Dropbox. This is one of the easiest services to use. It automatically syncs your files to make them accessible on all your devices, plus you can set Dropbox to sync all the photos you save on your cellphone. You can save any type of file, including documents and spreadsheets – and Dropbox makes sharing files easy. A basic free account provides 2 gigabytes of space, though you can earn more free space by referring friends. Dropbox Pro is $9.99 a month or $99 a year and gives you 1 terabyte of space.

Google Drive. If you use Gmail or have a Google account, you have access to Google Drive, which comes with 15 megabytes of free storage space among all your Google accounts. In addition to storing photos and videos, you can store other types of documents and share them with others. You can set it up to sync your photos from your phone to your other devices. You can add 100 gigabytes of storage for $1.99 a month or a terabyte for $9.99 per month.

Apple iCloud Drive. This storage app, for all types of files, comes with iOS 9. You can use it in all your Mac devices and also on PCs, but reviewers say it works best on Apple devices. It allows you to automatically sync your files on all your devices. The iCloud Photo Library makes it easy to share photos and videos with family members who use the service. The first 5 gigabytes are free. You can add 50 gigabytes for 99 cents a month, 200 GB for $2.99 or 1 terabyte for $9.99.

Microsoft OneDrive. This service is also for all types of documents. While it’s standard with Windows 8 or later, you can download and use it on earlier version of Windows, as well as with iOS, Android and Windows phones. The service will “read” your photos and group them. But, as Casey Newton wrote in a review of photo storage options for The Verge in 2015, “Microsoft’s effort suffers from a general sense that it’s just okay-ish. Photos just don’t seem to be OneDrive’s top priority.” You get 5 gigabytes of storage free, with 50 gigabyes more for $1.99 per month. If you have Microsoft Office 365, 1 terabyte of storage is included in the $6.99 per month fee.

Amazon Cloud Drive. Amazon’s storage is free for Amazon Prime members. Others pay $11.99 a year for unlimited photo storage plus 5 gigabytes of storage for other files such as videos and songs. There is also an Unlimited Everything plan for $59.99 a year. It works with Mac and PC but doesn’t integrate with other applications, and you can’t import photos from your social networks. Steven J. Vaughan-Nichols, writing for ZDNet.com, was not impressed: “My bottom line is that if you own an Amazon Fire tablet or Fire phone, or you’re an Amazon Prime member, Amazon Cloud Drive is worth it. If you’re not, for me that lack of integration with your desktop operating system is a deal-breaker.”

SmugMug. Designed specifically for photographers, SmugMug promises safe, secure and unlimited photo storage.  Consider it if you want more robust display options for your photos. It’s also the best bet if you want to sell your photos. Click here to find out more.

Monthly subscription services make it easy to stream all the media you want. But it may be smarter to buy your books, movies and music.

Google Play Music: Google’s free service lets you add up to 50,000 songs from your own music library using its free Music Manager software, which matches your songs with its own huge library and only uploads those it doesn’t offer. You can listen to your music on the web, on iOS or Android phones, using Chromecast or a Sonos speaker. With the premium option for $9.99 a month, you can also listen to unlimited songs from Google’s vast library.

Amazon: Amazon’s cloud music service lets you upload 250 songs free (not including those that match its own library), but for $25 a year you can raise that to 250,000 songs. It runs on most platforms, including PC, Mac, iOS and Android, and works on multiple devices, including the Amazon Echo, which will play your choice of songs using speech commands. Prime users get free streaming from the Amazon library of 1 million songs.

iTunes: You can use the iTunes software free and store the music files anywhere in the cloud you want, such as Dropbox or Google Drive, as well as on your own computer. If you use iCloud, it syncs your music with your Apple devices. But that’s old-school, since you can’t stream your collection from elsewhere. iTunes Match, Apple’s streaming service, is $25 per year and provides access to iTunes radio and Apple’s enormous collection that it says numbers more than 30 million songs.