One of the things I struggled with the most while planning the wedding of the century was registering for gifts. I mean, I don’t like the idea that only married people get to have neat kitchen things. And furthermore, we’re both past 30. We have a stocked kitchen. Our home lacks for nothing, really. Then there’s the issue of space. We’re already living in as small of a space as Brent wants to live in, ever. Where are we going to put all this new stuff? So really, the question is, what do we include in a minimalist wedding registry?

How to have a great wedding on a small budget

There are cash registries. Pay for horseback riding on our honeymoon! Upgrade us to a different sized room! But asking our nearest and dearest for money felt even worse than registering for stuff. I wanted to ask for restaurant gift cards. You know, put a list of our favorite places on our website and ask people to buy our date nights for the next year? That would be awesome! But Brent said that was exactly like asking for cash, and he wasn’t comfortable with that. 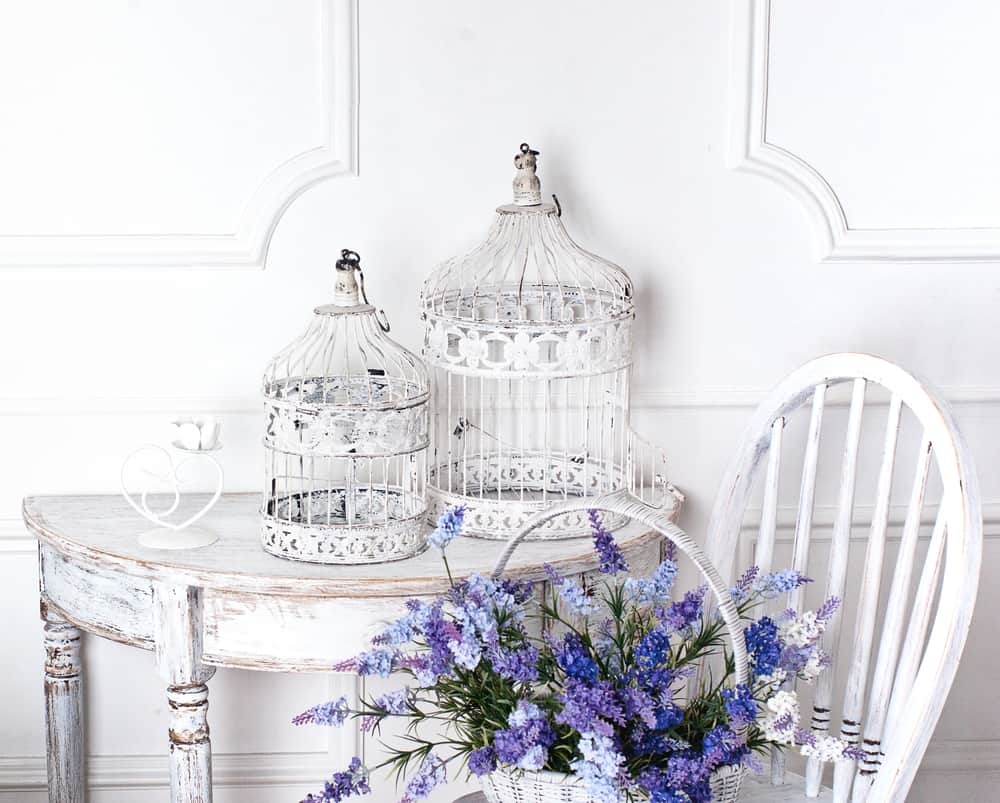 My future mother-in-law is a frugal kindred spirit and understood my dilemma. But she picked up the phone several months ago and administered a little tough love. “People want to buy you things. They’ve been waiting years for this. You have to have a registry.”

Anne, who is the expert on all things gifty, agreed. She even put together a whole post of what to register for when you already have everything.

So, I reluctantly agreed. We registered with Amazon, which is amazing because I didn’t have to go to Target with one of those gun things (which I bet I could get into but sounds awful).

Then, a funny thing happened. Brent made margaritas, which was a splendid idea. That loosened us up a bit, and we used Anne’s list as a guide, and got to work.

It wasn’t long before we were shouting things back and forth at each other. “Get the fanciest can opener they have!” “Sort by price high to low!”

I can’t be the only one with this problem. We had to register for stuff. Well, that’s not true, we can do anything we want! But I decided not to start my married life by picking this battle. Wedding guests give presents; that’s how it goes. Okay. 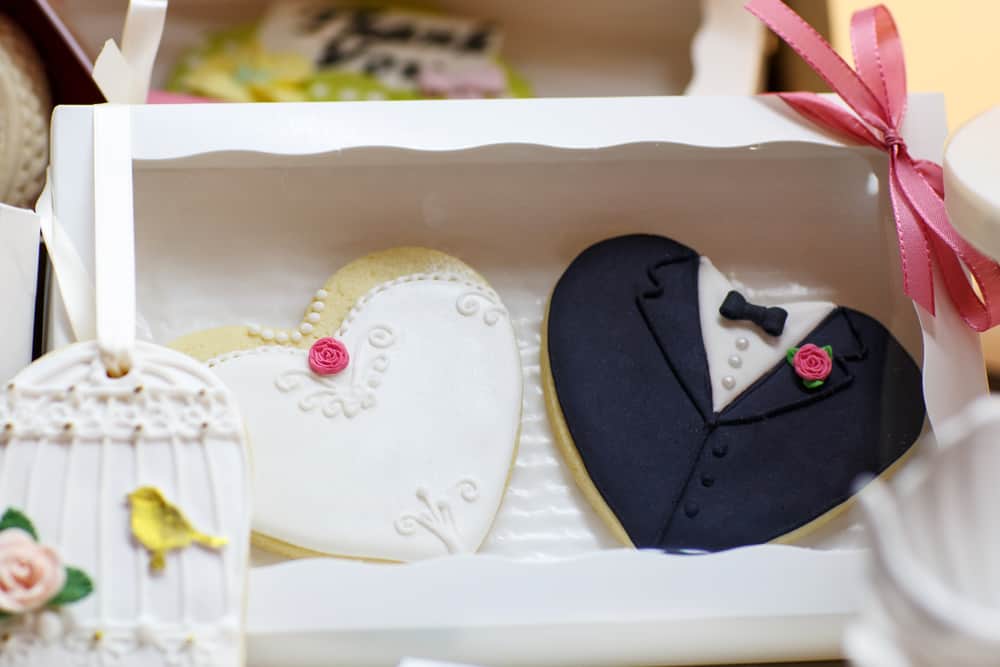 First, let’s agree on a working definition of minimalism.

[Tweet “Have nothing in your house that you do not know to be useful, or believe to be beautiful.”]

My interpretation of this rule: have the very best things in your home. The best things don’t need to be replaced often (if ever, for some things), and they’re perfect registry items because they’re the kind of thing we wouldn’t buy on our own.

Next, let’s talk about one of the cardinal rules of minimalism: one for one.

Every time we get something in the mail, we promise to take out something it’s replacing, or if it’s not replacing anything, we have to find something to get rid of anyway. We’re aiming to decrease the amount of stuff in our home, not increase. So we’re doing this gradually, though we recognize that we’ll have our work cut out for us when the wedding gets closer.

Getting gifts ahead of the wedding is wonderful, and it’s a practice I will carry forward for every single one of the weddings I’m invited to in the future. We’re able to thank people right away, and play our one-for-one game several times a week.

Now for the registry. Everything we registered for falls into one of four categories: nicer versions of things we already own, things we’d like to own but haven’t gotten around to buying for ourselves, things that will help us organize our small space, and things we’re “supposed to” register for.

Category One: Nicer versions of things we already own

Chef’s knife, paring knife, cleaver… and a place to put them in the drawer.

We had a Dutch oven, but it wasn’t Le Creuset, and the enamel had chipped, revealing rust. Also the ramekins are just adorable. And the crock replaces a vase we currently use to hold wooden spoons.

This line replaces almost all of our pots and pans.

A wok, and lid

We’re getting into Thai cooking, and a wok, and its corresponding lid are essential for cooking the way Thais cook.

Kettles for Coffee — both electric and stove-top

Ours leaked, and needed to be replaced. Now it is gone, and we have two new ways (electric AND stovetop) to heat water quickly. They’re so hip, too, that our kitchen looks like Portland’s smallest coffee shop.

The world’s most beautiful cutting board

Seriously. This thing is amazing. It lives on our island (take that, mail!) and is one of those pieces we will have for our whole lives. It is not just a cutting board. It is a statement.

Sure, we had wine glasses. But not these. These are lovely.

Category Two: Things we want to own and would purchase ourselves at some point

These things would end up being purchased either as gifts for each other or on a “you know what we need?” at some point: a mandoline slicer,  splatter guard, mortar and pestle, and microplane zester.

When this came, Brent said, “great! We can use it to hit people in the head if they break in!” but I’ll be honest: I have to do some real upper body work before I’m able to use this as a weapon. For now, though, I’ll use it to get things good and crispy.

This awesome coffee table has two functions: table top and storage! It also has two side tables that match. If you’re low on space, you want to have things that help give you some storage back.

Creating Space in the Kitchen

Our problem isn’t that we don’t have enough cabinet space. It’s that our cabinets are deeper than our armspan, so we’re really inefficient with the space we have. So we’re registering for cabinet organizers, cabinet drawers, and an under-sink organizer.

If you can’t create space (and there is a limit!), you want things that take up as little space as possible when they’re not being used. Take the collapsable salad spinner and colander for example. They’re usually space hogs — ours right now are too big for cabinets! But when we replace them with these, they’ll take up the same amount of space as a cookie sheet.

Towels (for home and beach)

I don’t think I’ve ever purchased towels in my life. My mom was constantly updating her towel collection, and I’d end up with very nice hand-me-downs. It’s probably time to have my own bath towels. And a few fun beach towels while we’re at it!

By now you should know that I have nothing against buying things second hand. NOTHING. Nor do I think there’s anything wrong with hand-me downs. But I do feel like I’ve leveled up in adulting by having a full set of gorgeous flatware I picked out myself! Seriously. I know that sounds silly, but it’s true.

Not china, because we’re too clumsy to have china, but dinnerware. Nicer than we have, and elevated everyday dining. Also, square. Square big plates. Square salad plates. Square bowls.

This slow cooker is a HUGE upgrade from the one we were using before. It browns, it slow cooks, it steams. Holy smokes.

Okay, so this one is one I am not sure I could ever justify buying for myself. HOWEVER, it was the first gift we received, and it is one we use three to four times a week. Yes, it is the world’s most expensive blender. And yes, it is amazing.

“This is the best wedding present we received,” says my father-in-law to be, every time he pulls his ice bucket out for a party. The first time, I thought he was joking, but I’m more convinced now that he’s serious.

“Would you like some fresh ground pepper? Tell me when.”

Those are the words I’m expecting to hear now from Brent, every time we make food that requires pepper. This pepper mill is a statement piece, and it’s artwork for the kitchen. 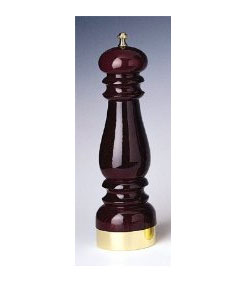