Passover is normally a holiday for gathering friends and family. Even though the health restrictions of recent years have eased in most places this spring, many families discovered that technology helped them include loved ones from both near and far in the celebration — and that’s a new tradition many people may want to continue. So read on for Passover ideas for family members both young and old, near and far.

Passover this year, 2022, is from sundown April 15 to sundown April 22. Traditionally, a Seder is held the first two nights, although it can be held other nights as well. 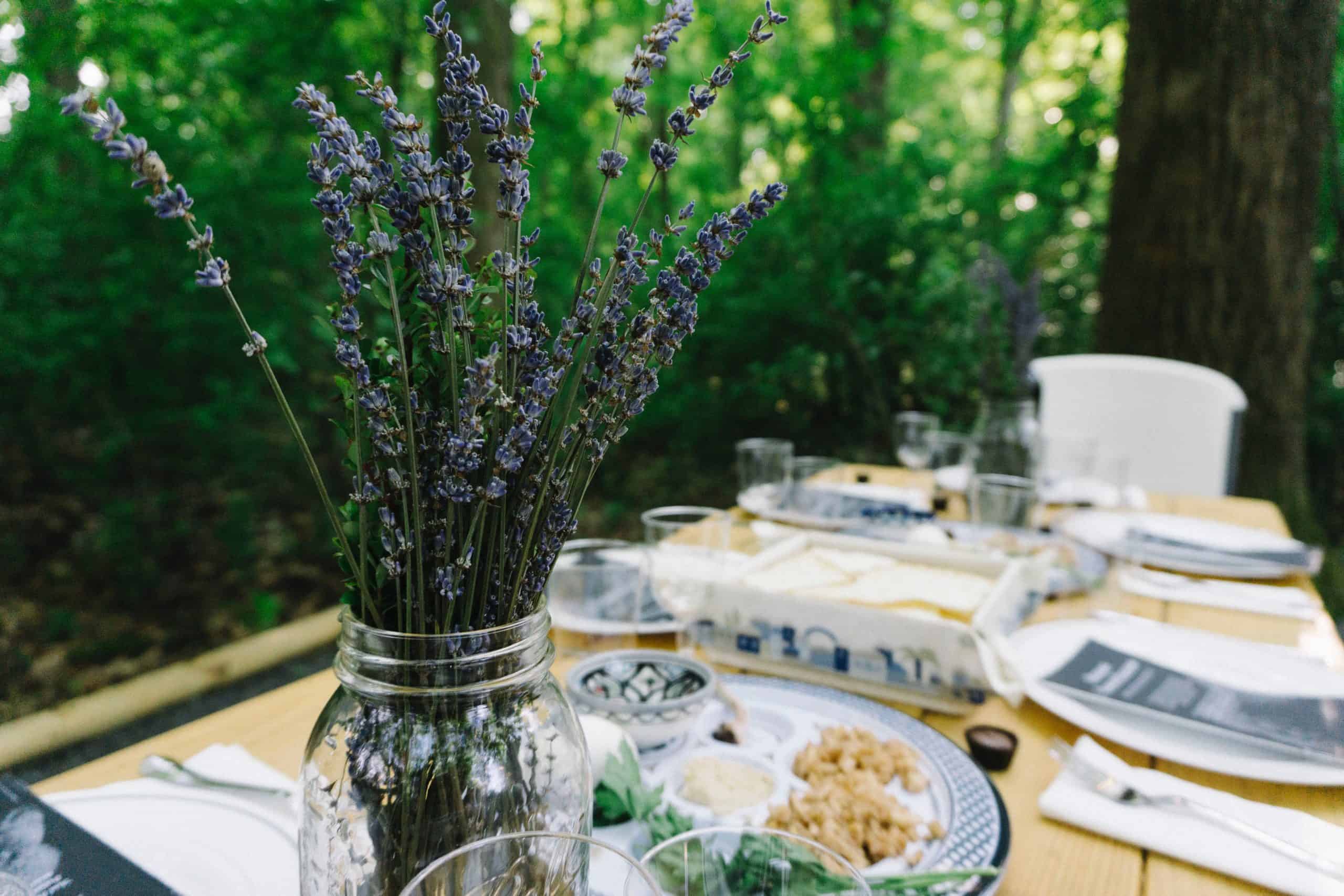 How to host a Zoom Seder

It’s not unheard of for people to use videoconferencing to share a celebration with far-flung friends and relatives, but in the past few years it was done on an unprecedented scale.

All of the popular video call platforms work fine for an online Seder. Here is our guide to staying connected with Zoom, Google Hangouts, Facetime and Skype.

However, it’s tricky to use technology for the Seder because there are differing interpretations of Jewish laws that govern work during the Sabbath and on holidays like Passover.

Jews with different practices will have different levels of concern about using electronics during the Seder. For some, it is not an option. In those cases, why not have a pre-Seder Zoom gathering? Please consult your own Rabbinic authority to verify that what you’re planning is consistent with your practice and belief.

Some Jewish authorities have suggested:

If you are in different time zones, start early enough so that whoever lives farthest east will be able to sign off before candle-lighting arrives in their time zone.

In these times, you might especially want to send greetings to friends and family who can’t be with you. You can send a free Passover e-card from Chabad. 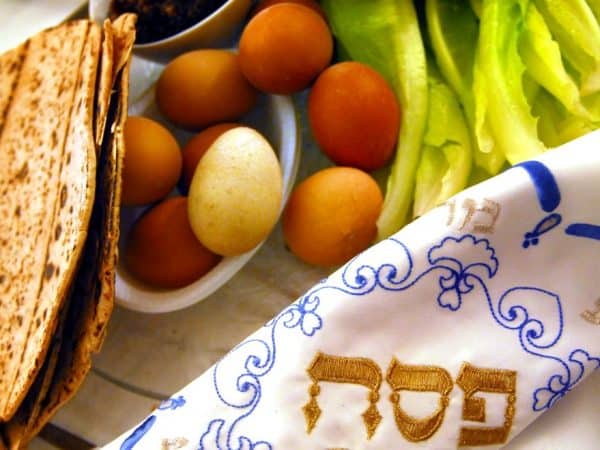 Among the traditional foods served at Passover are brisket, roasted chicken, matzo ball soup, potato kugel and coconut macaroons.  (We’re using the Webster’s Dictionary spelling for the unleavened bread product.) More people than ever are cooking this year, and we’ve found these Passover recipes.

Passover games and fun for the kids 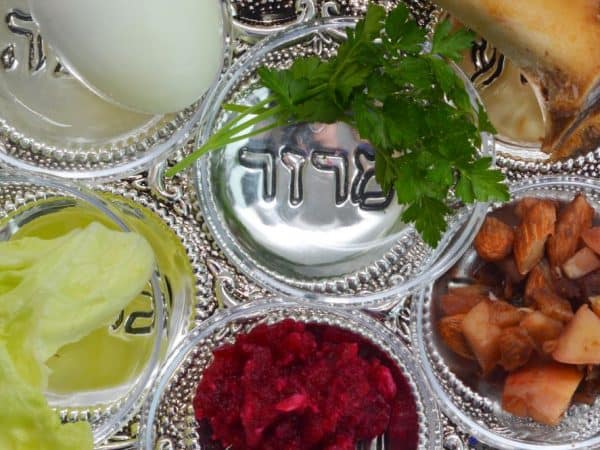 The story of Passover

Passover commemorates the biblical story of Exodus, when Hebrew slaves were freed from bondage in Egypt. The story is told in the Book of Exodus, Chapters 1-15. So, Passover is a celebration of freedom.

When the Israelites were freed, legend has it that they left in a hurry and could not wait for their bread dough to rise, which is why no leavened (raised) bread is eaten during Passover. Instead, it is replaced by matzo (also spelled matzoh or matzah), a flat, unleavened bread. Passover is observed by avoiding chametz or leavened bread (including even the presence of chametz in the house).

The first night of Passover begins with the Seder, a ceremonial meal containing the following six symbolic foods on a plate, used in an orderly ritual during the telling of the story of the Exodus.

The items on the Seder plate each represent something about that story. Here’s a very brief description of each of those objects. You will certainly find other interpretations of the symbolism of each of these objects.

Other elements of the Seder that you might have heard about:

The Haggadah is the book that guides participants through the Seder. The word Haggadah means “telling,” as it tells the story of the Exodus from Egypt.  You can purchase a Haggadah, but there are countless versions that you can download and print, for personal use. Here are a few: 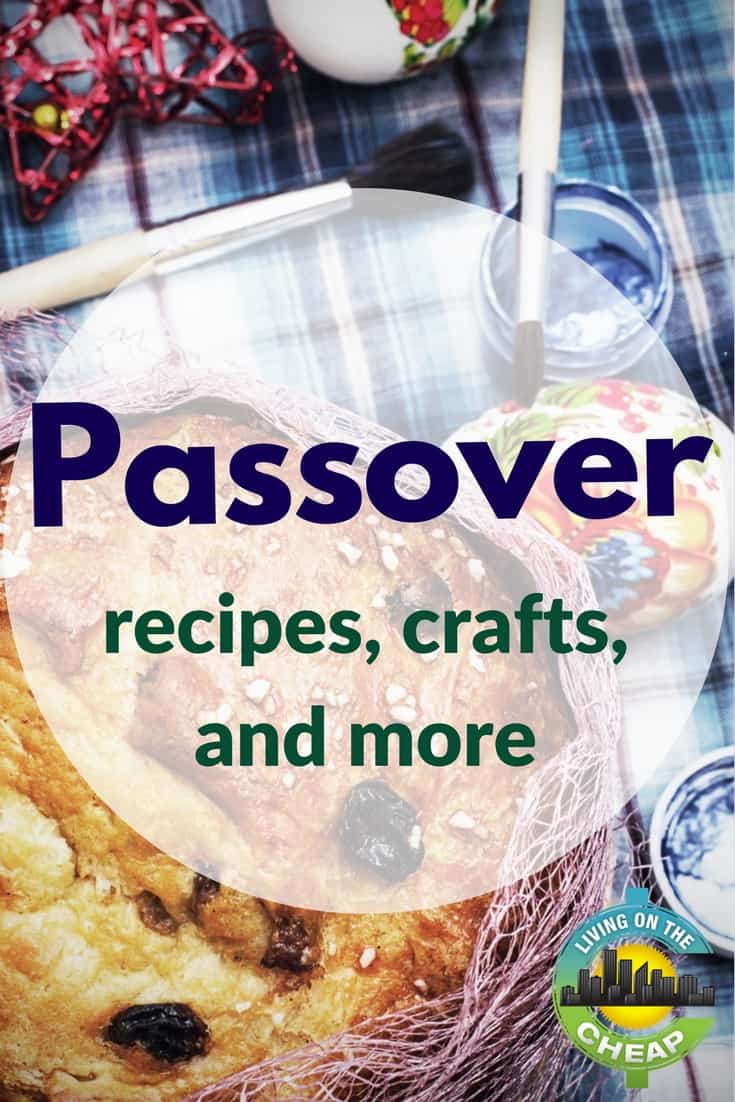