Picture it — everyone pushing and shoving to get a good look at your little computer screen so they can watch YouTube, Netflix, Hulu or Amazon Prime. If you need a little more elbow room now that everyone is home or if you would just rather watch on a bigger screen, here’s what you need to know about getting what you see on your phone or laptop onto your TV. 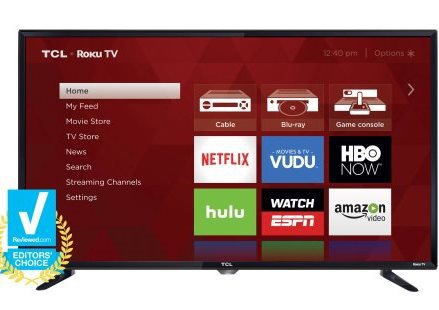 Want more tips about how to cope at home? Sign up for our free daily newsletter.

If you need a cable, ask a friend to borrow an extra one. You can also buy them for about $10 at retailers or online. Connect one end of the cable to the television and the other to the laptop. Whatever your computer screen is showing will instantly show up on your television.

Keep in mind that even though you can view any paid streaming site that’s on your computer on your television, you still need to have a subscription to access their libraries.

Consoles: If you have video game consoles, such as PlayStation, Xbox, Nintendo Switch, they come with streaming services. Connect your PlayStation, again via the HDMI cable, to your television and search the console’s app store to download your choice of streaming service. The apps are free to download, but if it’s a paid service, you need a subscription. There are several free apps you can download as well, such as YouTube and Crackle.

Streaming Sticks: Amazon Fire Stick, Roku and Google Chromecast Ultra are streaming sticks that insert directly into your television port — yup, it’s that easy — and the streaming service apps pop up on your television screen. (Some models connect with a cable.) Which one you use is a personal choice, so compare what apps each one comes with and what type of television you have to see which one is best for you. Prices range from $25 to $99, but remember that’s only the device. Downloading apps are free, but you need to budget for paid memberships.

Free movies and TV shows you can stream

Money-saving tip: Before signing up, see if the paid services, such as Netflix, Amazon Prime  and Hulu will offer you a free trial. If you try out each one for a month, you can get several months of free entertainment before deciding. Just remember to cancel the ones you don’t want before your free trial is up.

Get a free trial of Hulu