As with weddings, bridal shower costs can sometimes get out of control. The average cost of a bridal shower is $15 to $40 per guest (that’s $300 to $800 for a 20-person party), but can go as high as $150 per person ($3,000 for a 20-person shower), according to CostHelper.com. Many bridesmaids in theirs 20s and 30s don’t have the cash to shell out thousands of dollars for a party – on top of the dress, bachelorette party and wedding travel costs. 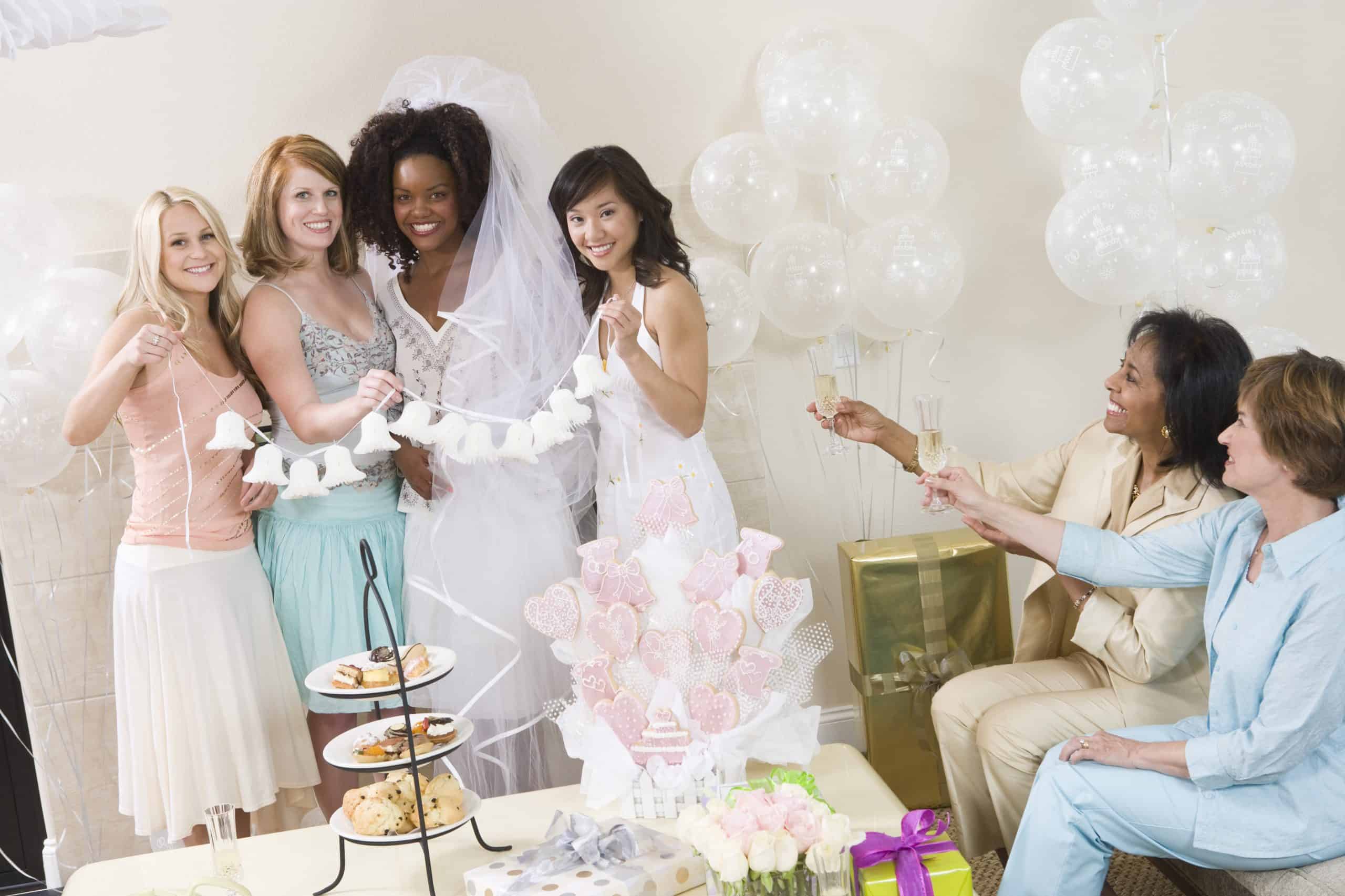 If you need to keep the bridal shower you’re throwing to a reasonable budget, be confident that you can throw a memorable soiree without breaking the bank. Just because bridal shower venue, food, drink and decoration costs are low doesn’t mean the bridal shower needs to feel cheap. Here are a few planning tips that maids-of-honor and friends can take to plan a beautiful bridal shower on a budget.

Unless the bride has requested a specific restaurant, the most affordable bridal shower venue is someone’s home. If your place is too small, consider asking a friend or family member to host the event. In most circles, at least one guest lives in a space fit for a party. This will save on rental costs and the high-priced catering services venues often require.

If not, consider making a reservation at a restaurant instead of renting a room for the bridal shower. This can be a nice way to cut the costs of renting a venue while still getting ample space. Of course, it’s important the restaurant is amenable to the party taking over a portion of its dining room.

More intimate bridal showers could simply take over one of the larger tables. And you don’t have to have a full meal. Look for dessert-focused restaurants, tea houses or wine bars that can accommodate your group with festive drinks and snacks. Or hit up an eaterie mid-afternoon when it’s less crowded and enjoy a cheaper meal of drinks and appetizers with the group.

Bridal shower decorations and party favors on a budget

Most bridal shower decorations are thrown away after an event, so it’s wise not to spend too much money on them. At a bridal shower last year, I saw that candles served as both centerpieces and party favors. You can also get double use with flowers, candy or other little goodies.

Another great decorating idea: Make paper flowers of various sizes and place them around the room. Remember the ones you made in elementary school with tissue paper? Done in the colors of the wedding, these can be fun to make, cheap and easy to toss when done.

At one shower I attended, the host put bath salts into tiny containers (bought at the dollar store or in bulk online). These favors also doubled as decorations and were relatively cheap and classy.

Another way to decorate is with words of wisdom. Hang a piece of string across the room, put some clothespins on it and set out some slips of paper and pens. As an activity, guests can write out words of marital wisdom, then post them on the line. This will create a nice backdrop for the event without costing much.

You can also look for secondhand bridal shower decorations because likely they are in good shape having only been used once for a few hours. Make an agreement with friends to save and share “bride to be” banners or cake toppers, or ask on online buy-sell-swap forums. 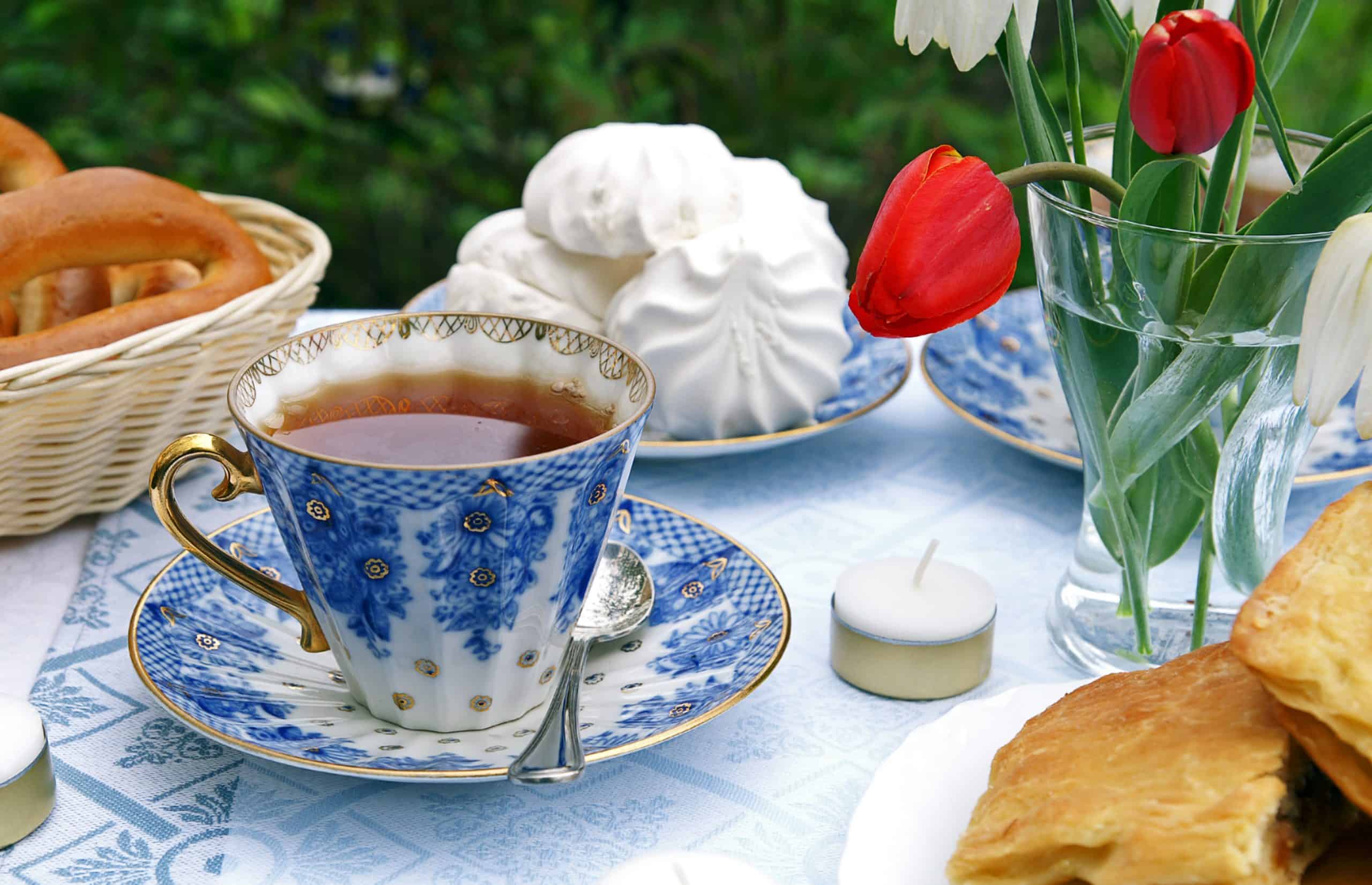 Ideas for bridal shower food and beverage on a budget

Food and drink is where many bridal shower budgets go astray. With some careful planning, yours does not have to.

The best way to cut costs is to schedule the event when people aren’t planning to eat a lot. Shoot for a mid-afternoon social, so most people will have had lunch and won’t be planning on making a meal of the event. Make sure to state that light refreshments will be served. Crackers and dips can appear refined without costing a lot; create a photo-worthy charcuterie board and people will be so impressed, they won’t realize they’re not getting a whole meal.

If you’re going the route of a tea party, it’s cheaper and easy to make much of the food yourself. Pre-making small sandwiches is easy and affordable, and scones aren’t that hard from scratch or a mix. Arrange tea bags in pretty bowls to seem festive, or order loose leaf tea in bulk, then use the extras for party favors (perhaps along with an inexpensive mug or tea ball).

Spread the costs of bridal shower food with a potluck. It won’t feel tacky if you ask everyone to bring a dish then write up the recipe on the card with a personal note for a bride. Collect all the recipes in a homemade recipe box to give as a personal gift from the group.

For cheaper bridal shower drinks, make champagne cocktails with inexpensive champagne, juice and frozen fruit. Having pre-made drinks means that the most expensive part of the cocktail — the booze — is rationed, instead of guzzled by a thirsty guest. For non-drinkers, throw some fresh-cut fruit into a pitcher of free tap water, and you’ve got a fancy, spa-inspired drink.

These days, even wedding invitations are going online, so there’s no reason you can’t send an electronic bridal shower invitation via Evite or Paperless Post. Your guests will just throw out a paper invitation once the event is over, so you might as well go cheap in this area to spend more on party food or gifts.

If you truly want a paper invite, many online services make reasonably priced invitations. It’s easy to make something professional without spending a ton. (VistaPrint, Zazzle and Shutterfly are some good places to check out.)

If you’re willing to consider the DIY route, you can buy wedding- or bridal shower-themed printer paper and print out an invite on your home computer. Or buy blank note cards and use your crafting superpowers to make your own invites. This is best done for smaller soirees; you don’t want to hand write 50 individual cards.

These days, the host, whether a member of the bridal party or a friend, shouldn’t be shy about sharing co-hosting duties and party costs. Ask bridesmaids to bring a few items so that the entire cost doesn’t fall to one person. Or divide responsibilities: one friend can be in charge of food, another supplies the drinks and a third buys the decorations.

Dividing the responsibilities keeps it affordable for everyone. Most bridesmaids expect to chip in for the festivities, but they’ll be relieved if they don’t have to cover all the costs themselves.

Rose Overbey worked her way up at a boutique public relations firm in Washington, D.C., from junior writer to director of business development. She's worked with national brands and on executive-level ghostwriting projects. In mid-2012, she acted on an urge to pursue a career in teaching and now teaches kindergarten at a Title 1 school in the District of Columbia. Despite the career switch, Rose still freelances regularly. Rose has also been published in The Washington Post. She loves to take advantage of all the good deals the D.C. area has to offer — and refuses to pay full price for anything.