You spend lots of money taking your family on vacation miles from home. You want your photos to be perfect.  Nothing is more disappointing than vacation photos that miss the mark. Why not spend a few minutes learning techniques that can make your photos winners? 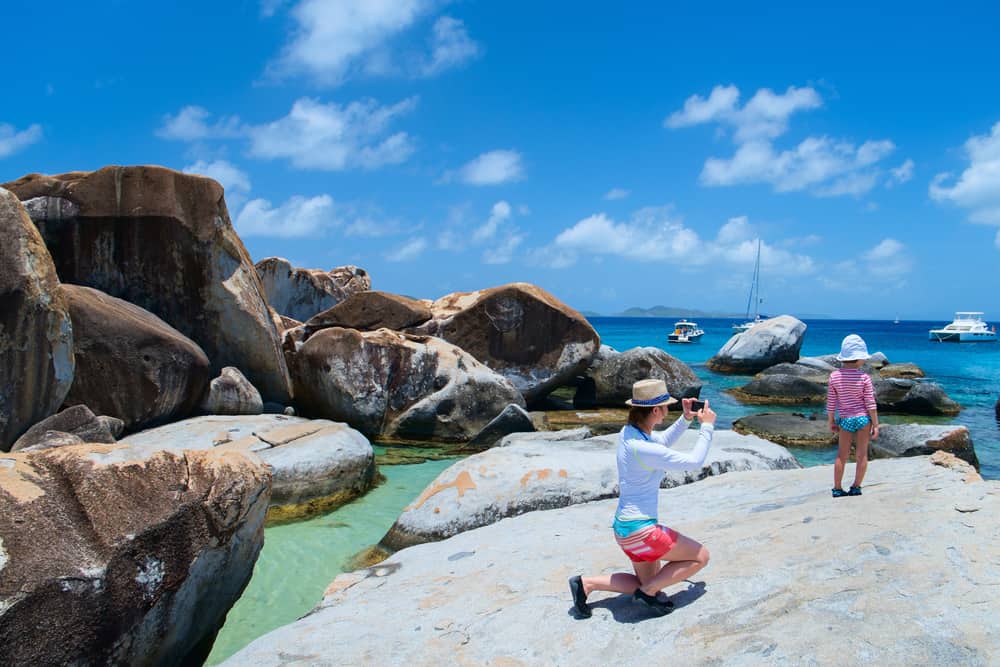 Move in. “For vacation photos, often there are two main subjects — the who and where,” Szczepanski said. You’ve gone to the trouble of flying or driving to this location, so you want to include it and your friends and family in the photo. “Sometimes people take a picture of their family standing in front of, say, Niagara Falls but the people in the photograph are so small, you can’t tell who it is or you can’t see the details because they (the photographer) backed up so far to see all of the falls,” he said. Solution? Get closer to the subject but zoom the lens out. “Your subject will be bigger but by zooming out, you’re still able to see where those people are,” Szczepanski said.

Watch the sun. (Where it should be might surprise you.) “It’s commonly thought you don’t need to use a flash outside, so people put the sun over their shoulders like all those little disposable cameras tell you to,” Szczepanski said. “That means your subjects’ faces are in direct sunlight causing shadows under the eyes, nose and neck — and they’ll be squinting, too. It’s better to have your subject’s back to the sun, so the sun is not hitting their face directly.”

Bounce your flash. You can capture a restaurant’s atmosphere using a flash to lighten the foreground, leaving the décor and ambiance of the restaurant in the dark. “The farther the flash goes, the darker it gets,” Szczepanski said. “The flash brightens up the people just fine, but by the time it hits the background or the rest of the restaurant, it’s way too dark and it comes out black.” A digital SLR camera and an external flash allow you to bounce the flash off the ceiling instead of pointing it directly at your subject. That spreads the light out across the ceiling and reflects it back down, resulting in a much softer light, he said. Plus, skin tones look more realistic than the bright, white sickly-look skin tones that direct flash usually produces. But what if your point-and-shoot camera doesn’t have a “hot shoe” allowing you to attach a flash? Then try changing your ISO setting.  That’s similar to ASAs in film cameras. However, digital cameras allow you to change the setting between every photo. “The higher that ISO number is, the more sensitive your camera is to light,” Szczepanski said. “It allows you to take pictures without flash, without the pictures going blurry,” he said. The shutter works more quickly, so you’re less likely to shake the camera while you’re taking the picture. 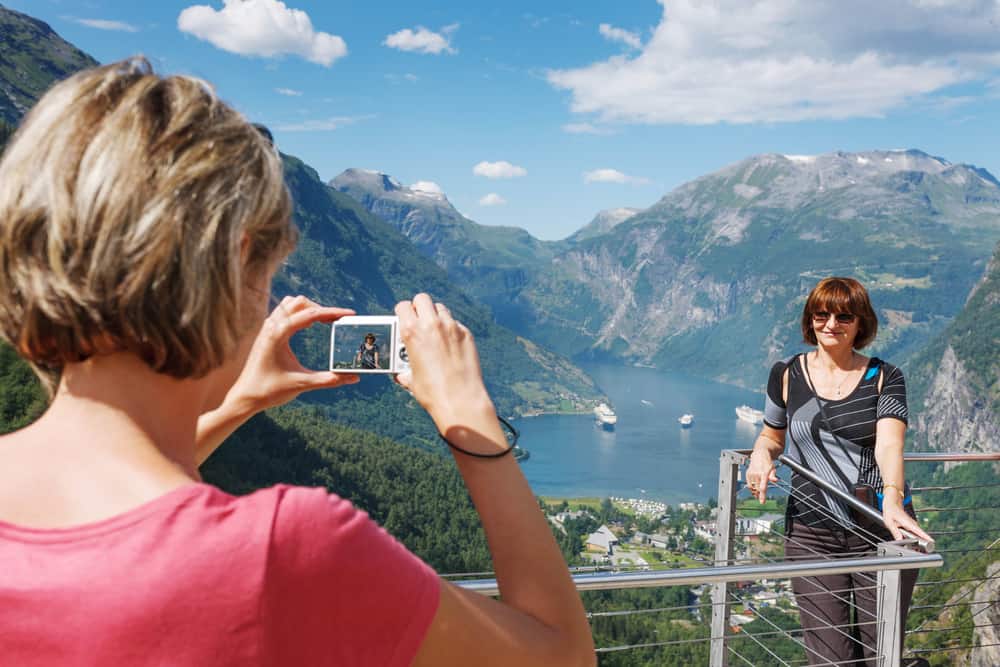 Check the background. “Too often people get too caught up with the main subject, usually people in the photo,” Szczepanski said. “They’re looking at:  ‘Are their eyes open? Are they smiling? Are they looking at the camera?’ What they’re not paying attention to is the background.” That can result in light poles growing out of the top of your subjects’ heads. Simply changing positions can help.

Keep people in focus. Most point-and-shoot cameras allow you to depress the shutter button halfway to focus on your subject. That’s a huge compositional control because you can choose what you want to focus on. Just press the shutter button halfway down to lock in the focus and then reposition the camera to compose the shot. “The subject stays in the frame but as long as you hold that shutter button down, they will stay in focus and you can exclude those cars and other elements in the photo that aren’t working for you,” he said.

Take pictures every day. The best way to improve your photography skills is to practice. Shoot as many pictures as you can of everything you see. Have fun with the camera, and take risks. Years ago, I would be careful with shots because of the cost of processing. Now, digital cameras allow you to take as many as you want, and delete as many as you want.  Experiment with style and subject, and you will find your personality will begin to come through. 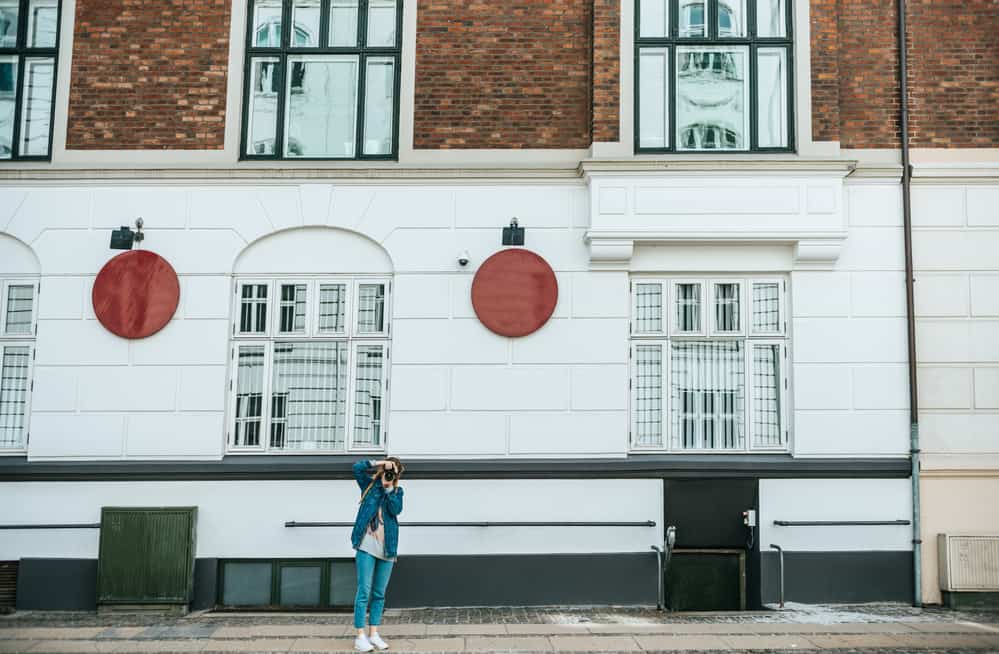 Pick a lens or two. Don’t get bogged down with equipment. You will start to resent that heavy pack. You want to carry your camera with you at all times and really enjoy shooting pictures. Start with a 35 mm and a 28 mm lens, and one camera body. Make sure you have extra batteries. You can take more pictures and get to know your camera.

Think outside the automatic button. Play with ISO and shutter speed on your camera. Higher ISO numbers will stop action, and lower numbers will allow you to blur movement. Lower aperture numbers can separate the subject from a landscape, creating a clear portrait of the person. Some blurry photos tell a great story, but to capture fast action, like a dive into a lake, use a shutter speed of 1/500 or greater. City lights can be blurred by longer shutter speeds. Play with movement, and see what brings a smile. Remember, you can always delete what you don’t like.

Keep shooting after “the shot”. Everyone has said “cheese” and held still for the camera. Click. Instead of immediately checking to see if that shot s a keeper, continue to take pictures as people relax and move away from the pose. Focus in on one or more smaller groups, or kids who break off to play. These are the special moments that you could miss if you are too busy editing on site.

Print. Don’t forget to make prints of your photos so you and your family can enjoy them. Printing and hanging them on the wall allows you to relive those vacation memories daily. “What’s the point of taking pictures if they’re going to sit in your computer?” Szczepanski asked.

Travel tips for you and your dog

Easy ways to earn miles and points for travel 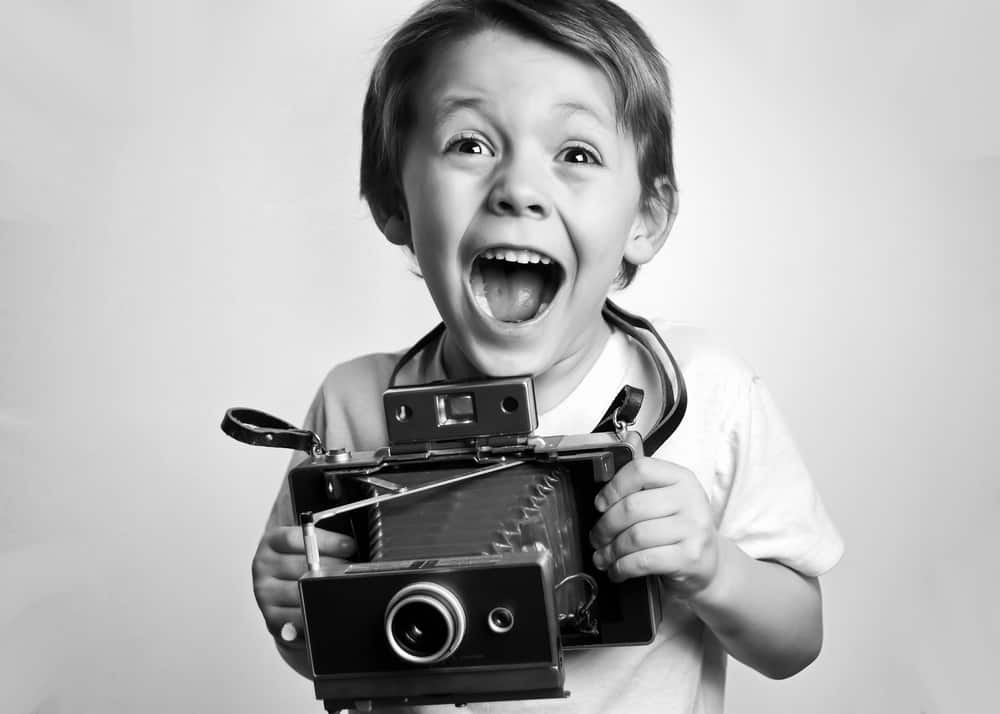