Since 1955, the team at North American Aerospace Defense Command (better known as NORAD) has kept track of a sleigh pulled by eight reindeer. In the early days, curious kids had to telephone in to find out Santa’s flight path. Well, the times have changed, thanks to technology. Now, everyone can track Santa’s route on Christmas Eve, as well as receive updates from the North Pole online at NORAD Tracks Santa. Leading up to the big day, kids of all ages can explore Santa’s Village, play games and watch movies. Like Santa, the site can speak to children in many languages, including English, Spanish, French, German, Italian, Chinese and Japanese. NORAD won’t reveal its top-secret tracking techniques, but we know a combination of radar, satellites, Santa-Cams and fighter jets are used from the moment his sleigh takes off to its return landing at the North Pole. In fact, Rudolph’s glowing red nose gives off an infrared signal that can be detected by NORAD’s satellites. If this doesn’t convince the kids that Santa is on his way, nothing will. 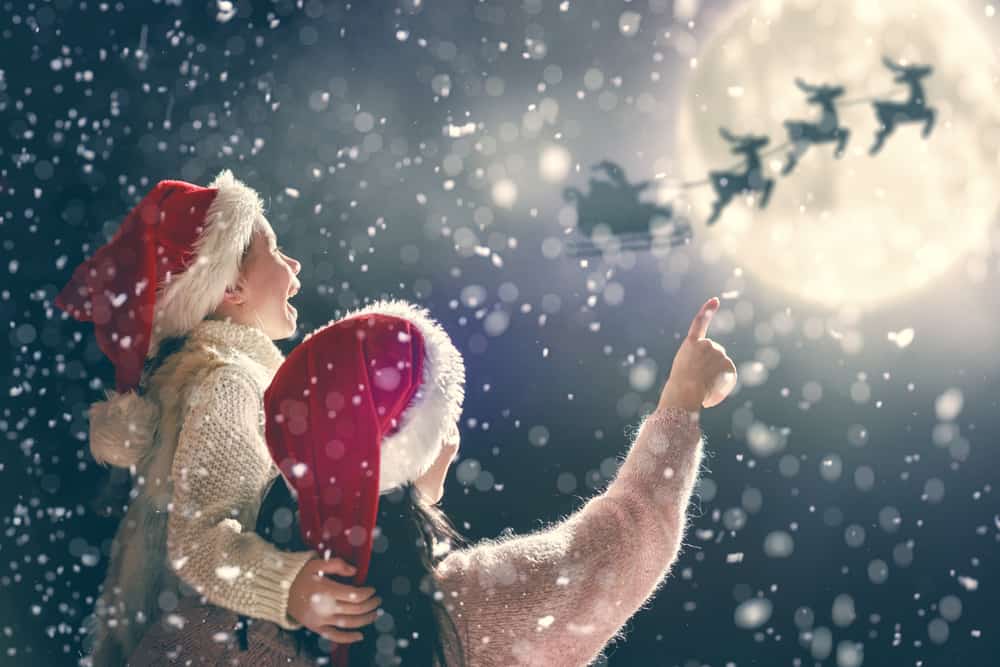