Chicken wing lovers will be looking for “cheep” deals on National Chicken Wing Day, July 29, 2022. Many restaurants are celebrating the saucy day with FREE chicken wing promotions. Now, that’s something for bargain hunters to cluck over!

Legend has it that the chicken wing crossed the road to stardom in Buffalo, N.Y. in the ’60s. To curb late-night cravings, owners of the Anchor Bar served up some wings (with butter and hot sauce) to their son and his friends. Since then, the chicken wing has become a favorite for appetizers, parties, snacking and any gathering to watch sports. 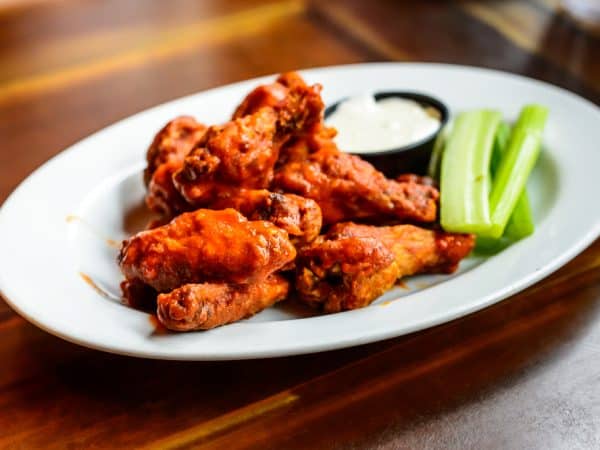 Don’t forget to look on your local Living on the Cheap network sites for more deals in your community, too.

The following offers are available at participating locations, while supplies last.

Enjoying wings on National Chicken Wing Day is cheap and convenient, thanks to 7-Eleven. This year, 7Rewards and Speedy Rewards members can get saucy with 10 classic wings for just $10 on July 29 and 30.

The offer is only available via the 7Rewards or Speedy Rewards app.

Applebee’s serves boneless wings and double-crunch bone-in wings on its appetizer menu. And, if you celebrate National Chicken Wing Day at the popular restaurant, wash the wings down with the chain’s Sunshine Sips for just $6 each — Electric Lemon Crush and Strawberry Summer Squeeze.

If you prefer shrimp, get 12 double-crunchy shrimp for just $1.

Of course, one of the hottest places in the country on National Chicken Wing Day will be Buffalo Wild Wings, given the popularity of its wings and sauces. In honor of the saucy day, Buffalo Wild Wings is offering fans six (6) FREE boneless or traditional wings with any $10 dine-in purchase on July 29.

On National Chicken Wing Day, Duffy’s Sports Grill is offering five (5) of its traditional jumbo or boneless wings for $8.99 on July 29. The saucy offer is available from 11 a.m. to 4 p.m. for dine-in only.

Duffy’s Sports Grill is a family-owned restaurant with 33 locations in Florida.

For many chicken wing lovers, there is no better place to celebrate National Chicken Wing Day than at Hooters. The popular restaurant is known for its signature wings and sauces. Fans can enjoy 10 FREE boneless wings with the purchase of 10 wings any style on July 29. The offer is only available for dine-in. Be sure to double-check participation before ordering, as the offer may be regional.

Calling all wing connoisseurs, aficionados and enthusiasts! There’s just one place to celebrate National Chicken Wing Day — It’s Just Wings. Whether you like bone-in, boneless, sauced or dry-rubbed, the popular restaurant has the wings for you. Plus, with 11 sauces from which to choose, as well as FREE fries and ranch dressing with every order, It’s Just Wings is the place to be on July 29.

From July 28 to 29, order $20 or more of wings from ItsJustWings.com and get 11 FREE boneless wings — use promo code WINGDAY22. And, to keep the party going, the saucy deal continues through DoorDash and UberEats from July 29 to 31.

Native Grill & Wings is winging it for National Chicken Wing Day. The restaurant is offering 59-cent traditional wings on July 29, as well as every Tuesday in July. To up the savings, customers can also enjoy a large pepperoni pizza for $8.99 on the same days. The offer is available for dine-in and online ordering via nativegrillandwings.com.

Native Grill & Wings has 21 locations in Arizona, as well as one location in both Illinois and Texas. 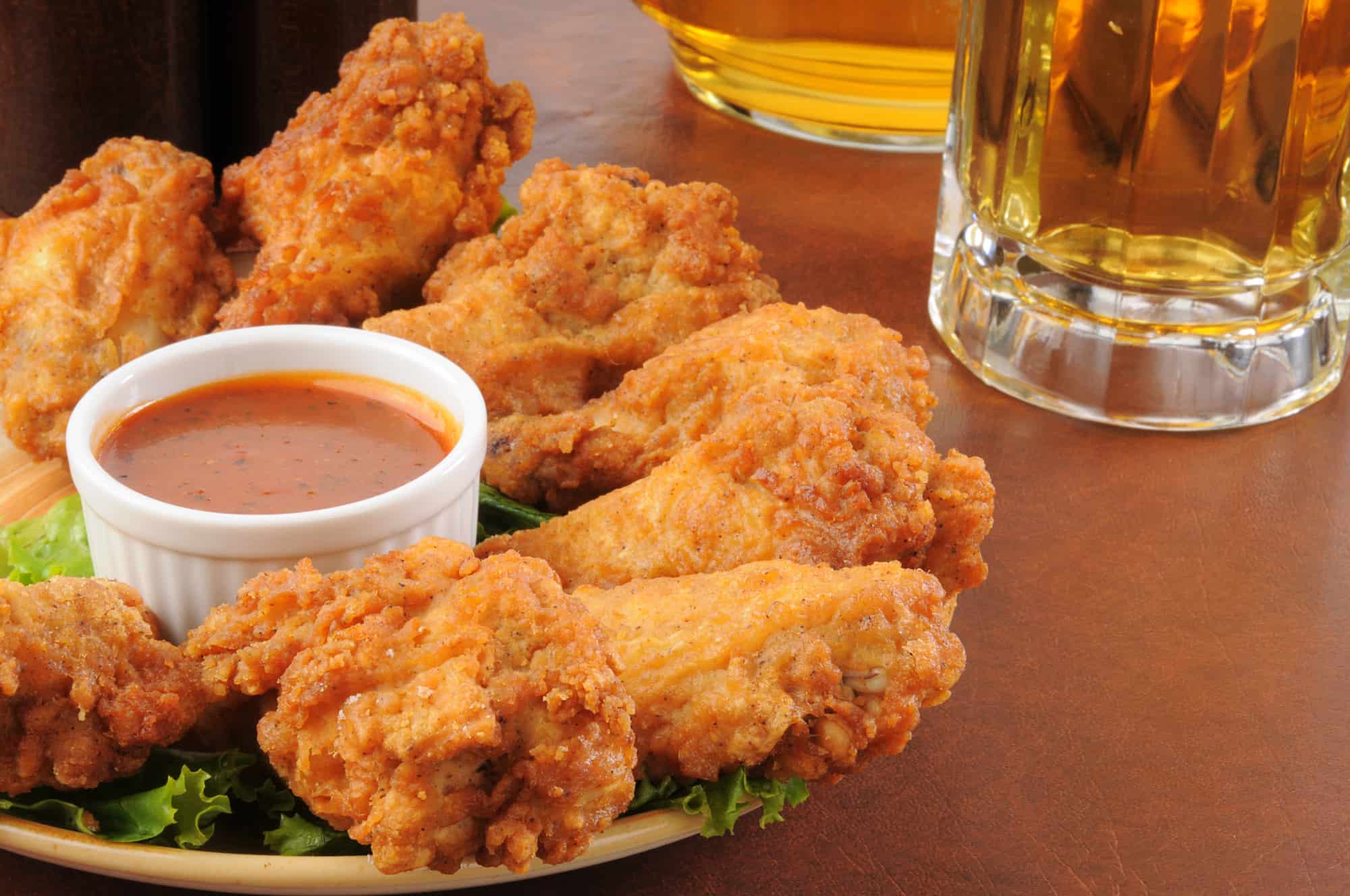 Chicken wing fans can fly over to Wings Over on National Chicken Wing Day. The regional chain is celebrating the saucy day by offering two (2) FREE tenders with any purchase (including wings) on July 29. The offer is only valid online or via the chain’s app — use promo code WINGDAY22. The offer is available for pickup, takeout or delivery.

Wing fans will only want to make one stop on National Chicken Wing Day — at Wingstop. The popular wing chain is giving customers five (5) FREE wings (classic or boneless) with any qualifying purchase. On June 29, fans nationwide can enjoy the complimentary wings by ordering on Wingstop.com or the Wingstop app and using promo code FREEWINGS. (To get the FREE wings delivered directly to your door, a $10 minimum purchase applies.)

For more variety, fans can snag the National Chicken Wing Day deal alongside Wingstop’s Triple Meal Deal for only $17.99 — with boneless wings, classic wings and tenders in your choice of three flavors, two dips and a large fry.

Get in the zone on National Chicken Wing Day. Wing Zone serves up a variety of wings and sauces. No deals or giveaways have been announced yet for 2022.  Follow them on social media for any updates.

Zaxby’s is serving up a big deal on National Chicken Wing Day. On July 29, the quick-service restaurant, known for its Chicken Fingerz, wings and signature sauces, is celebrating the day with a special buy-one-get-one FREE Boneless Wings Meal. Served with Texas Toast, crinkle fries and Ranch sauce, the meal features five tender boneless wings tossed in one of eight different sauces.

The offer is only available via the Zaxby’s app. Simply place an order for two Boneless Wings Meals on July 29 and, upon checkout, one will be discounted.

The chain has more than 900 locations in 18 states.