Many families are hoppin’ to get back their favorite summer pastime — going to the movies. And, this weekend, a much anticipated family-friendly sequel hits the big screen, Peter Rabbit 2: The Runaway.

In this sequel to the first furry flick, “Thomas and Bea are now married and living with Peter and his rabbit family. Bored of life in the garden, Peter goes to the big city, where he meets shady characters and ends up creating chaos for the whole family.” 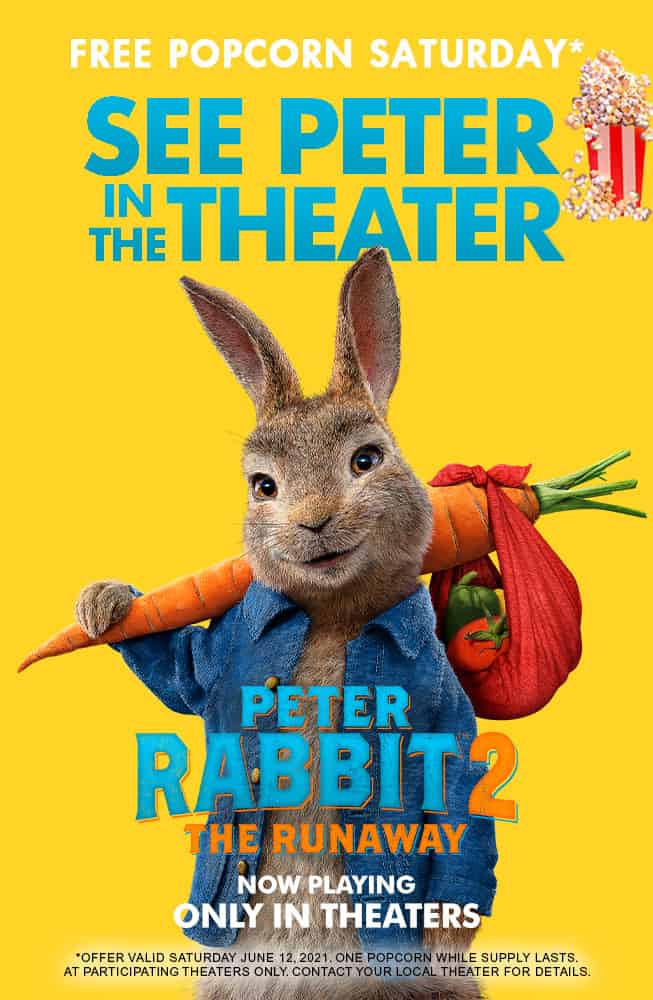 The studio behind the film, Sony Pictures, is making it more budget-friendly for frugal families to see the movie this weekend.

Participating theaters are offering a FREE small popcorn with each ticket purchased to see Peter Rabbit 2: The Runaway on June 12. The redemption process varies at each theater chain, from just showing your ticket at the concession stand to picking up a voucher at the box office.

Not all chains are participating, so check first before scurrying over to the theater.

It’s definitely a “hare-raising” deal, given a small popcorn costs around $5 at most chains.

Find out where families can enjoy summer movies series on the cheap with our round-up.