When you hear the words “winter vacation,” you probably see dollar signs floating by. Ski trips, beach getaways and cruises to warm places tend to be pricey endeavors.

Even if your budget is on the skimpy side, you don’t necessarily have to skip vacationing in the winter.

In some cases, airfares drop after the December holidays. Last month, we found fares between St. Louis and San Francisco for an amazing $101 each way and an incredible $94 to nearby Oakland. And that was including taxes and fees. Even now in early February, you can get a one-way fare of $145, which, given the barrage of fare increases last year, looks like a decent price.

Many living in the blustery part of the country long for excursions to warm-weather places, but you can still have a nice vacation break from the humdrum even if the weather isn’t much of an improvement. There’s a lot to recommend some places in winter. You won’t have to deal with 100 degree-plus weather, and, best of all, you’re likely to score a deal on airfare and hotels.

Of course, you have to balance that with the negatives – the weather is iffy, you may encounter rain or snow, some attractions may be closed for the season and you’ll have to pack bulky clothing. But if you’re willing to bundle up a little, you can save another kind of bundle and have a great time. 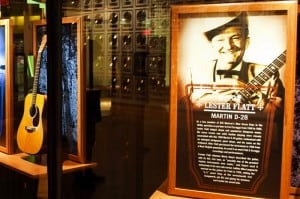 Nashville’s not so far south that you don’t have to worry about snow and ice, but who cares what the weather is when you’re enjoying those “Nashville cats” twang at the Grand Ole Opry, taking in a performance at the Ryman or browsing the Country Music Hall of Fame.

Not that music’s the only draw. The Parthenon in Centennial Park is the only full-scale reproduction in the world of that famous Greek temple. It houses the city’s art museum. A must-see: the almost 42-foot Athena Parthenos, said to be the tallest indoor sculpture in the Western world.

And that’s not all. Southern mansions, family attractions and breweries, wineries and a distillery also beckon. Plus, FREE events abound in Music City. You’ll also want to check out the “Winter Deals From $75” box about halfway down the home page on the right for lodging deals.

To help you plan your trip, order a print version of the 2013 Nashville Visitors Guide or you can view the online version. 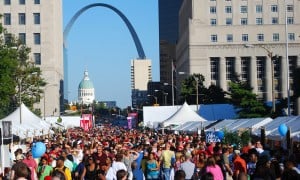 No, you can’t see the Cardinals or the Rams play when you visit in the winter, but the world-famous St. Louis Zoo, the fabulous Saint Louis Art Museum and the ever-interesting Science Center are fun any time of the year.

The Gateway Arch soars year round, and visitors can take the thrilling ride to the top in any season. No matter what the weather, you can explore St. Louis’ past at the historic Old Courthouse and the Lewis and Clark Expedition in the museum under the Arch.

Winter prices are often a real bargain. For example, you can book a downtown hotel overlooking the Arch grounds through the St. Louis Convention & Visitors Bureau for just $51 a night in February. As a bonus, save on attractions, meals and lodging at area Drury Inns with the Family Attractions Card. And save even more with the CVB’s Hot Coupons and Deals page.

Check out the latest St. Louis Visitors Guide online or request a print copy. Of course, you’ll also want to check out St. Louis on the Cheap. 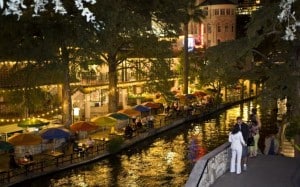 Undoubtedly the coolest thing about San Antonio is exploring the Riverwalk – either on foot or in a boat, and you’d like the weather to be decent for that. San Antonio’s winter is unpredictable but you can hope you’ll get more of the 50s-in-the-morning-75-in-the-afternoon days the area sees in February than the cold, rainy ones.

San Antonio’s numerous museums and historical sites will also keep you busy, and with a little luck, it will be theme-park weather. Sea World opened Feb. 2 this year and Six Flags Fiesta Texas opens March 2.

Even though the rodeo is in town most of February, lodging costs are attractive with several chains listed with the Convention and Visitors Bureau coming in at $50 or less.

Another bright spot – you can save up to 48% on entrance fees to to the city’s top attractions with a San Antonio and Beyond Prepaid Card. You can buy the card online or when you arrive in the city. You can also save up to 55% off local attractions with the Go City card. The Go City card lets you customize which attractions you want to visit. And for discounts on hotels and attractions, download SAVE (San Antonio Vacation Experience) coupons from the website as well as the mobile ap.  And order your FREE San Antonio Travel & Leisure Guide or download a digital version to help plan your trip. 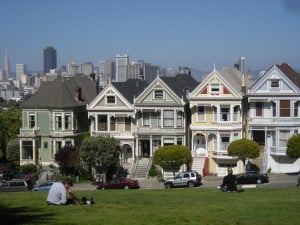 By most measures this is the priciest city in the country. However, that doesn’t mean you can’t find a bargain here occasionally. You can save up to 55% off local attractions with the Go City card. The Go City card lets you customize which attractions you want to visit. In addition, at the moment several hotels (including a couple we’ve used and would go back to) on the San Francisco Convention and Visitors Commision website list prices in the $60 to $99-a-night range for dates in February. More than once we even scored great prices on hotels at Fisherman’s Wharf during prime summer dates using Priceline.com.

And the weather? Remember Mark Twain’s comment on it? “The coldest winter I ever spent was summer in San Francisco.” Scholars claim he never said it but the sentiment does have an element of truth. San Francisco’s weather is topsy-turvy. Summer days can be quite cold with a biting wind, fall can be the warmest time of year and February can be beautiful or brutally dank and cold. We’ve experienced it both ways.

Still, winter can be a wonderful time to visit. Chances are the temps will be in the 50s, which, for most visitors, is warmer than it is at home. The cable cars are still ding-ding-dinging in winter, the shopping’s just as exciting and, with any luck, the buskers will still be performing in front of the Ferry Building.

And, if visiting Alcatraz is on your to-do list, Alcatraz Cruises, the National Park Service’s official concessionaire that takes visitors to The Rock, says January, February and March are the months to visit if you want to avoid crowds. April, May, September and October are actually the months with the nicest weather because of the island’s cold, foggy summers, the company says.