You could be having more fun with the camera on your smartphone, and I’m not just talking about selfies and pictures of your cheeseburgers. These five free apps that will enhance your creativity. Create collages, stop-motion animation videos, memes and time-lapse videos. Use an easy photo-editing tool to apply filters, straighten crooked pictures and eliminate red-eye. And, of course, show off your fab photos by sharing them quickly with friends or make them easily accessible on your computer.

Photoshop Express is a streamlined photo editor that allows you to do the most common editing functions: eliminate red-eye, rotate, flip, frame and straighten (or skew) photos. Twenty-two filters are included, including black and white, silvered and dream. The “magic wand” tool helps make bad photos look good. If Adobe Photoshop on your computer made you feel like a dummy, don’t worry. You’ll have no problem mastering Photoshop Express.

Joby is better known for its compact, bendy tripods, but its photo app for the iPhone and iPod Touch is a lot of fun. Use it to create stop-motion animation or time-lapse videos. If you’ve ever taken a slightly tilted picture of a landscape you’ll appreciate GorillaCam’s bubble level and grid overlay features. Android users, try Lapse It by Interactive Universe for $1.99. 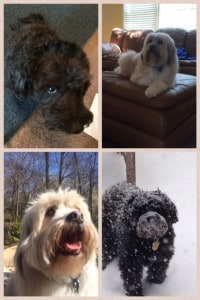 Create collages from your photos with Pic Collage. Choose a layout and then select photos. One nice thing about this app is that you can choose pictures from your phone, Facebook or Instagram. You can also add pictures from the web by doing an image search. In addition to using photos, you can fill collage space with stickers or text. When you’re done, save the collage to your phone, email it to a friend, or share it to just about any social media platform. 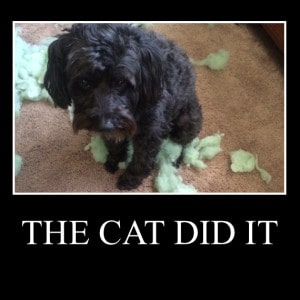 Memes, those photos with the ever-changing captions, traverse the web at lightning speed, so if you want to be part of the action (or part of the problem, for those who feel over-memed) you need a tool that’s simple and fast. PicMeme comes with several popular templates and you can create a meme in about one minute. PicMeme has a built-in function to share to Facebook, Twitter, Tumblr, Flickr or Muzy. You can also save your meme to your own photo album, but what fun is that? Android users, try Meme Generator by ZomboDroid.

OK, Dropbox is not really a photo app. Although it may seem like the stodgy uncle to these other apps, it’s possibly the best way to share photos if all you want to do is share them with a specific group of people and you don’t want to have a conversation about them. It’s also a great way to share photos with yourself. Enable “Camera Upload” in settings and all the photos and videos from your phone will be automatically uploaded to a Dropbox folder in your account called Camera Uploads. Enable “Use Cellular Data” and they’ll upload even if you’re not connected to WiFi. But be careful of this option (says the person who accidentally ran through 75% of her data plan testing this feature). Alternately, turn off “Camera Upload” and just manually upload the pictures and videos you want. The manual upload is a little tricky to find. On the main screen of the app, touch the three dots on the top right and then touch Upload. You can access Dropbox on any computer and view and download your pictures.

Jody Mace is a freelance writer who has written for publications like O Magazine, Washington Post, and Parents. She lives in Charlotte, North Carolina with her husband and two teenaged kids. Her colleagues are dogs named Harlow and Shaggy. She publishes Charlotte on the Cheap and takes the “cheap” seriously. For fun she plays mandolin and browses at her local Goodwill Store, where she is “Foursquare Mayor,” as long as that Russell G. doesn’t steal it from her again. You can see her celebration of thrift store finds at Thrift Wrecks.