Rev up your engines, frugal film fanatics! The 9th installment of the “Fast & Furious” franchise hits the road on movie screens everywhere June 25.

To get ready for the much-anticipated film, Regal Cinemas is offering FREE screenings of the first eight films of the popular franchise with its Fast Friday series at participating theaters. 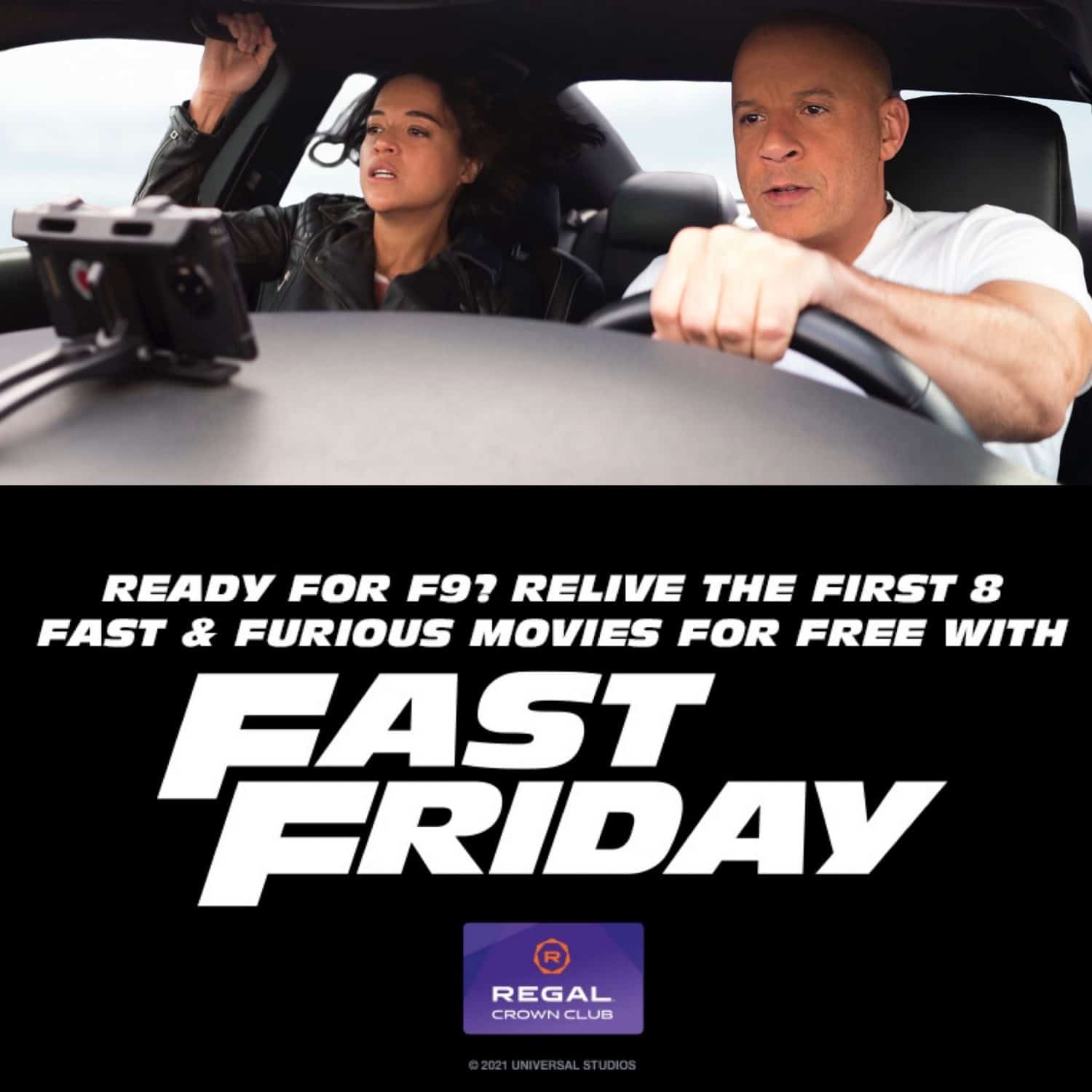 The offer is only open to Regal Crown Club members — two FREE tickets per screening.

To get the complimentary tickets, members simply load the tickets to their account in the Regal app or scan their Regal Crown Club card at the box office or kiosk.

Tickets are available on each respective Saturday for the following week’s screening, while supplies last.

April 30 – The Fast and The Furious