Many Americans fear they’ll never be able to retire, but there are those who are able to retire early, saying goodbye to the rat race before they hit 60 and pursuing their true passion. For many, that passion includes continuing to work, but at their own pace and doing something they truly enjoy.

Living the dream of retiring abroad 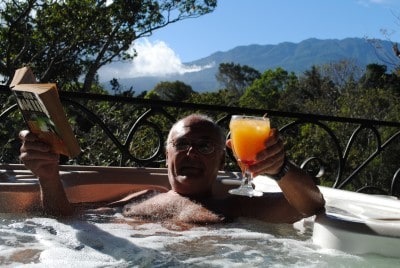 Richard Detrich never expected to retire. He started his career as a pastor, ran a cruise travel agency, worked in e-commerce and ended up selling real estate, a career he thought he could pursue indefinitely. Detrich and his wife, who worked for the county health department, owned a nice house overlooking the water in Ventura, California. But her stressful job was endangering her health, and they started thinking about a change.

“I had always thought I would work until I dropped,” he says. But that was before Detrich “got tired of the traffic, the rat race, being a slave to my cellphone. … There comes a time when you need to cash in your chips and leave the casino.”

When he was 62 and she was 55, they sold their house, left their jobs and moved to Boquete, Panama. Ten years later, he has written several books, including “The NEW Escape to Paradise: Our Experience Living and Retiring in Panama,” provides information on his website about moving to Panama and interrupts his retirement to lecture on cruise ships for several months each year. His wife, Nikki, runs a small coffee farm and does volunteer work.

Living in Ventura, he estimates that 39 percent of their income went toward their home and another 40 percent toward state and federal taxes. Living now in the mountains of Panama, they don’t pay for heat or air conditioning at the dream home they built on their coffee farm. And their water bill is $60 a year. As U.S. citizens living abroad, they can exclude up to $100,800 in earned income from federal taxes.

For the Detrichs, the key to retiring early was cutting expenses as well as trading an expensive home for a cheaper one. When they moved to Panama, he estimated that they could live for 40 percent less than they did in California. Costs have risen, but he estimates they still spend 30 percent less.

His Social Security income and his wife’s pension are supplemented with income from their coffee farm, his cruise ship lectures and books and their investments. That’s enough to live well in Panama.

They hadn’t planned to enter the coffee business and, in fact, started their Panama lives in a gated community before they moved to the farm. “It’s given us entrée into the local community that we wouldn’t have had otherwise,” he says, though he still struggles to communicate in Spanish.

“Our only regret is that we did not do this sooner,” he says. “Sometimes you have to dare to dream and start looking.”

Surf’s up in Hawaii 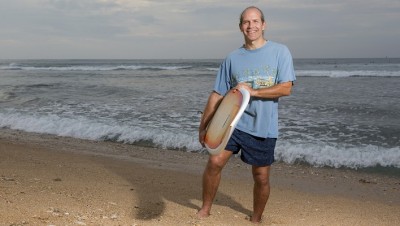 Doug Nordman didn’t set out to retire at 41. As he got ready to leave his military career with the U.S. Navy’s submarine force after 20 years, he surveyed other career options. But after years of 50- to 60-hour work weeks or being on-call for weeks at a time, the last thing he wanted to do was essentially the same work in the civilian sector.

“There was a certain amount of burnout,” Nordman says. “I don’t know what I want to do when I grow up, but it wasn’t this.” He remembers thinking, “I just really want to go surfing for a while.”

He and his wife, Marge, a Navy meteorologist/oceanographer, had a 9-year-old daughter, Carol, who they wanted to spend more time with. After doing some math, he realized they could afford to live on his military pension and Marge’s earnings with the U.S. Navy Reserve, plus investment and rental property income.

What made early retirement possible for them was the frugal lifestyle they had embraced since they were married in 1986 and the savings habit he started from the time he stashed away $25 from his first paycheck after college.

“The best advantage we had was to save as much of our paychecks as possible,” Nordman says. “We weren’t brilliant investors. We made all the usual mistakes.”

“It’s not that I dislike working,” Nordman says. “What I object to is all the things that go with being an employee. I find I’m much happier doing my own thing.” Doing his own thing, in addition to writing, includes reading and surfing. He hopes his work will help other military members achieve financial independence.

“The advice doesn’t change, no matter what your job is: Track your spending,” he says. “Save as much as you can for as long as you can.” 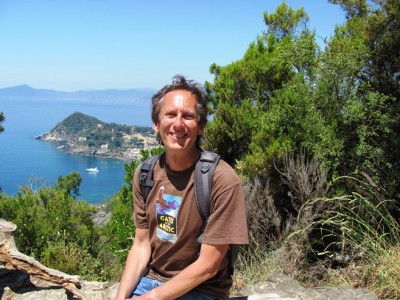 Stan Kimer always hoped to retire early. To that end, he started saving early, maxing out his 401(k) from his corporate job at IBM, investing in company stock and living below his means so he could build up assets. As he approached his mid-50s, he began making extra mortgage payments, with the goal of paying off his home mortgage in Raleigh, North Carolina, before he retired.

At 54, after 31 years at IBM, he negotiated a retirement package, with a plan to travel the world. That lasted about six months.

“When I first retired, I didn’t retire with the intention of going back to work,” says Kimer, who lives with his partner of 24 years (who is not retired). “I got tired of family and friends saying, ‘You’re too young to retire. You have too much to offer.’” So he took advantage of career coaching that was part of his severance package and became a consultant.

“I can do the things I most loved at IBM and skip the rest of it,” he says. Now almost 60, he runs Total Engagement Consulting by Kimer, which provides diversity training with an emphasis on gay and lesbian issues and works with companies on their employees’ long-term career planning. He did both these jobs at IBM.

He tracks his time and consciously works only 24 hours a week, focusing 60 percent of his time on his business, 20 percent on volunteer work and 20 percent on fun – taking time out from all of that to travel three or four times a year. He just got back from a whale-watching expedition in Baja, California, and is going to Iceland with the Sierra Club in July.

He focuses his volunteer work on church and gay issues, as well as a vocational training center in Kenya. For fun, he took up figure skating, hiring a coach and attending the Dorothy Hamill Figure Skating Fantasy Camp last year. He skates three or four times a week and is entering his first competition next month.

Kimer attributes the freedom he enjoys now to his decision to be a saver. “I deliberately lived below my means and determined that I didn’t need to keep up with the Joneses,” he says. “If I underspent and saved a lot, I could end up enjoying my later life more.”

The way he works now is so much better than having a regular job, he says. “The most important thing is being my own boss,” Kimer says. “It really suits me well to be my own boss and being in control of my own destiny.”