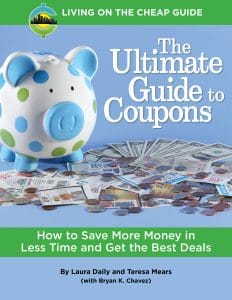 Teresa Mears is a website publisher, writer, blogger and editor who was raised to be frugal. In her 35 years as a journalist, she has written for papers ranging in size from the weekly Portland (Tenn.) Leader to The Los Angeles Times. She was an editor for the Miami Herald for more than 17 years, overseeing coverage of home, real estate, family and other subjects. She has also been a contributor to The New York Times, The Boston Globe, The Dallas Morning News and other publications. When she’s not writing about Florida deals, she writes and edits for MSN Money and does the Listed blog for MSN Real Estate. Teresa owns and operates Miami On The Cheap, Florida On The Cheap, Fort Lauderdale On The Cheap, Palm Beach On The Cheap, Orlando On The Cheap, Florida Keys On the Cheap and Jacksonville On The Cheap, as well as Baltimore on the Cheap and Washington, D.C., on the Cheap.