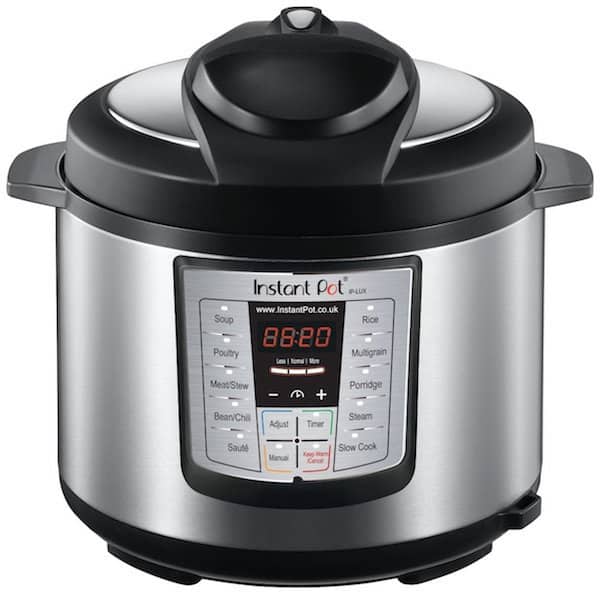 If you don’t have an Instant Pot yet you might have heard others raving about it. It’s been one of the hottest kitchen appliances for more than a year. It can replace a bunch of other appliances. It’s a pressure cooker, a slow cooker, it can sautee, steam, warm… It’s a rice cooker.

It’s so popular that there are Facebook groups devoted completely to the Instant Pot, the most famous being Instant Pot Community, which has more than 155,000 members. I use it myself and love that I can cook frozen chicken breasts in 21 minutes and make perfect hard boiled eggs that slip out of their shells like none I’ve ever made. Other people do much fancier things, though. Check out the Facebook group. Search for “cheesecake.” I’m not joking.

Right now the Instant Pot IP-LUX60 6-in-1 Programmable Pressure Cooker, 6-Quart 1000-Watt is on sale for $59, down from its regular price of $210. That’s a 70% savings. I’ve never seen it this low and it will sell out quickly. (But if it seems to be sold out, go back and check in a few minutes just in case it has been restocked. That happened to me.

If it does sell out, or if you’re interested in a different model, others are on sale too right now at Amazon.

Check out other Amazon Cyber Monday deals too. There are some amazing ones.